Preemption of Police Reform: A Roadblock to Racial Justice 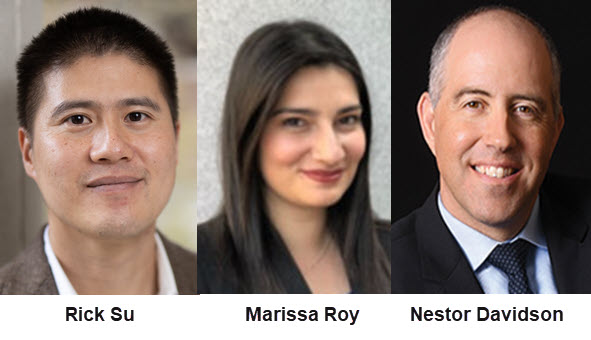 Last summer, the movement for racial justice came to city hall. Across the country, community members reacted to the horrific police murders of Black Americans, including George Floyd and Breonna Taylor, by renewing calls on their local governments to engage in meaningful police reform. They called for a wide range of overdue reforms, such as increasing transparency and accountability, restricting use of force, and reallocating resources from law enforcement to support nonarmed emergency response and public health and human services.

Instead of supporting these critical reforms, some states targeted cities that prioritized racial justice by preempting those cities' ability to engage in meaningful change. In the 2021 legislative session, ten states proposed at least twenty-four bills to preempt local governments from reducing their municipal law enforcement budgets, five of which ultimately passed. State leaders were transparent that their aim was to quash police reform and racial justice efforts: when signing House Bill 1 into law, Florida Governor Ron DeSantis stated “[t]his bill actually prevents against [sic] local government defunding law enforcement .... We'll be able to stop it at the state level.” However, these preemption efforts have much broader implications than preventing police reforms: in Florida, as many cities face declining revenue this fiscal year, House Bill 1 allows for the takeover of a local budget if any reduction is made to law enforcement spending, including necessary cost-saving measures such as a voluntary early retirement program to freeze hiring across municipal departments. These new preemption measures bring the state into some of the most fundamental functions of municipal governance.

This wave of police reform preemption is relatively new and still limited in scope but should be cause for great concern. These preemption bills are racially targeted, explicitly aiming to stymie collaboration between racial justice activists and local government. And further, these bills are not sound policy, as they directly interfere with local governments' ability to respond to constituents and manage a municipal department. Rather, these bills are transparently partisan, placing conservative states' culture wars above the welfare of communities.

Now is the time to pay attention to this new trend in preemption. Only a handful of states have targeted municipal police reform, but if left unchecked, such preemption strategies will likely spread to other states. And without scrutiny, some states will feel emboldened to encroach further on the municipal ability to control and reform police departments.

I. Overview of the Intergovernmental Administration of Criminal Justice

Law enforcement in the United States falls within interrelated federal, state, and local government domains. While the federal government has the power to criminalize acts with interstate or national implications, states have broad police powers under our constitutional structure. Generally, what acts are deemed criminal is determined by state law, with some localities adding extra criminal penalties or covering different criminal matters within their jurisdictions, particularly in the realm of misdemeanors.

Although states define the scope of most criminal acts, much of criminal investigation and law enforcement happens at the local level. The multiple local governmental entities and actors involved in the administration of criminal justice vary in their relationship with the state. Municipal police departments, county sheriffs, and district attorney's offices all work within local jurisdictions, but some have state obligations as well. In Florida, for example, state law deputizes state attorneys with specific duties, though they are locally elected and carry out their duties locally. Municipal police departments are locally controlled, however, because cities in Florida wield full authority to establish and manage their own police departments to meet local priorities. Across the country, local governments generally allocate funding to police departments, appoint the chief of police, and influence or set departmental priorities and policies to ensure that policing is responsive to localized public safety concerns, even though the police are charged in part with enforcing state laws.

States are dependent in large part on local public safety offices for the enforcement of state law, with municipalities deploying local resources to do the frontline work of policing in their communities. In 2008, most police forces were county and city police departments, with city police employing 52% of all public safety officers in the United States. After public education, policing accounts for the second-largest category of municipal spending--approximately 9.2% of all local spending. Since many states do not contribute to funding these departments, municipalities have made choices about how their local resources are best used for public safety. According to the U.S. Department of Justice, municipal governments spend over four times as much as state governments on police via direct expenditures.

States have historically used preemption to control aspects of local policing. The most notable past exercise has been the adoption of the Law Enforcement Officers' Bill of Rights (LEOBR) starting in the 1970s. These LEOBRs limit the extent to which local governments can hold individual police officers accountable for misconduct under state law. In Maryland, where the strictest LEOBR was enacted, localities were prevented from “punishing officers for 'brutality’ unless a complaint [was] filed within ninety days of the alleged incident.” Since Maryland first adopted its LEOBR in 1972, approximately sixteen states--which currently employ over one-third of all municipal police officers in the United States--have LEOBR statutes, with eleven more considering adoption. While state-specific LEOBR statutes vary, each limits localities' discretion while investigating police conduct and provides additional protections for officers.

The growing abuse of state preemption of criminal justice reform has larger ramifications for efforts to advance equity at the local level. Preemption of local budgeting, police accountability, and police discretion hobble the work of municipalities centering the perspectives of communities of color in their administration of criminal justice, undermining the ability of local governments to advance the concerns and priorities of their residents.

There are several core grounds on which the case for preserving meaningful local discretion in police reform is critical. To begin, local governments are in a much better position than the states to understand the conditions under which law enforcement actually operates on the ground, balancing the importance of equity with the necessity for public safety. When that balance fails, the consequences are felt most strongly at the local level. That critical feedback loop between experience and governance fails when distant state capitals decide how the police should be funded, operated, and held to account.

Second, the values of local communities vary across states, and local discretion can tailor law enforcement approaches that meet the diverse needs of different communities. As general-purpose governments, municipalities can structure an equitable public safety program holistically, making reforms that respond to the local community through setting policing, housing, public health, and other priorities. Without full authority to imagine and implement law enforcement reform, local governments will not be able to structure a comprehensive community-safety agenda that makes sense in the places where policing is most immediately felt.

Third, accountability is particularly critical in criminal justice. Removing decisions about policing to the state level undermines the ability of residents impacted by local law enforcement to hold officials accountable. For communities of color in particular, accountability about policing is difficult enough at the local level--allowing decisions about how to advance equity and safety block by block, neighborhood by neighborhood to be made in distant state capitals risks significantly undermining confidence in law enforcement and engagement by the community. When states decide fundamental questions of local policy, it makes it more difficult for local voters to hold accountable the level of government most directly responsible.

States do have a role, of course, in local criminal justice. After all, states set most of the basic terms of criminal law and define the boundaries of the carceral state. But on matters of implementation, states should limit the preemption of local discretion to setting an equity floor, protecting state-wide interests in civil rights and civil liberties that transcend any given locality. Because state legislation cannot be tailored to varying local needs and unique community priorities, state legislation should not prevent local governments from experimenting with equitable reform initiatives beyond the floor set by the state.

This Essay has documented how local power and discretion are once again being threatened by state preemption laws, many of which further insulate police departments from public accountability. But there are promising signs as well: as the ripper bills paved the way for significant home rule reform, mobilizing around preemption of police reform as a fundamental issue of equity suggests paths for future advocacy.

Indeed, while many states have responded to demands for police reform by expanding the protections of police from accountability, some are rolling back existing preemption laws. Maryland is one such example. As the first state to pass a LEOBR in 1972, Maryland became the first state to repeal such a bill in 2021. Another example is Louisiana, which amended its LEOBR to lower the time police officers are exempt from questioning from thirty to fourteen days and expanded the time limit for investigations from sixty to seventy-five days. To be sure, even with these amendments, Louisiana still has one of the most protective preemption laws for police officers. Yet the fact that the Republican-controlled state legislature felt compelled to lower those protections suggests that recent protests are working.

All of this is not to overly venerate how local governments have managed the balance between equity and public safety. The risk of local capture by the power of law enforcement unions is real, and there is a state role in setting neutral bargaining terms to preserve a fair labor process. Many states have also structured local finance in ways that incentivize the local use of fines and fees to support local services, too often leading to the criminalization of poverty. And local governments can face difficulties monitoring police abuse, as evidenced by federal pattern and practice investigations and settlement agreements in recent years. But those shortcomings must be remedied in local communities, so many of which are innovating in policing now to advance equity--if their states will let them.

Professor, University of North Carolina School of Law. Special thanks to Nicole Diaz for her excellent research assistance.