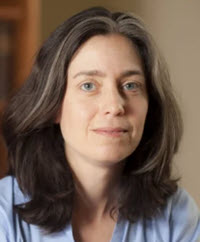 The United States has long acted as though it is safe from crimes against humanity occurring within its borders. Confident in its democratic traditions, constitutional norms, and commitment to the rule of law, it has treated mass atrocities as a danger that arises elsewhere, under authoritarian regimes or in wartorn states. Indeed, the United States considers itself a world leader in opposing crimes against humanity, genocide, and war crimes, regularly condemning these atrocities when committed by foreign governments and non-state actors.

But in fact, there is a real and growing risk of crimes against humanity within the United States, as illustrated by several paradigmatic events:

White supremacist and extremist violence: White supremacist and other extremist groups have escalated their hate speech, threats, and public displays of force from a deadly rally in Charlottesville in 2017 to an insurrectionist attack on the U.S. Capitol in 2021, in which the attackers carried Confederate flags, assaulted and killed police officers, and planned to murder the Vice President and Members of Congress;

Family separation policy: U.S. Customs and Border Patrol officers took thousands of immigrant children from their parents at the southern border of the United States in 2018, without tracking their family identities or locations, leaving many of these children still separated from their families today;

Sexual assaults against detainees: There have been thousands of allegations of sexual assaults by U.S. Department of Homeland Security (“DHS”) officers against immigrants in custody and detention that have gone uninvestigated by DHS; and

Furthermore, these developments are not momentary aberrations. Rather, they are the result of intensifying structural and contextual risk factors that are embedded in U.S. society and government institutions, like systemic racism, insufficient oversight in government agencies, and political movements that feed on nationalism and xenophobia. In addition, while the United States has a robust domestic legal system with ample constitutional protections and a complex administrative state with a high capacity for self-regulation, these existing protections have not controlled this escalating risk.

This Article contributes to the legal scholarship in these areas in several ways. It is the first to systematically and comprehensively assess the risk of crimes against humanity occurring within the United States, using the United Nations Framework of Analysis for Assessing Atrocity Crimes (“UN Framework”) to identify and appraise overarching factors affecting the level of risk in the United States today. This Article is also the first to examine the role that a federal law could play in preventing crimes against humanity within the United States. In principle, such a law could be transformative, providing for culpability for government actors who are currently shielded from liability, offering an additional bulwark against violence by powerful non-state actors, and presenting a basis for comprehensive safeguards throughout government agencies with the authority to detain and use force. In reality, crimes against humanity legislation would face significant political resistance and might deviate from international legal norms in ways that would render it less effective, or even counterproductive. Finally, this Article contributes to the understanding of several evolving concepts in international criminal law, such as the scope of the policy element of crimes against humanity.

Within government institutions, there are insufficient protections against the development of harmful policies, and there is a fundamental imbalance between authority and oversight. In U.S. society, there is a rising tide of White supremacy and extremism that is accruing the capability to commit acts of violence up to and including crimes against humanity. Whether the United States addresses these risks within the auspices of existing domestic law or by enacting new legal and institutional measures, it is imperative to act before that balance tips too far, and crimes against humanity are no longer a risk but an undeniable reality.

Professor of Law, University of Pittsburgh School of Law.