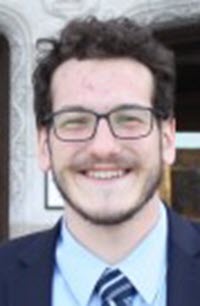 The majority of police interactions with civilians nationwide occur during traffic stops. Traffic stops, though common, can go awry and turn deadly. All too often, traffic stops are predicated by racial profiling. For example, a St. Anthony police officer justified a traffic stop of Philando Castile based on Castile's alleged resemblance to a robbery suspect, a resemblance that was based on racially coded language. The current moment is one of increased public attention towards criminal justice reform. In the eighteen months following George Floyd's death, thirty states and the District of Columbia passed policing reform. Despite this, much work remains to be done and it is an appropriate time to examine how technological advancements--particularly the emergence of autonomous vehicles and driver assistance technologies--can contribute to a safer and more equitable criminal law landscape.

Restricting the use of traffic stops--which have increased due to the use of the technologies outlined above--could help remedy issues of racial profiling, a practice that persists despite current reforms aimed at curtailing police violence. In fact, the reduction in police stops of pedestrians serves as a successful model for meaningful criminal justice reform. After New York City's liberal stop-and-frisk policy ended in 2014, the city did not see an increase in crime and was safer than it had been at any point in the preceding twenty-five years. Since then, major crimes have continued to decline in the city, supporting the view that decreasing police presence will lead to fewer arrests and help to remedy America's mass-incarceration problem.

Racial profiling is also well-documented in traffic stops. One study of police stops on the New Jersey Turnpike found that while Black and white drivers broke traffic laws at similar rates, Black drivers accounted for 46.2% of stops which represented a “statistically significant disparity.” Similarly, of all cocaine seized by law enforcement on I-95, 16% came from stops of Hispanic drivers, who only account for approximately 5.3% of major cocaine dealers. In Maryland, 28% of residents identify as Black, but 40% of traffic stops involve Black drivers. It is also common for state police departments to underreport their interactions with communities of color. Given the successes in reducing the number of pedestrian stops, it is clear that similar reforms targeted at decreasing vehicle traffic stops can make a meaningful impact.

There is hope that technology can help remedy the issues of racial profiling in traffic stops. Some scholars believe that autonomous vehicles have the potential to dramatically reduce the frequency of traffic stops, while other scholars argue that, as autonomous vehicles reduce human error, there will ultimately be fewer reasons to pull over cars. Thus, in the future autonomous world, it will be less reasonable for police officers to conduct traffic stops without a warrant. This reality potentially erodes the constitutional justification for traffic stops. Yet a world of fully autonomous vehicles is a long way off, leaving open the question as to what reform in the interim should look like.

This Note contends that even in the semi-autonomous world where fully and partially autonomous vehicles share the road, traffic stops can largely be relegated to the past. Part I of this Note discusses the Fourth Amendment constitutional standards of reasonable suspicion and probable cause that justify traffic stops, and provides a brief overview of autonomous vehicle technology. Part II explores the way a semi-autonomous world challenges the application of reasonable suspicion and probable cause, specifically with the increased access to some objective vehicle data as evidence that a traffic stop was pretextual. Part III proposes that the Court should allow defendant drivers to use objective facts from their vehicles and police conduct as evidence of pretextuality and that, where a traffic stop is found to be pretextual, evidence from the ensuing vehicle search should be excluded.

Current Fourth Amendment search and seizure law contributes to racial profiling in traffic stops as it provides substantial discretion to police officers' subjective viewpoints. This standard makes sense given the public safety issues inherent with driving. But as driver-assistance and autonomous vehicle technologies become common, public safety issues will begin to subside. Accordingly, the semi-autonomous world provides a perfect opportunity for the Court to better embody the spirit of the Fourth Amendment. To do so, the Court should allow defendant drivers to use their vehicle technology and corresponding police conduct as evidence of pretextual motives. Where a factfinder concludes a traffic stop was pretextual, evidence from an ensuing search should be excluded. Expanding the exclusionary rule will hopefully discourage police officers from conducting unnecessary traffic stops altogether.