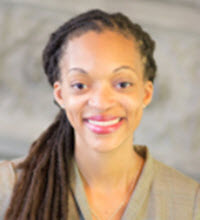 It makes perfect sense that during a historic period in which the United States is paying heightened attention to police officers' use of deadly force, reform efforts would be focused on the entities that are central to the successful prosecutions of police--the prosecutor and the grand jury. Some have suggested special, independent prosecutors for these cases so that the process of deciding whether to seek charges against police officers remains untainted by the necessary cooperative relationship between the police department and the prosecutor's office. Others have urged more transparency in the grand jury process so that the public can scrutinize a prosecutor's efforts in presenting evidence for an indictment. Still others would like to change the grand jury process entirely--by allowing a defense attorney to participate or by giving individual grand jurors more control over the proceedings. While there is merit to all of these approaches, this Article maintains that so long as the legal standard only allows for the prosecution of police when the officers are “unreasonable” in using force, which focuses on a moment of the suspect-victim's “dangerousness,” there will not be much change in the success of prosecuting police for the use of deadly force.

The persistent problem at the core of prosecuting police for the use of deadly force is that we, as a society, have not developed norms of acceptable police conduct, and to the extent that any norms do exist in our societal views of appropriate law enforcement, they are built upon a foundation of racial biases that all in society unfortunately share. The answer to this dilemma, then, cannot solely focus on removing the conflicted prosecutor or granting more autonomy to the grand jury. To truly curb police misconduct, at least part of the solution must require a shift in perspective. It requires correcting the nearsighted view of reasonable police behavior so that the focus includes norms of conduct taken before an officer gets to the point of making a decision to kill. Further, the solution also requires correcting the colorblind view of deadly force cases by confronting the existence and persistence of racial bias in views on dangerousness and criminality.