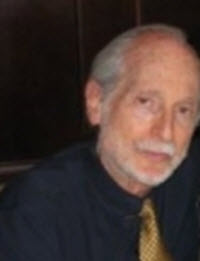 It has been almost fifty years since the Kerner Commission concluded, in the antiquated language of its time, that riots in twenty-three cities during the summer of 1967 were triggered in part by “a widespread belief among Negroes in the existence of police brutality and in a ‘double standard’ of justice and protection--one for Negroes and one for whites.” While policing has not been without progress, little has changed in terms of the frequency with which African Americans have been killed in officer-involved shootings. Beginning with the fatal shooting of eighteen-year-old Michael Brown in Ferguson, Missouri on August 9, 2014, there were so many high-profile killings by white police officers of unarmed young African American men in the next eight months, causing riots in Ferguson and Baltimore and mass demonstrations in dozens of other cities, that President Obama called the homicides a “slow-rolling crisis.”

When St. Louis County Prosecuting Attorney Robert McCulloch failed to obtain an indictment against the Ferguson police officer who killed Michael Brown, protestors were so convinced by now-discredited witness accounts that Brown's hands were in the air when he was shot to death, that the slogan “Hands Up, Don't Shoot” and the gesture of hands up, palms out became a national symbol of outrage. Indeed, Ferguson has since taken on the iconic significance of cities like Montgomery and Selma in the pantheon of historic places in the civil rights movement. Most prominent among the other uncharged officer-involved shootings that followed Ferguson are the chokehold death of Eric Garner in Staten Island; the fatal shooting of twelve-year-old Tamir Rice in Cleveland as he played with a replica of a semi-automatic pistol; the killing of John Crawford III while holding a BB/pellet air rifle he had picked up off a shelf while shopping at a Walmart in a suburb of Dayton Ohio; and the death of seventeen-year-old Laquan McDonald, who was shot sixteen times by a Chicago police officer indicted for first degree murder only after a dashboard camera video of the incident--released 400 days after the shooting and only in response to a court order--showed that, contrary to police reports, McDonald, who was carrying a three-inch folding knife, did not attack or otherwise threaten the officer.

Almost two years after the death of Michael Brown, a deadly series of events, all occurring within a period of less than two weeks, demonstrated how horrific the crisis had become. Alton Sterling was killed while he was selling CDs outside a convenience store in Baton Rouge, Louisiana, and the very next day, Philando Castile was shot and killed, the aftermath of which was captured in an extraordinary video live-streamed on Facebook by his fiancée as he lay bleeding to death beside her during a traffic stop in a suburb of St. Paul, Minnesota. These devastating events were quickly followed by retaliatory killings of police officers by African-American gunmen, first in Dallas and then in Baton Rouge. The shock and grief felt by all Americans brought a measure of reflection and restraint to the debate about race and policing, as President Obama, in a poignant eulogy at a memorial service for the five slain Dallas officers, called for empathy and unity. Yet the murders of so many police officers may have irrevocably changed the context in which the national conversation about police accountability will continue, as law enforcement officials feel increasingly embattled, while civil rights activists express growing impatience with conversations that result in little meaningful change. The public attention generated in the last two years by the riots in Ferguson and Baltimore and by nonviolent protests in cities across the nation, along with the increasing availability of video evidence recorded by cell phones and body cameras, have begun to reverse the almost complete immunity of police officers from prosecution. The number of police officers charged with murder or manslaughter for on-duty shootings in 2015 was more than three times the yearly average for the preceding ten years. However, few of those recent prosecutions have resulted in convictions.

Even as police officers begin to be charged by local prosecutors, the problem of unwarranted police immunity seems to have migrated to a most unlikely place, making its appearance at the highest level of law enforcement in the nation. Despite a scathing report released by the U.S. Department of Justice on March 4, 2015, finding systematic racial bias in the Ferguson Police Department and “a pattern of unconstitutional policing,” then-Attorney General Eric Holder, on the same day, issued another report, in the form of an eighty-six-page legal memorandum, explaining the decision not to convene a federal grand jury to indict Ferguson police officer Darren Wilson for depriving Michael Brown of his civil rights. Although the Justice Department Memorandum makes a convincing case for concluding that Brown did not have “his hands raised in an unambiguous signal of surrender” when he was killed, and the decision not to indict was widely accepted as a laudable exercise of prosecutorial discretion, a careful reading of the document reveals a process of legal reasoning so deeply flawed as to cast serious doubt on its validity.

It would not be accurate to say that the Justice Department whitewashed the killing of Michael Brown. A whitewash involves a bad-faith effort to cover up incriminating evidence. What is fair to say is that the authors of the Memorandum acted with as much good faith as lawyers frequently act in ignoring or minimizing the evidence and the law against them, and exaggerating the evidence and the precedents in their favor. This is what the legal profession calls “zealous advocacy.” The problem with the Memorandum is the absence of any advocacy at all on behalf of the prosecution. The Memorandum reads like a brief written for the St. Louis Police Officers' Association. In deciding whether to indict, prosecutors are supposed to assess the evidence and the law in the light most favorable to the government, not in the light most favorable to the defendant, which is how Justice Department lawyers consistently viewed both the law and the facts in the Memorandum. By discrediting evidence and failing to consider judicial precedent against Wilson while exaggerating evidence and judicial precedent in his defense, the Justice Department acted so zealously on behalf of the accused that it breached its legal responsibility to vindicate the civil rights of the victim.

This Article concludes, first, that even if all of Wilson's testimony before the St. Louis County grand jury is accepted as true and the evidentiary conflicts are resolved in his favor, there was sufficient evidence for the County prosecutor to obtain an indictment and conviction for manslaughter, and for a federal grand jury to indict Wilson for depriving Brown of his Fourth Amendment right to be free from the unreasonable use of deadly force. Second, while there is a higher bar to a federal civil rights prosecution than a state prosecution because of the necessity of proving that Wilson not only violated Brown's Fourth Amendment rights, but that he did so “willfully,” the Justice Department's conclusion that “seeking his indictment is not permitted by ... the governing law” is supported by neither the law nor the evidence.

Part I presents a statement of facts that in all but one respect adopts the Memorandum's narrative of the evidence, which credits virtually all of Wilson's testimony as well as most of the other witness accounts and forensic evidence supporting his story.

Part II reviews the Justice Department's legal analysis. Section A questions the validity of the Department's argument that Wilson's use of deadly force was reasonable, challenging the Memorandum's interpretation of a line of cases decided by the Court of Appeals for the Eighth Circuit (which includes St. Louis, Missouri, where the case would have been tried had Wilson been indicted) to support the argument that, even if Wilson could have subdued Brown without killing him, this fact was not relevant to determining the reasonableness of his use of deadly force. The Section concludes that (1) Eighth Circuit precedent permits a jury to consider the availability of less lethal options in determining the reasonableness of an officer's use of deadly force; and (2) the question whether Wilson violated Brown's Fourth Amendment rights by failing to use his mace to subdue and arrest Brown and instead resorting to deadly force should have been left to a jury.

Sections B and C of Part II address the most important legal point in the case: the Justice Department's argument that even if Wilson's use of deadly force was unreasonable, the case against him “lacks prosecutive merit” because he did not act “willfully” within the meaning of Section 242 of Title 18, as interpreted by the Supreme Court in Screws v. United States. The Article explains how the puzzling opinion written by Justice William O. Douglas for a plurality of the Court in 1945 has been widely misinterpreted, and why it does not pose as high a hurdle to civil rights prosecutions as most lower federal courts and practitioners, including lawyers in the Civil Rights Division of the Justice Department, have long supposed.

The focus of Part III is the unanimous opinion of the Supreme Court in Lanier v. United States. Written by Justice David Souter more than fifty years after Screws was decided, the opinion provides an authoritative interpretation of the Court's opinion in Screws and finally clarifies the ambiguities and contradictions that have made Screws such an enigma to so many practitioners and judges. Although Lanier does not specifically address the meaning of the willfulness requirement, Justice Souter's explanation of the due process principles of notice and fair warning articulated by Screws virtually dictates the conclusion that the Justice Department's argument that willfulness requires consciousness of wrongdoing--in the sense that a police officer not only acted unreasonably, but knew that he was acting unreasonably-- is incorrect.

Part III explains that, considering Lanier, what is required for criminal liability is not, as the Justice Department maintains, proof that the officer knew his conduct was unreasonable. All that is needed is a showing that the unconstitutionality of his conduct had been “clearly established” by prior judicial decisions at the time the act was committed. Lanier's surprising conclusion is that the willfulness element of Section 242 imposes no more stringent a condition on criminal liability for constitutional violations by police officers than the Court has imposed in federal lawsuits under 42 U.S.C. § 1983 seeking to hold state officials civilly liable for the same violations. Police officers are not entitled to immunity, either from criminal or civil liability, if a reasonable officer would have understood that the allegedly unconstitutional conduct violated clearly established law. Part III concludes by applying this clearly-established-law standard to Wilson's use of deadly force, demonstrating how a properly instructed jury could have reasonably returned a verdict of guilty.

The Conclusion suggests how a deeper understanding of the relevant law can enable civil rights groups, practitioners, and informed citizens to take the necessary first steps toward solving a problem that has remained as intractable and divisive as police accountability. The Article also proposes federal legislation that would eliminate the “willfulness” requirement from section 242 and replace it with Lanier's clearly-established-law standard of liability.