The socio-legal landscape of punishment is vast. While actions in courts during sentencing and in prisons and jails afterward are necessary considerations when thinking about punishment, an expansive examination of the institution of punishment encompasses more. To sufficiently interrogate punishment, we must also scrutinize policing, not as a precursor to punishment but rather as its opening moment. Given the fatal consequences of some opening moments, as well as the reality that policing inaugurates a process of incapacitation and abuse in which individuals are frequently unable to defend themselves due to a lack of economic, political, and legal capital, any true analysis of punishment must first grapple with policing--if it is to stand as an ethical analysis, that is.

Customarily "ethics" refers to a set of moral choices evaluated as either right or wrong; we, however, use "ethical" as Frank Wilderson does, as a sober and accurate assessment of the power relations in a given situation. To talk about and to practice law in this context without addressing the real power relations at play is to pretend as if policing represents the rule of law, rather than a regime of force at odds with legal principles of due process, privacy, and fairness. This, in essence, would be to flee from a displeasing reality in favor of a more comforting falsehood. Since we are uninterested in the evasive comforts of such legal untruths, we seek to deal with the world as it is, not as the prevailing legal discourse would purport it to be. We argue that when applied within the real-world context of policing, the legal fiction of "reasonable suspicion" is intrinsically and irreparably antiblack, perhaps even racist, and hence fundamentally unconstitutional. The fiction of reasonable suspicion; its legal counterpart, stop and frisk; and the case from which they arise, Terry v. Ohio, should not only be discredited and disavowed but also should be overturned and declared unconstitutional. This outcome would not only be ethical, either premised on moral interpretations of right and wrong or reconciliation with the sobering truths of antiblack legalisms, but more importantly, it would significantly recalibrate the relations of force such that policing would remain within more appropriately defined confines of the Constitution.

Thus, an ethical starting point for any discussion of rethinking punishment begins with the indisputable reality that black people, particularly when envisioned as 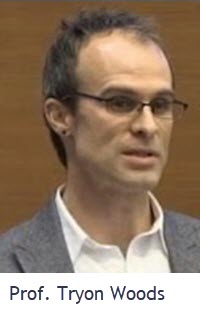 criminal suspects, are punished through policing not for what they may have done, but rather for who they are and where they are situated in society's racial hierarchy. Not only does the criminal justice system target and process a small fraction of law breaking, moreover, it focuses its energy on those crimes that are the least consequential to society in terms of monetary loss, property damage, environmental destruction, community harm, personal injury, and loss of life. This structural dispensation highlights the behaviors of the least powerful (black people) and obscures, minimizes, or negates the harmful conduct of the most powerful (militarized police agencies). This plays out in certain arenas of legal discourse (such as "tough on crime") that are specifically oriented towards poor black people and other minorities and is largely taken for granted. One of the main obstacles to adequately assessing the power relations of domination and control, especially when they express themselves as punishment, hides in the often overlooked (and incorrectly understood) mechanisms by which the law vests power in the police. Thus, to more fully rethink punishment, we must reconsider the relationship between law and legal practice, or the law as written versus the law in action.

In this Article, we offer the reader two routes, described below, to explore our critiques of the policing paradigm (which hides racial punishment within the dark mass of law), and we evaluate how we reach our conclusion regarding delegitimizing the legal fiction of reasonable suspicion. The first route mobilizes the law against itself; it demonstrates how reasonable suspicion in practice violates Terry's own standards. This argument is brief, however, because mobilizing the law against itself requires accepting certain mythologies about the law, such as the law being fair and just. Although mythological upkeep is ubiquitous within the legal academy, to acquiesce in legal scholarship would be to join everyone else in intellectually treading water. Instead, we seek a deeper dive, out where sharks protect the watery graves of the millions of Africans who perished in the Middle Passage. Particularly in current times, we recognize that there is danger in such a sojourn but believe the truth cannot be revealed if we refuse to attempt the journey. As Lewis Gordon claims in our epigraph, "[t]o die in bad faith, then, is tantamount to having never lived."

The second route of our argument recognizes that to live in good faith is to actively work against living in bad faith. We argue that accepting legal principles at face value is bad faith, for it is only with the law in action that we can establish the ethical standing to adjudicate whether the suspicions deemed "reasonable" are just that. By using both routes, we indict reasonable suspicion as the means through which contemporary U.S. society has extended the terms of its slaveholding and Jim Crow past--not by refashioning Jim Crow as the leading cause of mass incarceration, as others have argued, but instead by holding on to the principles of pro-slavery and reconstructionist antiblack legal agendas. In other words, the legal ruling in Terry should be seen as the segregationist case for a pro-slavery legal agenda in the post-Civil Rights era in the same way Plessy v. Ferguson was the segregationist case for it in the post-emancipation period.

On January 13, 2017, the Department of Justice released the findings of its investigation into the CPD; the investigation had been launched immediately after the video evidence of McDonald's death became public. The U.S. government found that the CPD routinely used "excessive force" and violated the basic constitutional rights of the city's black and Latino residents. The Washington Post reported on a few of the long list of grim anecdotes detailed in the Justice Department's report:

Officers are described as running after people who they had no reason to believe committed serious crimes. Some of those chases ended in fatal gunfire. In one case, officers began chasing a man who was described as "fidgeting with his waistband." Police fired a total of 45 rounds at him, hitting and killing him. No gun was found on the man, the report states, and a gun found almost a block away was both "fully-loaded and inoperable."

These anecdotes were not limited to fatal incidents. A 16-year-old girl is described as being struck with a baton and shocked with a Taser for not leaving school when she was found carrying a cellphone. A 12-year-old Latino boy was "forcibly handcuffed" without explanation while riding his bike near his father.

The report documented what residents already knew. Unfortunately, it would be unprecedented if this expos‚ of how the law actually works in practice were to garner sustained attention, let alone sufficient remedy and redress. For our purposes, McDonald's death focuses attention on what is at stake in the case against reasonable suspicion. The opening act of violence in police killings is always the visual performance of racial profiling. We must strip reasonable suspicion from the state's legal battery for justifying such violence and dismantle its constitutional grounding by, among many other things, first seeking a reversal of the ruling and legal mandates in Terry. Its reasonable suspicion rule is as dangerous and outdated in the post-Civil Rights era as Plessy became in the post-Emancipation era.