The People's Welfare, Police Powers, and the Rights of Free People of African Descent01 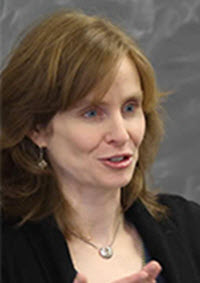 In addition to offering hilariously long lists of local regulations, The People's Welfare addresses some of the largest and most interesting questions in the field of U.S. history, for instance what Novak calls the "fundamental tension in the coexistence of a heightened American rhetoric of individual liberty with a constant and historic readiness to employ the coercive state powers of regulation and police." In the legal history context, Novak challenged those who believed the purpose of state and local lawmaking in the nineteenth century was to destroy barriers to commerce and to unleash the nascent energy of the new nation. Rather, Novak plumbed the myriad ways policymakers regulated and restricted not only in the name of economic development but also with the goal of promoting community well-being, that is, to create a "well-regulated society."

Outside the mainstream of legal history, the book also opened the door to new ways of thinking about how public entities wielded power in the first two-thirds of the nineteenth century. On the one hand, The People's Welfare offered a way to get outside a liberal framework in which individual rights and equality always seem a self-evident goal, with obstacles conceived as Other, un-American, and illegitimate. And on the other, it offered an escape from the dominant "social control" arguments of earlier scholarly studies; that is, the idea that governing was never liberatory but, rather, always about the monitoring and repression of the poor and disfranchised and the imposition of bourgeois values. Novak kept slavery and race at the margins of his study. Yet, when considered together with other recent work in legal history, Novak's exploration of local-level governance in general - and police powers in particular - can help us better understand the history of free black people and civil rights organizing in the nineteenth century.

Novak revealed police powers as a wellspring of governing authority that emanated from the intrinsic, almost atavistic power of the state to sustain itself and, with it, an orderly and peaceful society. Precisely who determined which actions were necessary to preserve peace and order remained open to debate but, Novak reminded us, the power and right of government to do so was taken for granted. That power existed prior to - and was often allowed to override - the vaunted rights of individuals to life, liberty, and property. The People's Welfare is primarily interested in government regulation of the economy in the name of a well-regulated society, but several parts make intriguing mention of the regulation of groups of people for that same purpose. A small section, for example, describes how governments invoked their power to oversee the public health to regulate the movements and settlement of outsider racial and ethnic groups, particularly immigrants. Yet, his central concerns elsewhere, Novak conceded that "an exploration of the complex cultural politics underlying social policing in nineteenth-century America is ultimately beyond the scope of this work." Thank goodness something was!

The People's Welfare could not be all things to all people. Besides, in the mid-1990s other legal historians were producing important new work on immigration history that would delve more deeply into some of these issues. In a crucial 1993 article, for instance, Gerald Neuman explained how, before the 1870s, Americans regulated immigration at the state level by drawing on English poor laws, laws of quarantine, and ideas about racial threat. Kunal Parker later extended Neuman's argument by explaining more deeply how governments used poor laws and, more generally, their police powers, to regulate who entered and stayed in communities and under what terms. Drilling down to state- and municipal-level policy, both Parker and Neuman had the crucial insight that policymakers regularly regarded free people of African descent - like people immigrating from abroad - as outsiders to northern communities and as potential threats to public peace or order. Communities thus regulated their entry, circumscribed their ability to remain, insisted that they carry passes or post bonds - all without much concern that they were violating free blacks' liberty or right to mobility.

That scholarship, which begins to link the regulation of free people of African descent to English settlement laws and other Anglo-American instantiations of police powers, stands in stark contrast to most of the existing literature on antebellum free black people and on the antislavery movement. Those histories typically highlight rights claims and, implicitly if not explicitly, situate the story within a broader history of the quest for universal human dignity and equality. That approach is both entirely reasonable and insufficient. In a nation that constantly touted individual liberty but lived by a communitarian ethos that could be extremely coercive toward members of outcast groups, it stands to reason that members of marginalized groups would make recourse to the "classical liberal tradition" of individual rights. As historians have shown, outsider groups regularly found in the ideals of the Declaration of Independence a footing from which to claim that they too were entitled to enjoy life, liberty, and happiness.

Yet something important is missing when only this side of the story is told. What historians of the antislavery movement - and of antebellum free black life writ large - have tended not to recognize is the depth, scope, and legitimacy of the order against which their subjects were fighting. They often write as if antislavery activists arguing for individual rights were arrayed only against entrenched interests committed to preserving slavery (the "slave power") and against racism or racial prejudice. These were surely formidable obstacles, but there were still more. Novak and other historians of police powers ask us to recognize that the United States was born with a highly legitimate, entrenched commitment to creating a "well-ordered society." In that socio-legal order, there was nothing wrong with singling out for regulation and punishment people who were believed to have the potential to threaten order or the public good. In this world, a range of people - paupers, prostitutes, vagrants, gamblers, drunks, jugglers, and also in many places people of African descent - were not entitled to the presumption of innocence. They could be forced to post a bond for good behavior or arrested for their very status rather for than any malign conduct. They could be fined or incarcerated in summary hearings, without benefit of an attorney or a jury trial. Nor were they entitled to freedom of movement from one community or one state to another. Rather, authorities and members of the public imposed on them (perfectly legitimate) restrictions and punishments based on the idea that they were members of a group that posed a particular threat to the public good or "the people's welfare."

This was the legal context and rationale for colonial and early national "black codes," passed in colonies and states that would keep slavery, those that would abolish slavery, and those that never officially permitted slavery. Let's look, for example, at laws that required free people of African descent to register with county clerks or overseers of the poor and to carry passes when they traveled. These laws were not simply evidence of rank racism (though they were also that). The pass law regime drew directly on the English poor law system and was characteristic of the "well-regulated society." Settlement laws dating back to the seventeenth century had required paupers to carry identification from one residence to the next and could demand that people seeking to settle in a new jurisdiction must post bond. In the infant United States, local jurisdictions commonly required passes, particularly from people on the move and from the poor, immigrants, and people of color. The pass systems that pertained particularly to free black people, which existed not just in the slaveholding states but also in the states carved out of the Northwest Territory, were overlaid on those poor law requirements and managed by county-level officials, including overseers of the poor and justices of the peace, who had traditionally been charged with the enforcement of settlement laws. If we see such laws only as directed at black people and as manifestations of racism, we miss how embedded they were in deeply entrenched ideas about what constituted a community and a deeply felt sense that communities were entitled to regulate their membership and impose special burdens (or exclude entirely) certain classes of people.

Conversely, then, engaging with and evaluating the appropriate scope of police powers was an important facet of the struggle to determine the status of free black people in the United States. For instance, as Novak explains, governments regularly invoked their police powers to quarantine ships, restricting commerce in an effort to diminish the spread of disease. Quarantine likewise provided a legal framework for southern state and local officials who believed free sailors of African descent were dangerous, even "infectious" agents in their port cities and. Yet some northerners objected vehemently when South Carolina and other slaveholding states passed laws demanding that free black sailors must remain either in jail or on board their ships while in port. Activists insisted that the so-called Negro Seamen Acts illegally deprived black sailors of their liberty, and they singled out race as the central problem, arguing not against the state's power to police but against sailors' arrest "on no other evidence than that of Color and complexion." That argument may make intuitive sense to us now, but until the Civil War it made little headway. Rather, defenders of racially discriminatory laws argued that such laws were in fact appropriate exercises of police powers, necessary to secure the safety and well-being of the community that passed them.

Novak mentions toward the end of The People's Welfare that abolitionists helped "renew" interest "in the inherent, natural, and absolute rights of individuals, dethroning a public-spirited common law as the source of American fundamental law." It is an intriguing statement, for it brings us back to the relationship between the individual rights tradition that's represented so overwhelmingly in the literature on the anti-slavery movement and the history of police powers that Novak's work has so powerfully advanced. When we offer only the "classical liberal" side of the story - the struggle over "law" and "rights" - we act as if rights were always imminent, waiting to be claimed, and as if all adult people who weren't chattel slaves were supposed to be equally entitled to the same basic liberties. Likewise when we associate racially discriminatory legislation with racist ideas only, it is easier to regard them as an evil that Americans simply had to overcome, to replace illiberal ideas with liberal ones. But when we attend to the police powers side of the story as well - the story of the well-regulated society and of the eminently legitimate impulse to restrict individual liberty in the name of public peace - we begin to grasp the extraordinary tenuousness of claims to basic liberties by many marginalized groups. It also becomes easier to understand how the federal government's post-Civil War move to forbid racially discriminatory laws, a requirement of the 1866 Civil Rights Act and the Fourteenth Amendment, while momentous in its own right, nonetheless left local governments ample power to limit the individual liberties of members of groups considered marginal or threatening to the common good. Finally, the effort to see both strands in the history of African Americans, race, and the law returns us to a conundrum that remains just barely off-stage in The People's Welfare: that the great moral evil of slavery found ample justification within the "well-regulated society" and that it very likely could not have been uprooted - nor promises of citizenship or equal rights for free people of African descent even offered - if proponents of abolition and equality had not made recourse to the very visions of individual rights and centralization that Novak softly laments.