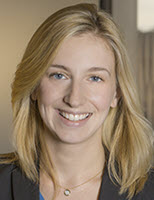 Constitutional law is not particularly sophisticated about bias, and so it is not very good at protecting people from it. The Supreme Court has successfully employed constitutional law, and particularly the Fourteenth Amendment, to address explicit, intentional discrimination, but it has been less adept at reckoning with contemporary, implicit forms of bias. This Article lifts up the Fourth Amendment as a vehicle for accomplishing what the Court has had difficulty doing with the Fourteenth: protecting individuals from the harms that arise from the types of implicit biases that are pervasive today. In particular, it suggests a mechanism by which the Fourth Amendment can more effectively curtail the harms of racial profiling.

Any account of racial bias in America in 2016 must wrestle with an anomalous historical truth: even as "overt White hostility toward African-Americans has been in decline," other indicators suggest that equality, in terms of welfare and life opportunities, remains elusive. While the causal explanation for this incongruity is complex, one answer may be found in the slippery and evolving nature of prejudice. Indeed, over the past two decades, social psychologists have come to understand that not all biases are explicit. As will be described in greater detail below, human brains make implicit associations, which can sometimes lead people to behave in ways that they would not knowingly endorse. Such contemporary, implicit forms of bias may affect individuals' behavior in ways that perpetuate inequalities even though those individuals may be unaware of--and even expressly disavow--such results.

Because constitutional law remains focused on questions of intent, however, it can make only limited headway in addressing adverse outcomes. This is nowhere more evident than in the Supreme Court's jurisprudence around racial profiling. When it comes to racial profiling, the Supreme Court is stuck in a good cop/bad cop dichotomy that has become outmoded. The Court has conceptualized the problem as one of racist "attitude[s] that reside[] in the mind[s] of bad police officers." But in recent years, social psychologists have come to understand that "[s]tereotypes, like most human mental processes, can and do operate outside of conscious awareness, [such that] they can influence us whether we want them to or not. As a consequence, much of what we call racial profiling is likely spontaneous and unintended." The Supreme Court has thus built its jurisprudence on a theory of human behavior that scientific research has revealed to be unsound.

I find in the Fourth Amendment, therefore, a wonderfully suitable home for a constitutional prohibition on racial profiling that is the result of contemporary, implicit forms of bias. But I argue that if the Fourth Amendment is to successfully address cases of unintentional profiling, courts will need to adopt a behavioral realist approach to their analysis of reasonableness. Behavioral realism asks courts to "pay close attention to the best available evidence about people's actual behavior" when "formulating and interpreting legal rules."

If we look to the best available evidence about how implicit biases can translate into objectionable behaviors, we see that the question courts often ask to assess Fourth Amendment reasonableness--whether the police officer who effected the search or seizure was reasonable--entirely misses the point. Implicit bias is not the exclusive purview of unreasonable individuals; it is endemic to normal human cognition. Individual police officers may thus be reasonable on the level of conscious thought--they may do their best to act lawfully and fairly--and yet produce constitutionally unreasonable results in the form of stops and searches contaminated by racial bias.

A Court that is realistic about human behavior will thus shift its focus away from making post hoc determinations of the reasonableness of individual police officers in their one-off engagements with members of the public. Instead, social psychological findings about implicit biases will permit judges to make probabilistic determinations about situations in which those biases are most likely to be activated in the future, thus leading to unreasonable results. Judges may then structure Fourth Amendment rules so that officers find themselves in such situations less often.

What form might such a probabilistic determination take? Social psychologists have demonstrated, for example, that "implicit biases translate most readily into discriminatory behavior ... when people have wide discretion in making quick decisions with little accountability." This means that, on balance, rules that constrain officer discretion, encourage restraint rather than action in the face of ambiguity, and require officers to articulate justifications for their actions will lead to more reasonable searches and seizures, because implicit biases will be less likely to be activated with such rules in place.

For a court that took a behavioral realist approach to Fourth Amendment adjudication, the fact that a particular rule would likely encourage the activation of implicit biases in future police interactions with the public would not be dispositive of the case. It would simply be another factor for the court to consider in making its reasonableness determination. In cases concerning Fourth Amendment reasonableness, courts currently use a balancing approach, which eschews a "fixed formula" of reasonableness in favor of a careful consideration of the "facts and circumstances of each case." Pursuant to this approach, courts weigh "the need to search (or seize) against the invasion which the search (or seizure) entails." Thus, "serious crimes and serious needs can justify more serious searches and seizures." Were courts to adopt my proposed approach, the likelihood that a particular rule would serve to activate or suppress implicit biases in future police-public interactions would become one factor in the reasonableness equation, and thus one thumb on the scale in a balancing test.

Part One argues that racial profiling is harmful to its victims and offensive to constitutional values of equal citizenship.

Part Two details social psychologists' findings that much profiling is likely the product of implicit--as opposed to explicit--biases, and therefore unintentional.

Part Three notes that while the Fourteenth Amendment is meant to be the constitutional vehicle for remedying the harm of racial profiling, we have limited its ability to respond to contemporary, unintentional forms of bias by imposing a requirement that plaintiffs make a showing of intent to discriminate. This Part argues that the Fourth Amendment can and should serve as a powerful tool for addressing contemporary forms of bias, alleviating the outmoded thinking that hampers the Fourteenth.

Part Four notes that if the Fourth Amendment is to fill this role, however, courts must eschew post hoc evaluations of the moral character of the searching and seizing officers in favor of forward-looking, probabilistic assessments of the contexts that are most likely to lead to reasonable outcomes, given what we know about human behavior.

Part Four also addresses potential critiques of the approach proposed in this Article, including the concern--prevalent in recent policing literature-- that issues of racial profiling will be most successfully addressed not by courts but by other institutional actors, such as police departments through their internal rulemaking function...  While other actors will no doubt have important--and perhaps even primary--roles to play, courts are necessary and unavoidable partners in setting the terms for police-public engagements. Judges will continue to be called upon to address the reasonableness of police officers' one-off engagements with the public, typically in individual criminal cases, and they will need some yardstick against which to measure the reasonableness of those interactions. The rules that they promulgate in these individual cases, moreover, will help to set the parameters for further police-public contacts.