"And you now know, if you did not know before, that the police departments of your country have been endowed with the authority to destroy your body .... And destruction is merely the superlative form of a dominion whose prerogatives include friskings, detainings, beatings, and humiliations. All of this is common to black people. All of this is old for black people. No one is held responsible." - Ta-Nehisi Coates, Between the World and Me. 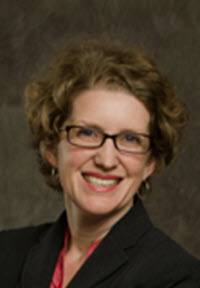 Race and policing in the United States are inextricably intertwined. Organized law enforcement in this country has, among its historical roots, slave patrols conceived in the antebellum era to prevent enslaved people from escaping or otherwise rebelling. In the modern age, African American people are stopped, beaten, arrested, and shot by police officers in greater percentages than any other racial group. The names of African American men, women, and children killed in recent years by law enforcement-- Michael Brown, Charleena Lyles, Tamir Rice, Philando Castile become an invocation and a rallying cry for police reform. Community members, advocates, and scholars describe, in stark and passionate terms, how racialized policing impacts Black lives, and references to the significance of race in police encounters can be found everywhere from poetry to popular culture. Whatever the complexities of the causes, it seems impossible to reasonably deny that contact between a police officer and a member of the community is deeply impacted by race.

Yet when courts analyze the constitutionality of the police power to engage, detain, and arrest civilians, they apply objective legal standards that explicitly exclude consideration of how racial bias, assumptions, and fear inform the interaction. In determining whether a police officer has "seized" a civilian for Fourth Amendment purposes, courts evaluate whether a reasonable person would feel free to terminate the encounter with law enforcement under the circumstances of the contact. Courts look to the objective facts of the encounter, such as the number of officers involved, whether officers brandished weapons, and how police phrased their questions, and gauge how such circumstances would impact a hypothetical reasonable person. The feelings, knowledge, and background of the actual person involved are not considered. The racial dynamics of the interaction, which can require analysis of psychology, history, culture, and the civilian's personal experiences, are also disregarded as falling outside of the objective parameters of the inquiry.

Critics have long argued that the "objective" approach to the seizure inquiry requires courts to view police encounters with civilians through a lens cleansed of social context, one that claims to be race-neutral by resolutely avoiding engagement with race altogether. Yet the significant scholarship, advocacy, and public outcry against racially disparate patterns of police violence have not influenced courts to broaden the factors they consider when applying the reasonable person test in the context of Fourth Amendment seizure analysis. This Article seeks to contribute to the arguments for a race-focused and racially realistic seizure doctrine by suggesting a pathway to an expanded legal analysis of the reasonable person standard that does not require courts to abandon allegiance to objectivity. This approach focuses attention on the assumption, already inherent to the reasonable person inquiry, that a reasonable person is one with a knowledge of the controlling law. This Article argues that courts determining whether a reasonable person would feel free to ignore the police or end a police encounter should consider the civilian's presumptive knowledge of the law as an objective factor. A reasonable person is thus one with an understanding both of Fourth Amendment jurisprudence and the legal doctrine intended to deter or punish police misconduct, such as criminal and civil liability and the exclusion of illegally obtained evidence from criminal trials. A reasonable person knows her constitutional rights and the remedies available if those rights are infringed--as do the police officers with whom she is engaged.

If a reasonable person weighing her freedom to terminate a police encounter is presumed to be cognizant of the legal standards applied to police misconduct, this presumption could expand judicial conceptions of seizure without taking on the additional burden of dismantling the objective standard. Under the current objective standard analysis, courts do not ask whether a particular person's experiences with the police or knowledge of data regarding race and police misconduct affected the individual's freedom to terminate a police encounter. But if courts focus on the reasonable person's objective knowledge of the relevant law, they must consider whether that reasonable person should feel free to disregard a police officer's requests or otherwise terminate the encounter if the legal system doesn't serve to meaningfully control police misconduct. In doing so, courts must explore whether a reasonable person is only free to terminate a police encounter if she is willing to ignore or absorb the risk of police lawbreaking when asserting her constitutional rights. Courts may less easily disregard that question as the subjective concern of individual people of color if it is derived from the neutral, reasonable person's knowledge of the applicable law.

This approach does not seek to promote the "objective" reasonable person standard as an unalloyed good in Fourth Amendment jurisprudence. Nor does it seek to deny the reality that African American people and other people of color are disproportionately the target of police contact and violence. It instead meets courts where they are in the seizure analysis: unwilling to move beyond a reasonable person standard stripped of racial considerations, but also committed to the presumption that ordinary people have a working knowledge of the law and its consequences. In doing so, this approach explores whether it is possible to move the reasonable person analysis towards race-consciousness by assuming objective knowledge of the state of the relevant law.

This Article proceeds in three parts.

Part One outlines the legal standards applied to police officers and community members in Fourth Amendment jurisprudence related to law enforcement seizures. This Part explores the reasonable police officer inquiry and notes the ways in which this objective analysis arguably incorporates the individual officer's subjective viewpoint through consideration of his training and experience. It also reviews the more rigid approach to objectivism in the reasonable person standard, and explains how both standards avoid consideration of the impact of race in police-civilian interactions.

Part Two addresses one largely unexplored aspect of the reasonable person analysis in the Fourth Amendment seizure context: the presumption that civilians and police possess knowledge of the law governing police-civilian encounters. This Part argues that courts should thus also presume that the reasonable person interacting with the police has a knowledge of the law that serves to deter or punish police misconduct, and outlines the relevant areas of that law.

Part Three explores the implications to the Fourth Amendment seizure inquiry if courts recognize a reasonable person as one with the knowledge that police officers are not meaningfully constrained in the moment and are not consistently held accountable by the law. This Part argues that this approach could serve to shift the analysis of Fourth Amendment seizure determinations closer to racial realities. This Part also addresses possible critiques of this approach, including whether a reasonable person standard grounded in legal realism would have meaningful impact if Fourth Amendment remedies are so difficult to obtain.