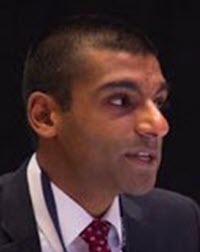 Viral videos of fatal police force used against unarmed or nondangerous individuals, many of them black men, are driving a conversation about race and policing in America. The names are familiar by now, part of a macabre roll of modern American tragedy. Eric Garner was choked to death in Staten Island, repeating “I can't breathe” before he died. Philando Castile was shot five times in Minnesota after politely volunteering that he was carrying a firearm and reaching for his license at the officer's request. Twelve-year-old Tamir Rice was playing with a toy gun in a Cleveland park when an officer shot him in the stomach less than two seconds after arriving. A University of Cincinnati police officer shot motorist Samuel DuBose in the head as DuBose tried to drive away from the traffic stop. Video evidence contradicted the officer's claim that he was dragged fifteen to twenty feet by the car.

In each of these cases, prosecutors either declined to file charges, lost at trial, or dropped the case after the jury could not reach a verdict. Although the results left many people scratching their heads, those familiar with governing Supreme Court law were less surprised. With respect to police use of force, state law and jury instructions frequently incorporate deferential Supreme Court standards, including the admonition that “police officers are often forced to make split-second judgments--in circumstances that are tense, uncertain, and rapidly evolving” and should not be judged “with the 20/20 vision of hindsight.” But weren't these individuals at least the victims of racial profiling, some wondered. After all, the incidents almost all began as investigations into common, minor offenses--the untaxed sale of loose cigarettes, a broken tail light, a missing front license plate. Under Supreme Court precedent, however, the stops were perfectly lawful, and any claim of selective enforcement based on race involved a separate harm that would be nearly impossible to prove.

These cases highlight the barriers to vindicating civil rights under modern constitutional law. How did it become so difficult? To be sure, constitutional rules have been shaped by a number of factors--text, interpretive methodologies, the jurisprudential commitments of the Justices, the facts of the particular cases that reach the Court. In this Essay, I want to suggest that constitutional law is also driven by public and judicial attitudes about the security of our core American values: liberty, equality, and human dignity. Narratives about the extent to which government threatens, or does not threaten, these values can shape how easy or difficult the courts make it to enforce constitutional rights, how narrowly or expansively they read those rights, and how generous or stingy they are with remedies.

One can see signs of the Few Bad Apples narrative in the Supreme Court's cases, sometimes expressed in the judicial opinions themselves, sometimes lurking in the background. In Parts I and II, I examine precedents involving the two broad topics with which this Essay began: policing and race, respectively. The narrative is perhaps more familiar in the policing context. Attorney General Jeff Sessions articulated it succinctly in a March 2017 memo ordering the reevaluation of all consent decrees the Justice Department had entered with police departments because “[t]he misdeeds of individual bad actors should not impugn or undermine the legitimate and honorable work that law enforcement officers and agencies perform in keeping American communities safe.”

The narrative applies with respect to race, as well, although it comes in different forms: the ideal of color blindness, the notion that we are living in a nearly post-racial society, the feeling that we would finally get past our racial history if we'd simply stop obsessing about it. After all, we hear, slavery ended 150 years ago, whites and blacks drink from the same water fountains, and the voters twice elected a black president. In this worldview, racial discrimination is cabined to the deplorable acts of a few retrograde individuals.

When the Few Bad Apples narrative has been ascendant--as I believe it is now-- it has entailed the contraction of substantive rights and the erection of procedural barriers to redressing constitutional wrongs. The narrative has not always prevailed, however. At times, a majority of the Supreme Court has identified systemic injustice and reoriented legal doctrine to address it. The narrative is constantly being contested, sometimes among the Justices themselves, more often in the arena of public debate.

Our time is no different. In Part III, I briefly review how the Few Bad Apples narrative is inconsistent with what we know about police misconduct and racial discrimination.

In Part IV, I conclude by considering how constitutional doctrine might change if the Few Bad Apples narrative were to lose currency in the area of civil rights, and what reasons there are to think this might or might not come to pass.