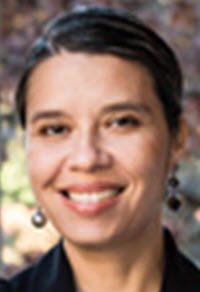 Juror reliance on racial character evidence has been difficult to uncover since, in most jurisdictions, evidence rules barred jurors from testifying about racial bias in deliberations or grand jury proceedings during an inquiry into the validity of the verdict or indictment. Recently, in Peña-Rodriguez v. Colorado, the Supreme Court of the United States held that such no-impeachment rules must yield to the Sixth Amendment's guarantee of the right to an impartial jury when a juror clearly relies upon racial bias in rendering a guilty verdict.

The Peña-Rodriguez ruling was a positive step forward in tackling jurors' overt reliance on racial character evidence, and many might assume that the problem of such juror racial bias has been put to rest. This opinion, however, does not address one of the most concerning racial and criminal justice issues of our times: police killings of people of color. Peña-Rodriguez invokes the Sixth Amendment's impartiality clause and thus directly addresses only racial bias used to convict a criminal defendant, but not racial bias against a victim of color to acquit a defendant. Accordingly, further evidence law solutions are needed to address the problem of racial character evidence in police deadly force and other criminal cases where racial bias against a victim might result in a discriminatory acquittal. This is not to imply that evidence solutions are a panacea for racialized killings by police, but it is one overlooked avenue that should be employed along with policing reforms and other racial and criminal justice efforts, which are beyond the scope of this Article.

Police killing cases are often racially-charged. In the majority of prosecutions of law enforcement officers for killing people while on-duty, the victims are black and the police officers are white or otherwise not black. Police are rarely criminally prosecuted for killing people, but when such cases do go to trial, the evidence against the officer is usually exceptionally strong. Often, the victim was unarmed, shot in the back, while hands were raised or while fleeing, and with the incident caught on video. In deadly force cases, the primary question of fact is whether the officer reasonably feared for his or her safety or the safety of others. In the absence of proof, other than the officers' own testimonies of such fear, the victims' blackness (or brownness) too frequently stands in as “evidence” that the officers' fear was objectively reasonable.

Jurors rely upon racial stereotypes about blacks and other people of color being violent, aggressive, and criminally-inclined, as well as dishonest and otherwise lacking credibility to conclude that the officers' fear of a victim of color was reasonable and that witnesses of color should not be believed. Particularly pernicious is reliance on the black “brute” or “thug” stereotype, which casts black youth as “super-predators” and black people of all ages as bigger, stronger, and more aggressive and threatening than people of other races to serve as “proof” that an officer's use of deadly force was called for, despite legitimate evidence to the contrary. Before a grand jury and at trial, attorneys--including prosecutors who only begrudgingly pursue criminal charges or convictions--may try to emphasize these racial stereotypes.

In prosecutions of police for killing people of color, jurors' consideration of racial character evidence works in favor of the criminal defendant and thus does not directly violate the Sixth Amendment's impartiality clause. The Sixth Amendment guarantees that “[i]n all criminal prosecutions, the accused shall enjoy the right to a speedy and public trial, by an impartial jury [.]” Thus, while the Sixth Amendment serves to protect defendants against juror racial bias, it does not protect victims against juror racial bias. Accordingly, the Peña-Rodriguez decision, which relied on the Sixth Amendment for establishing a racial bias exception to no-impeachment rules, will not usually apply directly to cases of police killing people of color. Additionally, while juror racial discrimination against victims of color may violate constitutional equal protection guarantees, juror immunity and the double jeopardy clause foreclose post-acquittal remedies. This makes it all the more important that pre-verdict evidence law responses are developed and employed. This Article seeks to construct such pre-acquittal evidence law solutions.

As police killings are more frequently video-recorded and shared on social and broadcast media, and as public awareness about the problem increases, two topics are at the forefront of public and scholarly dialogue: race and evidence. However, these subjects are usually discussed separately. This Article serves as an attempt to connect the two and encourage a critical race evidentiary inquiry into police killing cases. Such an inquiry asks: How do race and racism play evidentiary roles in criminal prosecutions of law enforcement officers who have used deadly force against people of color? And: How can reforms of evidence law and practice increase racial equality?

Put simply, a critical race evidentiary inquiry is important because evidence law is important. The facts submitted to a jury at trial are not determined by any independent investigation into the truth, but rather by how the rules and doctrines of evidence are employed to admit and exclude evidence. Evidence law is used to shape the available legal proof and, ultimately, the narrative or story that is considered by the fact-finder to determine guilt or innocence: to determine whether a state actor's taking of a life was warranted or unjustified.

The manner that racial subordination is advanced through evidence law has been largely overlooked. Racial subordination in the criminal justice system goes far deeper than overt racial animus or bias. Racial subordination permeates many aspects of our legal system in inconspicuous ways. Most judges, lawyers, and scholars appear to assume that since evidence law is facially race-neutral, it applies equally to all persons irrespective of race and is immune from racially disparate application and impact. However, as this Article demonstrates through the example of the role of racial character evidence in police deadly force cases, evidence rules--and perhaps, even more importantly, the principles and values behind these rules--are not applied or enforced equally along racial lines. Consequently, white parties and institutions collectively gain an unfair evidentiary advantage while people of color are disadvantaged by the role of racial character evidence. To increase racial equality, we must root out all of the ways that racial subordination is perpetuated through the law. A critical race evidentiary inquiry and resultant evidentiary solutions should be one of the many approaches developed to address structural racism in the criminal justice system.

Part I describes the national crisis of unaccountability for racialized police killings. It looks at the failures at every stage in our criminal justice system to pursue charges, indict, convict, and sentence law enforcement officers who unjustifiably kill people of color.

Part III demonstrates how juror reliance on racial character evidence, which results in discriminatory acquittals, violates the equal protection rights of victims of color. It further sets forth how the double jeopardy prohibition and juror immunity foreclose post-acquittal remedies, thereby necessitating the construction and implementation of pre-verdict evidence solutions.

Finally, Part IV sets forth these evidence law solutions, including education of the bar and bench on critical evidentiary inquiry methods to identify racial character evidence; proper objections to impermissible racial character evidence; rebuttal evidence to counter racial stereotypes and bolster victims and witnesses of color's good character; and jury instructions concerning racial character evidence. Although these solutions directly apply to the trial stage of prosecutions and the vast majority of police killing cases never make it to trial, the implementation of these evidence solutions would shape the formal and informal evidence potentially available in a case. This could, in turn, influence all aspects of a prosecution, including the decision to pursue charges and an indictment.

Racialized police killings are as old as policing itself and promise to continue. Modern law enforcement originated with the slave patrols, and, as recently as July 2017, President Donald Trump openly encouraged racialized police violence, voicing support for more brutal treatment of “thugs” by arresting officers to thunderous applause from an audience of law enforcement officers. It appears the current administration is not committed to lessening or even responding to the national crisis of police violence against people of color. In April 2018, when asked about the police killing of Stephon Clark--an unarmed black man shot eight times, primarily in the back, in his grandmother's backyard in Sacramento, California Trump Administration's Press Secretary answered that his death was merely a “local matter.” The lack of executive leadership on this urgent civil rights issue makes it all the more imperative that we understand and address the role that racial character evidence plays in the unwarranted police killings of black and brown people on the street, and, of equal importance, the function it serves in exonerating police officers at trial, or in making sure these cases never even get there in the first place. Race is impermissibly used as evidence in the courtroom every day, and evidence law needs to be employed to preclude it from further harming victims of color, their communities, and the actual and perceived legitimacy of our criminal justice system.

Assistant Professor of Law, University of Pittsburgh School of Law.