Traces of the Slave Patrol: Notes on Breed-Specific Legislation 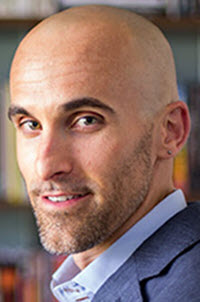 This Article starts from the paradigmatic premise that policing and law require violent distinction, rather than something practiced and/or applied unfairly, that is, as a mistake in real time. It starts from the premise that there is a history and structure of (non)recognition of those officially and legally invited to the fraternal fellowship of personhood and those indefinitely uninvited. The legal archive of racial slavery casts light--albeit not total light--on the distinction between blackness and personhood. More precisely, this history highlights those deprived of personhood and, by extension, those deprived of rights. In doing so, an ontology of rights is created. For example, non-blackness as coextensive with personhood is a reality made legally clear with the 1857 Dred Scott decision that declared black people as “beings of an inferior order” with no rights “which the white man was bound to respect.” In this sense, policing is always in the name of the people, but a deputized people, who are recognized as persons with rights, not merely those with legal personality. Therefore, what this Article suggests is that we can take something as benign as breed-specific legislation (Breed-Specific Legislation) and see it as part of a long unbroken chain of antiblack police practices, a trace of racial slavery, and a method of “white-over-black.” In other words, Breed-Specific Legislation allows us to explore the perdurance of antiblackness as the constant and incessant policing of black people that is nothing more than the “repetitions of the original accumulation.” More specifically, this Article explores the intersection of policing, law, and the cynoracial (dog in black) as a way to explore the impunity of surveillance which creates the condition for (re)capture. Simply put, this Article briefly explores how Breed-Specific Legislation can serve as a mechanism to maintain the system: that is to maintain the slavocracy.

While Breed-Specific Legislation might seem amusing on the surface, especially as it relates to race and policing, it does allow us to mine the depth and transmogrification of antiblack legal agendas. Breed-Specific Legislation, as it relates to the structural antagonism of blackness, reveals the ways in which dogs, particularly the pit bull, are central to black emergence and being in the late twentieth and early twenty-first century. The canine is a useful diagnostic of police power (we might recall it is modern man's best friend), and in tracking how the dog has long been featured as a constitutive element of antiblack police power we are able to see that the dog and the slave have always been legally bound. As a result, this Article is neither about animal rights, nor the welfare of animals, dogs in particular. It does not explore breed discriminatory legislation as a form of “canine racism.” Nor is it concerned with the study of human-animal relations in order to register insights about universal subjectivity. The issue here is the centrality of Breed-Specific Legislation and how it can illuminate a culture of jurisprudence that insists on using blackness to fulfill an antiblack agenda, such as “policing as punishment.” This requires a reframing of the timescales of race and policing and the linear and chronological progression away from slavery's practices. These traditions and practices resist, so it is written and often assumed, periodization into past, present, and future, for “[t]ime ceases with the original accumulation.” Part of the problem in discussing Breed-Specific Legislation is the elision of its connection to blackness, as kind and by extension social (non)recognition, which prevents us from seeing the long duree of racial slavery. That is to say that Breed-Specific Legislation is haunted by the structural entanglements of antiblackness and, specifically, the Fugitive Slave Acts, Dred Scott, and other legal measures that restricted black movement. In this sense, their temporalities are collapsed and anchored in black fungibility that exceeds chronological and legal progression, as well as legal historicity.

This Article suggests, pace David Marriott, that Breed-Specific Legislation is another legal measure, one of many, that prescribes to blacks that they live under the command of death whose prime value is a rule of life defined by its symbolic fungibility. Marriott continues, “racism is not strictly a question of meaning, but one of [repetitive] performance.” Simply put, this Article is interested in the performance and creation of legislation and statutory law, which ultimately is the enactment of negrophobia. As an analytical framework, black fungibility calls attention to the ways in which municipal ordinances mediate the ways blackness is policed. By fungibility, this Article calls attention to the premium in western modernity on rendering blackness useful for any and all purpose. Pace Hortense Spillers, Saidiya Hartman, and Anthony Farley, black fungibility is conceptualized as the capacity of blackness for unfettered “replaceability and interchangeability” in all realms of human life (e.g., political, economic, psychic). Blackness becomes a symbol, metaphor, and trope of criminality, violence, and much more. Saidiya Hartman notes that the juridical structure of slavery is based on fungibility and accumulation of black bodies, which are then arranged and rearranged within the symbolic and discursive “afterlife of slavery,” expressed by the “badges and incidents” of slavery. In other words, blackness as abstraction, is always already moving and available for the expansion of the law.

The dog in black is a canine that has a constructed, socially supported, deviance attached to its nature of being--a blackened ontology. More specifically, the pit bull becomes an open signifier of fear for black fungibility, the discursive and symbolic ground from which antiblackness stands, and the screen from which non-black personhood is propagated. In assuming an interchangeable function, the pit bull goes from an American icon to a vicious and dastardly beast, a “ghetto pup,” a dog in black. Black fungibility illustrates that despite the various cases that draw a hard line between human and animal, Breed-Specific Legislation suggests that canines are juridically blackened, commensurate with black criminality. Reflecting on the City of Baltimore's breed-specific legislation in The Baltimore Sun, Lawrence Grandpe wrote, “Over time, it seems that ‘pit bull’ has become a synonym for ‘black.”’ Rather than look solely at the constitution of police violence, Breed-Specific Legislation enables new, uncanny, and solemn ways of thinking about the “normalized, routine, institutional practices of disciplining and regulating black people.” This Article provides an alternative, albeit brief, reading practice of Breed-Specific Legislation. Theorizing the dog in black as a surrogate of black criminality, a blackened prosthetic, rather than an aggressive canine, enables, at least momentarily, legal reflection on the “perfection of slavery.”