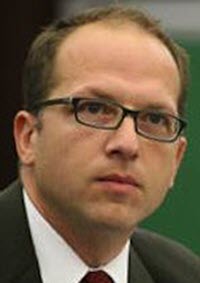 The Ku Klux Klan is America's oldest and most prominent terrorist organization. For over 150 years, groups calling themselves the Ku Klux Klan have committed uncounted murders, bombings, kidnappings, and assaults, as well as innumerable acts of intimidation and threats, including night riding and cross burning, all in the name of white supremacy and preserving white rule.

A large body of scholarship has examined the Klan movement in great detail, but it has not taken seriously the Klan's expressions of devotion to the Constitution. Hundreds of books have documented the Klan's history, violence, and significance--exploring the role of the Klan in different periods, in different states, the role of women in the Klan, the Klan's religious views, resistance to the Klan, and the FBI's fight against the Klan, among many other subjects--but none contains any analysis of what the Constitution has meant to the Klan. To the extent that published histories mention that the Klan has expressed its mission as a defense of the Constitution, these expressions have been dismissed as meaningless rhetoric. Typical is White Terror: The Ku Klux Klan Conspiracy and Southern Reconstruction by Allen Trelease, the most in-depth examination of the early history of the Klan, which dismisses the Klan's constitutional mission by stating that “[i]t would be hard to imagine a greater parody than this on the Ku Klux Klan as it actually operated.”

This article provides the first comprehensive examination of the constitutional ideology that has guided the Klan throughout its long and bloody history. As it shows, the Klan has long been devoted to the belief that the United States is fundamentally a white nation, that the nation's founders were dedicated to white rule, and that the Constitution should be understood as the source of white power. That ideology has long served as a powerful justification for violence. From its inception in 1868 until today, the Klan has described the violence it has perpetrated as patriotic in nature, undertaken not out of racial hatred, but as necessary to defend the nation and the true meaning of the Constitution. Declaring that whiteness is a foundational national principle embodied in the Constitution, the Klan has always found adherents who consider racist violence to be acts of the highest patriotism.

The Klan has gained prominence whenever white Americans have feared that their dominant status and power are threatened. Although the threats to white dominance have changed, the Klan has remained steadfast in asserting that, in its original and true meaning, the Constitution protects white rule:

As Part I examines, the Klan was established during the Reconstruction era to fight to preserve white power in the face of emancipation. In declaring that its mission was to “uphold and defend the Constitution of the United States as it was handed down by our forefathers in its original purity,” the Klan expressed its dedication to the antebellum Constitution and its opposition to the Civil War Amendments.

As Part II discusses, the Klan was revived in 1915 to address the new threat to the power of white Protestants posed by the influx of Catholics, Jews, and other immigrants. The revived Klan asserted that only Anglo-Saxons are capable of appreciating the nation's constitutional values, while other people are dangerously ill-suited for self-government under the Constitution.

As Part IV discusses, in the wake of the defeat of segregation, some white supremacists in the 1970s and 1980s--both within the Klan and outside the Klan--lost faith in the Constitution as a source of white power and began to argue that whites should seek to create a separate ethnic state. The white supremacist movement today is comprised of two principal factions: reactionary groups that seek to restore white rule within the existing power structure United States, and revolutionary groups that seek to establish a separate white nation. Dedication to the Constitution represents the dividing line between the two factions.

As this history reveals, the Klan's constitutional ideology has always drawn on mainstream American constitutional thought. From before the time of the nation's founding, many Americans considered liberty and self-government to be the unique products of a British heritage that other peoples did not and could not appreciate. In the Dred Scott case, the Supreme Court endorsed the widely held view that the Constitution was written by and for white people, and that belief persisted long after the Civil War, despite the adoption of 14th Amendment and the elevation of racial equality as a constitutional value. In the 1920s, when the Klan campaigned that Jews and Catholics were unfit for the Constitution, a majority of the members of Congress agreed that the maintenance of constitutional government required maintaining the dominance of the nation's white ethnic stock. In the 1950s and 1960s, the Klan was united with mainstream white organizations, which agreed that the Constitution protects white rule.

The history of the Klan illustrates how constitutional rhetoric can be used to advance a narrow conception of American identity. In each era, the Klan has sought to recruit and mobilize members by portraying threats to white power in nationalist terms, not as threats to a racial group but as attacks on the nation itself. That appeal has succeeded because many whites consider themselves prototypically American and experience threats to their status as threats to the nation. Mobilizing to protect this nationalist vision, Klan members have naturally rallied around the Constitution, which Americans have long considered the supreme national symbol and embodiment of national values. To those who think of the United States as a white nation, defending the Constitution means defending whiteness.

What does it say about the United States that for over 150 years the nation's most prominent hate group has considered its campaign of violence and terrorism to be a defense of the Constitution?

Constitutional nationalism can provide “a comforting, even inspiring ideal of national identity. It is [sometimes] said to avoid the irrational hatred and bigotry associated with more primitive forms of ethnonationalism.” As President George W. Bush declared in his first inaugural address: “America has never been united by blood or birth or soil. We are bound by ideals that move us beyond our backgrounds, lift us above our interests and teach us what it means to be citizens.” President Obama expressed the same conception of American nationalism in almost the same words, as has every President for the last fifty years, with the possible exception of Donald Trump. Rather than sectarian, tribal, and Old World forms of nationalism--identified by President Bush as nations “united by blood or birth or soil”--constitutional nationalism teaches that being American means being committed to universal ideals like individual liberty and equality.

The history of the Ku Klux Klan reveals that there is another story to tell about what constitutional nationalism has meant in American life--a more disturbing and violent story. Klan members, like many Americans, believe that white racial identity is an essential part of what it means to be American, and the Klan has translated that belief into familiar constitutional terms, declaring that the Constitution itself embodies the nation's white identity.

American history is littered with political movements that have used constitutional rhetoric to advance narrow conceptions of American identity. In the 1850s, the Know-Nothing Party argued that Catholicism was incompatible with the Constitution because Catholics would always owe allegiance to the Pope and not to the Constitution. When Congress enacted the Chinese Exclusion Act in 1882, it declared that Chinese people were too foreign to abide by the Constitution. In the first decades of the twentieth century, the Immigration Restriction League fought to keep out immigrants from southern and eastern Europe that they deemed unfit to participate in America's constitutional republic. In more recent years, right-wing activists have sought to bar Muslims from immigrating to the United States, by declaring that Islam is incompatible with the Constitution. Rather than embodying national identity, the Constitution provides a neutral, patriotic-sounding rhetoric for expressing disputed conceptions of who is truly American.

As the history of the Klan also shows, constitutional nationalism entails more than just rhetoric. It provides a ready justification for violence. The duty to kill and die for the nation is a central trope in all nationalist discourse, including constitutional nationalism. If commitment to the Constitution defines what it means to be American, those who do not embrace whatever principles are said to have constitutional status can be portrayed as un-American, as enemies of the nation, or as aliens who must be excluded and defeated to protect the nation--by force if necessary.

In fact, many of the nation's most notorious acts of domestic terrorism have been undertaken in the name of the Constitution. This includes the 1995 bombing of the Alfred P. Murrah Federal Building in Oklahoma City, in which Timothy McVeigh set off a truck bomb that killed 168 people. McVeigh, a former Klan member, declared that the bombing was justified because the government had exceeded its powers through overzealous enforcement of federal gun laws. “‘I have sworn to uphold and defend the Constitution against all enemies, foreign or domestic, and I will,”’ McVeigh explained, “‘And I will because not only did I swear to, but I believe in what it stands for in every bit of my heart, soul and being.”’ As these and many other stories show, movements that are committed to defending the nation's fundamental constitutional principles can make killing and dying a noble and patriotic cause.