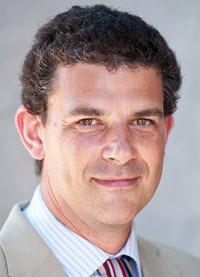 At the heart of the Warren Court's criminal procedure revolution was the idea that the public police must be answerable to the judicial branch if we are to avoid arbitrary and capricious governance. Judicial review of police conduct prevented the Constitution from becoming “revocable at the whim of any police officer who, in the name of law enforcement itself, chooses to suspend its enjoyment.” The problem, the Court recognized, was the unchecked power of the police to interfere with the public at their pleasure. Without the judicial check, the Court recognized, policing becomes a state of nature: “If the government becomes a lawbreaker, it breeds contempt for law; it invites every man to become a law unto himself; it invites anarchy.”

The Court's regulatory regime relied upon the judicial branch to hold the police accountable. Judges provided a front-end check on the police, through the warrant process, by requiring them to obtain from a magistrate a “neutral predetermination” of the lawfulness of their proposed conduct. Judges also enforced a trial-oriented back-end sanction--exclusion of evidence at trial--incentivizing the police to limit themselves to magistrate-approved conduct. Indeed,

the rule excluding evidence seized in violation of the Fourth Amendment has been recognized as a principal mode of discouraging lawless police conduct ... and experience has taught that it is the only effective deterrent to police misconduct in the criminal context, and that without it the constitutional guarantee against unreasonable searches and seizures would be a mere form of words.

One way to understand the Warren Court's jurisprudence leading up to Terry v. Ohio, then, is as facilitating oversight by the judiciary of executive action. Standing guard over the police is the prime function of the warrant process. But asserting Fourth Amendment rights at trial has a more general role in bringing to light low-visibility police conduct, so that the public can participate in the process of holding the police accountable, through the democratic political process.

Low-visibility policing is a method of social control that enables the police to act at their pleasure when deciding how to maintain or impose order on the streets. Courts and legislatures do not get to know “the substance of these ‘low visibility’ ... [activities, so] they c[an]not correct, clarify, or constrain the[ir] boundaries.” Low-visibility policing, because it avoids judicial oversight, presents an existential challenge to the Warren Court's Fourth Amendment regime of judicial oversight of the police.

One particular form of low-level harassment--the stop and frisk-- occupied a central role as both a technique of racial harassment and low-visibility policing. One of the great disappointments for supporters of the Warren Court was its refusal to prohibit the police practice of stopping and frisking suspects on the street as a form of criminal investigation. Stop and frisk, the Court noted, caused a great deal of friction between the police and minority communities continues to do so. Despite the Court's worries about the impact of stop and frisk on minority individuals, the Court endorsed some version of that practice, prompting critiques of the Terry opinion as formalistic, or race-blind, or as conciliating the police.

In fact, the Court's discussion of race often mirrors the radical language adopted by the 1967 President's Commission on Law Enforcement and Administration of Justice in its famous report, The Challenge of Crime in a Free Society, published just one year earlier. That President's Commission called for radical, top-to-bottom reform of the police and its relationship to minority communities. The courts and the Constitution are relatively powerless to undertake this sort of radical reform. If Terry's discussion of race and policing appears unsatisfying, that is because the Fourth Amendment's ability to address racially-biased policing is unsatisfying. The interaction of race and policing is a complex problem with a long history and no easy solutions. Thanks in part to the President's Commission, the Terry Court was well aware of that history.

The problem presented by Terry is simply that the criminal justice system is not an integrated system, but a fragmented one. One way it is fragmented, the Terry Court recognizes, is between crime control and public-order policing. Crime control has high-judicial visibility, allowing illegally-gained evidence to be excluded at trial. Public-order policing has low-judicial visibility. What happens on the street stays on the street, and rarely makes it to the courtroom. Read this way, Terry tells lawyers something uncomfortable. In a fragmented criminal justice system, there are some forms of police misconduct that the Court, and the exclusionary rule, just cannot remedy. Doing social activism through law is not enough. The Fourth Amendment lacks the resources to protect us from race-based policing.

For the most part, the race-based criticism of Terry focuses, understandably enough, on the Court's failure to engage with a race-conscious approach to the problems of race-based policing. Many of these critiques are urgent and important. However, in an attempt to place the blame for subsequent doctrinal novelties at the feet of the Terry Court, they generally embargo and explain away the Court's explicit discussion of race-based policing and the Court's references--express and implied--to the recently published Challenge of Crime in a Free Society.

To reclaim a sense of Terry's powerful engagement with race and reasonableness, I want to separate out Terry from its progeny and suggest that the Court was engaged in a conversation with the President's Commission. I shall begin by discussing the President's Commission's radical critique of race-based policing and its even more radical recommendations for reform: recommendations that have largely been ignored and unfulfilled. I shall then explain how Terry's approach to stop and frisk responds to race-based harassment by, not only adopting, but rendering more stringent, the President Commission's recommendations on the use of stops and frisks. I shall suggest that Terry's precise, rule-like approach to stop-and-frisk policing precludes its use as a device for low-level racial harassment and limits its use to investigating crimes of violence. This precision enabled the Court to tackle head-on a problem identified by both the Terry Court and the Report: the central place occupied by physical displays of police authority--often called “command presence”--to dominate racial minorities. I shall conclude by suggesting that critics frustrated at the way the reasonable suspicion standard has been co-opted by a propolice agenda miss the Court's central regulatory claims. Three claims are particularly important: (1) that there is not one criminal justice system, but many overlapping systems; (2) that the police conduct is highly visible in minority communities; but (3) that same conduct is low visibility in the courts that are supposed to regulate their behavior. Constitutional litigation is thus a limited resource against the sort of low-visibility policing that remains separate from the process of criminal prosecution and so incapable of judicial oversight.

The Terry doctrine and the extended use of stopping and frisking as a means of harassing minority community members has been the subject of much perceptive criticism over the past fifty years. But in criticizing the doctrine, many scholars have lost sight of the most perceptive aspects of the case. These include the Terry Court's important insight that the criminal justice system is fragmented among many institutions, with overlapping but competing interests. No one institution, and no one technique of regulation could hope to control them all; and that is especially true of such an internally fragmented institution as the police.