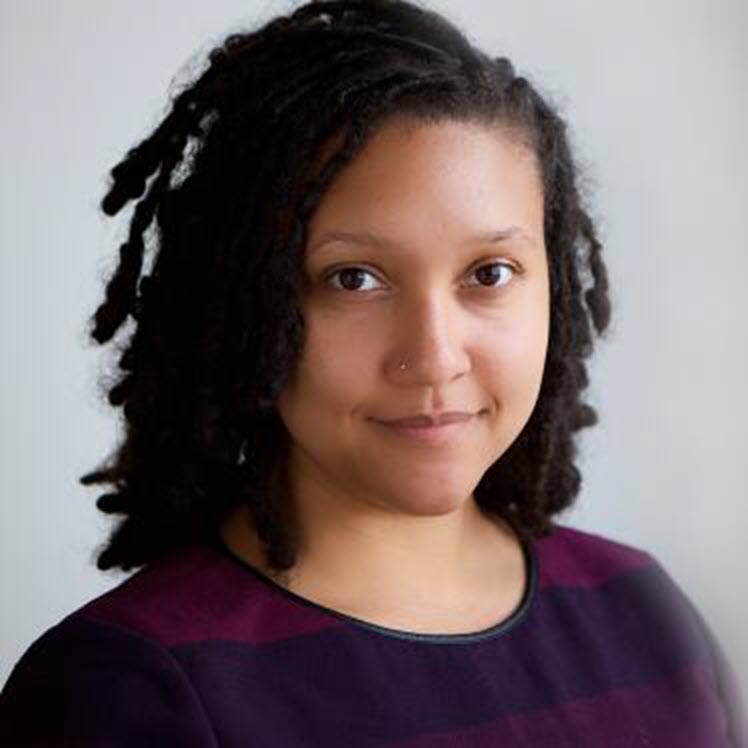 The year 2014 was a critical moment of visibility into police brutality disproportionately impacting Black people in the United States. In July 2014, Eric Garner, a Black man in Staten Island, New York, was choked to death by white police officers as he pleaded “I can't breathe.” The following month, Michael Brown, a teenaged Black male from Ferguson, Missouri, was killed by a white police officer. These incidents, and many others, sparked a national movement for Black lives. With rallying cries such as “Hands Up, Don't Shoot,” advocates called attention to the number of Black people disproportionately killed by police with impunity. The Department of Justice soon after initiated federal investigations of the Ferguson police department and before the year's end, President Barack Obama convened the President's Task Force on 21st Century Policing.

As resurgent movements against police violence were unfolding nationally, so were initiatives to combat rape culture, particularly on college campuses. In January of 2014, the White House Task Force to Protect Students from Sexual Assault was established and the “It's On Us” campaign was launched in the fall. The purpose of these efforts is to “reject the quiet tolerance of sexual assault” and provide colleges with best practices. The visibility of the campaign also led to an increase in Title IX investigations by the Department of Education-- from 55 institutions under investigation in May of 2014 to 159 as of January 2016.

The connection between these two initiatives extend beyond the imposition of federal investigations, task forces, and awareness campaigns--less than two weeks after Michael Brown was killed and approximately one month before the “It's On Us” campaign was launched, an Oklahoma City police officer was arrested for assaulting thirteen Black women. The officer targeted and tracked down these women, utilizing department resources. He deliberately chose women with criminal records and living in an impoverished area because he felt certain no one would believe them.

Local activists attempted to gain support from local women's rights organizations and faith-based institutions in the Black community yet were told that the survivors were not respectable enough and partnerships with law enforcement were at stake. During the trial, the defense repeatedly attached the veracity of the survivors and one survivor in particular took the stand while in chains and a prison jumpsuit. On December 10, 2015, the jury found the officer guilty of 18 of the 36 counts and recommended a 263-year sentence, which was later affirmed by the presiding judge. Although some have hailed the outcome of this case as “justice served,” the jury did not substantiate the allegations of five survivors nor are immediate mechanisms of support clearly identifiable and available. This case, even with success in prosecution, exposes the truth behind the officer's logic for targeting these women--they are not easily believed and not easily supported.

Police sexual violence is not an anomaly. There are several news stories of sexual assault during traffic stops, in response to traffic incidents or domestic violence calls, or the extortion of sex from sex workers. Police officers have abused their authority in ways that leave women disproportionately vulnerable to sexualized police violence but gaps in data, underreporting, and fear of retaliation, make it difficult to map its prevalence and the populations most vulnerable.

The Oklahoma City case reveals the hypervulnerability of Black women, which dates back to chattel slavery. Yet policing tropes are typically seen through the lens of stop and frisk, physical violence, and death by cop--which are predominately associated with the Black male experience, thereby personifying Black suffering and struggle in a limited relief. As a result, the experiences of Black women as survivors and victims of police terror are excluded, which condones the deprioritization of problematic interactions between the criminal legal system and Black women within advocacy agendas. Simply declaring that police kills us, too does not remedy the problem.

The pervasive silence around sexual assault in our society is exacerbated when state agents themselves, especially those tasked with protecting and serving, are indeed the perpetrators. The President's Task Force on 21st Century Policing released a final report, recommending best practices to fight crime and build trust between law enforcement and communities. However, it is the frequency of police interactions themselves that increase susceptibility to police violence. Reforms that normalize the presence of law enforcement in communities of color simultaneously normalize the use of force.

By characterizing officers who commit sex offenses as “rogue” actors, we fail to understand sexual assault as structural violence that courts have not adequately protected against and the sinister history of policing and incarceration in this country. Our “reliance on procedural rather than substantive justice” will only reinforce injustice. Thus, dominant policy agendas do not adequately challenge the legitimacy of police power nor develop survivor-centered support mechanisms. Providing survivors with resources should not be limited to the context of prosecution. It should also include immediate and long-term emotional and financial supportive services and a conscious effort to invest in marginalized communities.

Throughout this Article, I make several main arguments: dominant policing discourses often ignore racial and sexualized terror disproportionately impacting Black women, rendering these experiences marginal to police accountability efforts; interventions focus on procedural remedies instead of centering the needs of those most vulnerable to state violence, especially abuses that lie outside the bounds of “legitimate” police interactions; mainstream reforms have failed to advance survivor-centered remedies and mechanisms that challenge police legitimacy; sexual violence cannot be viewed through a primarily interpersonal lens, but rather must be seen as structural violence; to end police violence we must divest from policing and invest in communities; and to hold structures accountable we must adopt a human rights framework. Thus, the project of this Article is to complicate mainstream policing discourses in order to generate comprehensive support mechanisms and visions of justice that can frame how we address interpersonal and structural violence writ large.

Part I will begin with a brief overview of racial profiling, police violence, and reform discourses, including intersectional interventions.

Next, Part II will discuss the prevalence of police sexual violence based on available data and the role of policing itself in producing such violence. Part II will also briefly historicize Black women's hypervulnerability to race- and gender-based violence and pejorative stereotypes that constrain access to justice and resources.

The dominant perceptions of police violence and sexual assault are limited. Imagine the names we do not know and the posters we do not raise--how can justice for everyone be prioritized? By mapping “the blank,” we are able to expand the lens by which we understand and construct solutions to violence. Historicizing police sexual violence exposes the unique vulnerability of Black women and challenges the framing of sexual assault as interpersonal and racial injuries as male. Institutions do not simply witness violence--they themselves are agents of it.

Procedural interventions reinforce institutional power, thereby entrenching their legitimacy in lieu of alternative forms of safety and justice. Mainstream antiviolence interventions have led to the expansion of police presence in low-income communities of color. As a result, law enforcement is viewed as a permanent fixture in our communities and as a partner in justice. We fail to reckon with the history of policing in this country and the overwhelming deference given to penal institutions.

To address police violence of all types, we need to challenge our reliance on police. To address interpersonal and structural violence, we need to support survivors, magnify their voices, and invest in individuals and communities. Police sexual violence reveals the need for, yet lack of, nuance and synergy within and between mainstream and grassroots movements. Justice will not be served unless we build an intersectional, rights-based framework rooted in diverse narratives, community self-determination, system accountability, and penal divestment.

Jasmine Sankofa is a Law Clerk to the Honorable Ronald L. Ellis in the Southern District of New York.