Black, White, and Blue: Bias, Profiling, and Policing in the Age of Black Lives Matter 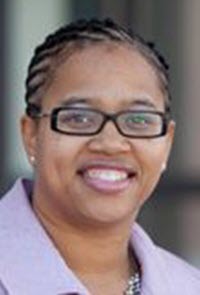 “Most middle-class whites have no idea what it feels like to be subjected to police who are routinely suspicious, rude, belligerent, and brutal.” Benjamin Spock

On July 17, 2014, in Staten Island, New York, Eric Garner lost his life to an illegal chokehold at the hands of police officer Daniel Pantaleo. With his last words, Garner uttered the phrase that became a rallying cry for social justice activists and their allies all across the country: “I can't breathe.” Just a month later, on August 9, 2014, white police officer Darren Wilson shot and killed Michael Brown, an unarmed black teenager, in Ferguson, Missouri. For many, Brown's death was a tragedy, but the horror escalated when hours later his bullet-riddled body was still in the street for all to see, generating a collective confirmation that truly black lives do not matter. Officer Wilson was never indicted, charged, or convicted for Brown's death. On November 22, 2014, twelve-year-old Tamir Rice lost his life when officer Timothy Loehmann shot him in Cleveland, Ohio. This child, who many say had a severe learning delay, was outside at the park playing with a toy gun. A 911 call revealed that someone, probably a juvenile, was outside with most likely a fake weapon. With no investigation, no conversation, no attempt at de-escalation, the police rolled up to the park, opened their doors, and opened fire.

The deaths of Eric Garner in New York City, Michael Brown in Ferguson, Tamir Rice in Cleveland, and too many others caused waves of nationwide protest and appeals for justice. What could possibly account for such violations of civil rights against citizens protected under the law? How could the justice system in many cases offer no remedy to the families of these victims? How could this spark such revolutionary movements such as Black Lives Matter (#BlackLivesMatter) and Colin Kaepernick's #TakeAKnee campaign? In this article, I will attempt to offer an answer to these questions.

First, the blackness of a suspect has become the justification for a violent response by not only law officials but by people in general. Implicit bias, or unconscious association, gives the actions of the African American a different meaning, particularly in a society that reacts and acts according to the race of an individual. If we associate blackness with suspicion, violence, laziness, drug use and distribution, etc., then such associations become the normative frame for how all African Americans are perceived.

Second, countless acts of violence against unarmed black citizens by law enforcement officials are not new; what is new is the technological circulation of these events with a greater speed and reach. Social media has allowed rapid recording and dissemination of police violence. So, what appears to be a new phenomenon is an old dog with no new tricks, but now showcased within a digital age.

Third, the over-criminalization of communities of color has led to higher rates of surveillance, arrest, prosecution, and convictions. These higher rates of prosecution support a false premise that African Americans are more dangerous and prone to criminal behavior. Just imagine the increased levels of crime that would be uncovered if more affluent neighborhoods were subject to the same rates of policing. Just policing will never occur until we can approach all neighborhoods, and the people within them, with the same presumption of humanity, presumption of civility, and presumption of innocence.

We cannot afford to overlook the link between racism and crime. It is imbedded in our history. Racism has an impact on how African Americans are treated, how white Americans perceive African Americans, and in some cases, life and death. Racial inequality, both actual and perceptual, is a social fact. Failure to acknowledge inequality not only ensures that it will continue, but also further exacerbates the pain experienced by its victims. So, I return back to my initial claim--such violations of civil rights occur because of police indifference to the humanity of communities of color. Implicit biases reveal that the race of the suspect becomes the justification for a violent response by police officers. Implicit bias endangers the lives of African Americans because these citizens' actions are given different meanings. Blackness means an unarmed man is armed, a cell phone is a gun, and an individual held down by twenty cops in a chokehold could break loose at any moment and grab a cop's gun. While Whiteness means innocent until proven guilty, boys will be boys, and we are here to protect and serve our citizens.

Social media is a way that society can police the police. A rapid recording and dissemination of police violence gives society a front row seat to the vehement injustice that African Americans face at the hands of the police. There must be something more to the overpopulation of black individuals in the prison system than just the claim that African Americans commit more crimes. A consideration of an unjust policy of racial profiling which leads to over-criminalization in black communities points to higher rates of surveillance, arrest, prosecution, and conviction. If any community becomes the target of over-policing, the probability of finding crime will increase. We must advocate for the fair and equal distribution of policing so that all citizens are equally safe and equally prosecuted. We know that all lives should matter ... but right now, #BlackLives are the ones in danger.