The American Declaration of the Rights and Duties of Man: Using a Human Rights Framework to Deconstruct Systemic Police Misconduct Against Low-income Women of Color 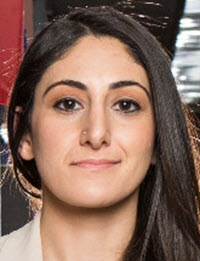 Christopher Columbus had his sights set for India when he stumbled upon what is now the United States. Columbus proclaimed the territory officially “found,” negating the fact that an entire society and cultural fabric already existed. The subsequent colonization of the Native American population established cultural and ethnic hierarchies that subordinated Native Americans in favor of Eurocentric traditions and ideals. As European imperial power continued to expand across the globe, Eurocentric ideologies prevailed. The white European male with status and privilege encapsulated the image of power.

This power hierarchy was reinforced when slavery became an institution in the American colonies. Africans--as the sentiment went--were savage “others” who were inherently inferior to white colonists. Pseudo-science reaffirmed this conception by declaring Africans intellectually deficient and physically anomalous. The racial dimension of this hierarchy served the colonists well because they could rationalize their sub-human treatment of slaves who effectively provided the labor and economic means for colonists' survival.

Racial dimensions were not the sole construct for maintaining power. The colonial era illustrated multiple facets of subordinated identities, including gender. Women's status occupied a low level on the spectrum of hierarchical identities. The “breeding slave” exemplified women's relegated position; these female slaves were nothing more than sexual and reproductive commodities that could replenish a slaveholder's labor force.

The breeding slave exemplifies the early interplay of multiple identities. Not only did the breeding slave suffer because of race, but she also suffered because of her sex. In 1989, legal scholar Kimberlé Crenshaw coined the term “intersectionality” to describe “the way multiple oppressions are experienced.” Crenshaw argued that forms of discrimination often did not fit into simple categories, such as racismor sexism. Rather, a black woman may be discriminated against because of both racismand sexism. Multiple identities, Crenshaw argued, coalesced into formulations of discrimination with undesignated parameters.

Crenshaw's theory provides a telling story of who wields power in contemporary U.S. society, which suffers from the same power structures inherent during the era of colonization and colonial slavery. Today's power hierarchy places certain categories of people at the bottom, while further disempowering those with intersectional identities who are historically considered disadvantaged. The legacy of U.S. police misconduct demonstrates that low-income women of color are consistently placed on the bottom of today's power structure as a mechanism of social control; the police, who are supposed to be the very protectors of disenfranchised groups, reinforce a power hierarchy that enmeshes low-income women of color into a perpetual struggle for survival in an antagonistic system that consistently tries to remind them of their “place” in the power schematic. Adoption of human rights standards into binding law, particularly recognition of the American Declaration of the Rights and Duties of Man (hereinafter referred to as the “American Declaration” or “Declaration”), can begin the process of dismantling a power scheme riddled with human rights abuses.

In Section II of this paper, I will discuss how hegemonic masculinity permeates police culture, posing particular problems for low-income women of color.

In Section III, I will consider problematic policing policies that disproportionately impact low-income women of color. These policies intensified throughout the War on Drugs and linger into the present; they include the use of Terry stops, the increased militarization in policing, and inequitable incarceration rates.

Section IV will consider how recognition of international human rights norms, particularly the American Declaration, can operate to dismantle the deeply entrenched power hierarchy in the U.S. This analysis will largely consider the case of Lenahan v. United States, heard by the Inter-American Commission on Human Rights. Adopting the American Declaration provides recognition that police misconduct constitutes a human rights abuse that strips low-income women of color of their dignity, entrenching them in a constant state of victimization.

Accepting the American Declaration as binding law and ultimately adopting the Declaration as domestic law will operate to dismantle the U.S. caste system that places low-income women of color on the lowest tiers of the social hierarchy. U.S. policing and law have not proven sufficient for breaking the deeply-entrenched against low-income women of color, and rather, have worked to maintain control over this population--severely disadvantaging it. The U.S. needs a human rights framework to combat police brutality and serve as a check on its historical legacy of discrimination and victimization; the American Declaration will serve as such.

Neda Saghafi is a recent graduate of the University of Maryland Carey School of Law.end of document