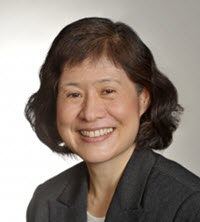 On November 24, 2015, the city of Chicago released dashboard camera video footage of the shooting of a seventeen-year-old Black male teenager named Laquan McDonald by Jason Van Dyke, a police officer with the Chicago Police Department. The video shows McDonald strolling down the street, holding a knife in his right hand by his side. McDonald does not appear to be threatening anyone. In fact, there is no one within his striking distance. Seconds later, we see a small figure to the left of the screen, pointing a gun in McDonald's direction. A shot rings out, and McDonald falls to the ground. Then, the popping sound of several more gunshots--a total of sixteen shots in fifteen seconds--and the sight of McDonald's body twitching as he is shot over and over while lying on the ground. The fatal shooting of Laquan McDonald occurred in October 2014, but the City of Chicago refused requests to release the video for over a year. The video was not made public until November 2015, when a judge ordered its release. The footage sparked outrage and protests as McDonald's fatal shooting was yet another in a string of highly publicized shootings of Black males by police officers, including the August 2014 shooting of 18-year-old Michael Brown in Ferguson, Missouri; the November 2014 shooting of 12-year-old Tamir Rice in Cleveland, Ohio; and the April 2015 shooting of 50-year-old Walter Scott in North Charleston, South Carolina.

The vast majority of the individuals shot and killed by police are armed. In many of these cases, especially those involving suspects pointing a gun, replica gun, or toy gun that looks like a real gun at an officer or another person, or refusing to drop a weapon after a police directive to do so, courts consider the officer's use of deadly force to be justified.

When an individual is unarmed, there is usually less justification for using deadly force. Of course, an unarmed individual can pose a threat of death or serious bodily injury to a police officer or others. For example, an unarmed individual high on Phencyclidine, or PCP, can kill or seriously wound an officer, even without a weapon. An unarmed individual in close proximity to an officer can grab the officer's gun and use it against the officer. Nonetheless, when a police officer shoots an unarmed suspect or a suspect armed with a knife rather than a gun, the shooting is more likely to raise questions about necessity and proportionality than when an officer shoots an armed suspect.

Disturbingly, a disproportionate number of the unarmed individuals who are shot and killed by police are Black. In 2015, Black men accounted for approximately forty percent of the total number of unarmed individuals shot and killed by police even though they constituted just six percent of the population. In 2015, unarmed Black men were seven times more likely than unarmed White men to die by police gunfire and “an unarmed black man was fatally shot by police about once every nine days.”

When an officer shoots an unarmed individual under the mistaken belief that the person is armed, the shooting suggests threat perception failure. “Threat perception failure” is a term of art used to describe a situation when an officer thinks a suspect is armed when in fact the suspect is not armed. Associate Professor of Criminology Lorie Fridell explains that threat perception failure is more likely to occur when a police-citizen encounter involves a Black suspect than when it involves a White suspect because of deeply rooted stereotypes linking Blacks with crime. In many cases, police officers have shot and killed Black individuals because they mistakenly believed those persons had a gun. These shootings were not necessarily the result of conscious racism. Deeply rooted stereotypes that link Blacks with violence, danger, and criminality may have influenced these officers to perceive a weapon or threat to life where none actually existed.

In a previous paper, I documented numerous cases in which police officers, mistakenly thinking the individual was armed and dangerous, shot and killed unarmed Black men and women. In this article, I explore the social science research on race and the decision to shoot. By and large, this research demonstrates that most individuals are quicker to see a weapon when dealing with a Black suspect than when dealing with a White suspect. Interestingly, several shooter bias studies have found that police officers are better than civilians at deciding when to shoot, suggesting that training and experience can improve accuracy and reduce racial bias in the decision to shoot. In light of this research, I offer two modest proposals for reform aimed at improving the training requirements for police officers.

First, I propose that police departments implement training aimed at improving accuracy and reducing bias in the use of deadly force. Fortunately, the social science research suggests that police officers can be trained to both reduce racial bias and increase accuracy in decisions to shoot. As discussed within, studies have shown that repeated exposure to Black and White suspects when race is not a diagnostic cue as to whether the suspect is holding a gun results in less biased and more accurate decisions about when to shoot.

The August 2014 shooting of Michael Brown by Officer Darren Wilson in Ferguson, Missouri triggered a national conversation about race and policing that continues today. Even though the “hands up, don't shoot” narrative that became a rallying cry for BlackLivesMatter protesters was later discredited by a Department of Justice investigation into the shooting of Michael Brown, this conversation is important because shootings of minority victims can provoke mistrust between community members and the police and lead to civil unrest. The community may perceive the police as racist even when an individual officer might have been acting justifiably. And the police, in turn, might hesitate to intervene in situations involving criminal activity even when police such intervention would be appropriate.

This conversation about race and policing should be of concern to everyone because problematic shootings by police cost taxpayers millions of dollars in settlements arising from civil lawsuits. These monies could instead be going toward improving social services, schools, and jobs. The need for reform of policing practices, however, transcends race. Almost half of all individuals shot and killed by police each year are White.

In recognition of these realities, this article proposes two ways to enhance the training that police officers currently receive. One reform proposal--training in the use of force aimed at reducing racial bias and improving accuracy in the decision to shoot--directly responds to the numerous studies suggesting that police officers, like citizens, are quicker to see a weapon in the hands of a Black person than in the hands of a White person. The other, recognizing that the need for reform transcends race, is race neutral: police officers should be required to engage in regular and ongoing weaponless martial arts training. These are modest proposals for reform, but if either of these reforms can save even one life, they will have been worth the effort.