Redefining Standards of Excessive Force: Implications for Policy and Practice 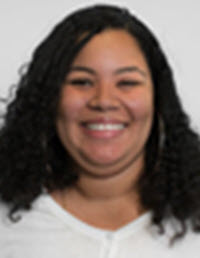 Imagine yourself walking down the street at night. The street is relatively empty, but there is a bar to your right playing loud music. As you make your way down the street, two officers turn the corner and walk in your direction while gripping the handguns on their waist. They approach you and your heart starts to race. They ask you to stop walking and inform you that you fit the description of a suspect reported for robbery at a nearby bar. They ask you for identification, which you hand them before one officer roughly grabs your shoulders and guides you to the wall. The other officer begins to pat down your outer clothing, and when they reach your lower body, tightly grips your legs. When they find nothing, they hand you back your identification and tell you that it's late and dangerous outside, and that you should get home. They walk off, and you stand there confused, wondering what you did to deserve that.

In terms of the force used by the officers in the situation above, did the police do anything wrong? Some might argue no, citing a variety of Supreme Court cases that have come to shape the way police departments and agencies define excessive force. Others might say yes, pointing to the officers' unnecessary use of roughness while they temporarily detained you. The illustration above provides one example of how officers will use force against civilians, which some civilians may consider unnecessary, yet is nonetheless legal. The International Association of Chiefs of Police (IACP) defines excessive force as “the application of an amount and/or frequency of force greater than that required to compel compliance from a [willing or] unwilling subject.” The way policing agencies such as the IACP define excessive force fails to address the use of unnecessary force. Robert Worden, the author of “The ‘Causes' of Police Brutality: Theory and Evidence on Police Use of Force,” defines unnecessary force as force used on a citizen either before they display resistance and/or after they stop resisting. In other words, unnecessary force refers to the use of force when it is not required to subdue an individual. Thus, while standards for excessive force focus on the amount or frequency of force used, unnecessary force is more concerned with the application of physical force in a situation where alternative strategies (such as giving a verbal command) are sufficient. Nonetheless, verbal commands can also be used forcefully and unnecessarily. But, why is it important to understand the gap between definitions of excessive and unnecessary force?

This paper will argue that standards for excessive force in police department policies governing force should include the definition of unnecessary force. Not doing so has the power to engender procedurally unjust policing and threaten the legitimacy of police, thereby inadvertently reducing voluntary compliance with the police. Furthermore, the current standards for excessive force create opportunities for officers to use unnecessary, but legally permissible force, which places civilians at risk of physical and/or psychological harm. This argument will provide the foundation for understanding why police departments and agencies should adopt a culture of procedural justice to reduce the use of unnecessary force.

This paper proceeds in four parts.

Part I provides an overview of how the law defines force and relevant case law establishing the way courts regard excessive force.

Part II will review arguments by legal practitioners and executives focusing on the need for use-of-force policies to maintain legal standards for reasonable force. Part II will also examine how the scope, definitions, and procedures listed in newly revised policies for two police departments--New York City Police Department and Seattle Police Department--may enable the use of unnecessary but nonetheless “reasonable” force.

Part III will review the implications for civilians' psychological and physical health when they experience unnecessary force by officers. Part III also examines evidence of the racialized use of force that suggests certain groups are at greater risk of being victims of unnecessary use of force based on ethnic identification. This section also provides an overview of procedural justice theory and its application to policing and officer use of (unnecessary) force.

Lastly, this section will then identify how enabling of unnecessary force has the potential to reduce voluntary compliance with the police by creating opportunities for officers to engage in procedurally unjust policing. Finally, Part IV concludes with a look at what the prevention and regulation of unnecessary force might look like for policing practice.

Police use of force is an area that needs much work. Focusing on the ways in which necessity of force is constructed in use-of-force policies represents a critical step toward the development of better policing practices across the U.S. Specifically, by focusing on “objectively reasonable” standards to define excessive force in use-of-force policies, a grey area where unnecessary but legally permissible force looms and places citizens at risk of unfair treatment by police. Moreover, this unfair policing has the power to reduce compliance and cooperation with police. Creating a culture of procedurally just policing provides a way to eliminate that grey area by emphasizing that force should only be used when civilians physically resist. Police executives should develop that culture by reforming policies to include the definition of unnecessary force in excessive force guidelines, as well as through training initiatives that underscore the significance of procedural fairness.

It is important to note that while this paper claims the use of unnecessary force poses a risk to compliance and cooperation with police by facilitating procedural injustice, we cannot ignore the moral wrong that surfaces when procedural fairness is violated. Justice Tankebe discusses the problem with only taking procedural justice seriously for its utilitarian value, arguing that procedural fairness should be pursued as an intrinsic value. He states:

The danger with this line of argument is that it risks rendering the legitimate exercise of authority a redundant issue if there is no convincing empirical evidence that demonstrates its influence on public law-abiding behaviour .... The police have an intrinsic non-negotiable obligation to exercise their authority within the limitations of normative values and expectations of the particular society in question, irrespective of any demonstrable instrumental benefits in terms of facilitation of the police's task in maintaining order.

Thus, while the main focus of this paper was primarily on the risk of subjecting civilians to unnecessary force in terms of its implications for compliance, it is essential to consider the following question: if it is unnecessary, why are we doing it?

This paper outlined the ways in which police executives highlight the importance of avoiding legally impermissible force during use-of-force policymaking. This evidence is based on publications in policing magazines primarily authored by retired lieutenants and sergeants who mostly do consulting now. I cannot guarantee that these voices are truly representative of police executives or that all police executives hold the same opinion about where to draw the line with defining excessive force. Future research should examine the ways in which police executives define necessity of force, as well as the decision-making processes use-of-force policymakers engage in during policy reform.

Another limitation to consider relates to my analysis of the vulnerability Blacks may face in terms of unnecessary force because of the racialized nature of “reasonableness” standards and what Richardson and Goff call the “suspicion heuristic.” Because implicit bias research, especially in the context of suspicion, is largely based on how race influences these biases, my discussion of “objectively reasonable” standards is currently limited to a focus on race and how it may impact how force is applied to a civilian. Researchers, however, should investigate whether “reasonableness” standards for excessive force impact distinct reference groups differently.

Additionally, although I believe police executives should adopt the PADMC model for daylong curriculums that engage officers and civilians in critical discussions about each groups' experiences, it is important to note that Singer and colleagues' data only described what officers reported they would do. As of yet, there is no evaluation of officers' actions in practice. Nonetheless, the data demonstrate the ability to influence officers' beliefs about the importance of treating people with respect. Future research should examine whether officers' actual practices (rather than what they intend to do) are impacted by participation in the PADMC curriculum or others like it.

Overall, there is a critical need for police executives and policing agencies to reconsider the ways in which unacceptable use of force is communicated through policies and department culture. By relying on the insufficient and often problematic “objectively reasonable” standard to define excessive force, use-of-force policies create loopholes and grey areas where force may be used unnecessarily against civilians. The use of unnecessary force poses a risk to procedural justice and therefore to the legitimacy of the police. Importantly, reduced legitimacy amplifies the likelihood of civilian noncompliance. Given that noncompliance is a factor that increases the risk of officers using force on a civilian, a vicious cycle is created. Officers use unnecessary force on a citizen and threaten their procedural justice, leading the civilian to become noncompliant and thus have more force used on them. However, by including the definition of unnecessary force in excessive force guidelines and creating a policing culture that emphasizes respect for all, police executives have the power to forge better police-community relations and reduce the general issue of officer use of force. The application of a procedural justice framework to policies and training procedures makes this possible.

Mawia Khogali, MA, is a doctoral candidate in the Psychology and Law program at John Jay College of Criminal Justice and a research associate at the Vera Institute of Justice. Ms. Khogali also teaches Forensic Psychology at William Paterson University.