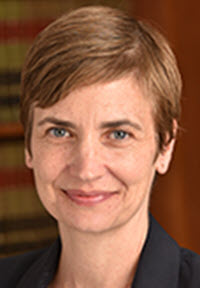 Four years ago, Ferguson Police Officer Darren Wilson killed Michael Brown. Brown's death has been credited with changing the national conversation about police violence. Yet, since Michael Brown's death, thousands of people have been killed by the police. Hundreds of them were unarmed. And the public response to each killing--at least each killing that receives public attention to follow a predictable pattern.

Police department officials, union leaders, plaintiffs' attorneys, activists, family members, and witnesses make competing claims about whether the force was justified--generally framed as whether the officer thought he saw a weapon or otherwise was in fear for his life. Cell phone and body camera footage is scrutinized for evidence of the reasonableness of the officer's fear. News stories explore an officer's past--particularly if he was previously accused of excessive force or other misconduct--and whether the police department that employs the officer properly hired, trained, and supervised him. The family files a civil lawsuit, and a local or federal prosecutor considers indicting the officer. The success of the civil suit and the prosecution turns on whether the officer's use of force seemed reasonable in the moment. The lawsuit likely settles, with no admission of guilt by the officer or department. And the officer may be suspended, disciplined, or fired, but is rarely indicted or convicted.

In this all too familiar narrative, blame is often placed on “bad apple” officers who intentionally engage in misconduct fueled by racism, authoritarianism, and other pathologies. Blame is also often directed to “bad barrels”--departments that perpetuate a culture of violence, promulgate policies that allow too much discretion, and inadequately train, supervise, and discipline their officers. And blame is sometimes levelled more broadly at the criminal and civil justice systems for only anemically punishing and deterring wrongdoers. Each account appears to understand police violence as the product of officers' willful, malicious, or reckless conduct that is abetted by their departments and ignored by the law. And each appears to expect that officers' behavior will improve if they are better trained and supervised, and threatened with internal discipline, civil suits, and criminal prosecution if they misbehave.

I agree that “bad apples” and “bad barrels” can lead to police violence and overreach. I also agree that departments need to do a better job of hiring, training, supervising, and disciplining officers, and that civil and criminal sanctions are not currently functioning as effective punishments or deterrents. But if the goal is to reduce the frequency of police killings (and other acts of violence and overreach), improved officer training, supervision, internal discipline, and legal sanctions are not enough. In addition, we need to view--and respond to--these events as systems failures.

Researchers who study error in aviation, medicine, and other complex organizations agree that errors are the product of human failings and poorly designed systems. When tragedies occur, human error almost always plays a role--people misperceive information, process it incorrectly, make careless mistakes, and sometimes act recklessly or maliciously. But faulty systems also play a role--technologies can be confusing, rigorous schedules can fatigue workers, organizational culture can stifle productive communication, and policies can put workers in situations where they have to make difficult decisions under high-stress conditions. A key insight of this body of research is that it is impossible to cure limitations of human perception, cognition, and decision making. Instead of focusing on training people to change their behavior--and threatening them with criminal, civil, or departmental sanctions if they fail to do so--a systems approach adjusts equipment, schedules, protocols, and policies in ways that can make it harder for people to err and can reduce the impact of error when it inevitably occurs.

A focus on systems contributors to error has been used for decades to improve the safety of aviation, nuclear power, and other complex industries. Over the past thirty or so years, medicine has adopted some of aviation's strategies. It is time for law enforcement to embrace a systems approach. When a person is shot by the police, we must still examine whether the shooting was justified, and officers should continue to be disciplined, sued, and prosecuted when they violate department policy or the law. But then, the conversation must turn to whether the shooting was preventable, and the ways in which technology, schedules, protocols, and policies could be adjusted to prevent another shooting in the future. These same questions should be asked when a person is wrongfully stopped, searched, arrested, convicted, or subjected to non-lethal force. And these same questions should be asked of all stakeholders--including but not limited to schools, hospitals, and mental health providers--that might be able to play a productive role in these conversations. This shift in perspective will likely be harder in policing than it has been in medicine or aviation, but is necessary if we want to make policing safer.

Systems interventions have reduced hospital infections, anesthesia errors, and airplane crashes. There is every reason to believe that systems interventions will improve policing as well. But current experiments with a systems approach are isolated and nascent. Medicine has struggled over the past three decades to embrace a systems approach, and the challenges associated with a systems approach in law enforcement appear even more daunting. Law enforcement does not have medicine's network of regulations that can force data collection about error or reforms geared to reduce those errors. And adopting a systems approach in policing will require rethinking the relationship between safety and crime control, and between individual sanctions and systems interventions. Police reformers should continue to look for top-down and bottom-up approaches to advance safety in policing. And all should recognize that this will be a long--but important--road to travel.

What we may need most of all as we are taking these first steps toward safety in policing is a shift in public discourse. Intrepid researchers and health care providers pushed for a systems approach in medicine for years in relative obscurity. Then came the IOM's 1999 report, To Err is Human, which brought national attention to the magnitude of medical error, the role of faulty systems in those errors, and the importance of designing systems to make it more difficult to err. We know that To Err is Human was just the first step in a long process to change perspectives about error in medicine, develop systems interventions, promulgate those interventions, and get providers to follow new protocols and policies. But To Err is Human has played a critically important role in this process--it shifted the national conversation about medical error in a way that made the next steps easier to take.

Policing has not yet had the watershed moment medicine had in 1999, when To Err is Human was published. Although the killing of Michael Brown started a national conversation about policing, that conversation has focused largely on bad apples and bad barrels, instead of focusing on faulty systems. It is time to change the message. Since Michael Brown's death in August 2014, thousands of people have been killed by the police and hundreds of those people were unarmed. Each year, more than half a million people are subjected to excessive force by police. Another almost four million people annually report police act improperly in interactions that did not involve force. Instead of focusing only on whether killings and other acts of police violence and overreach were justified as a matter of law, we should ask whether they were preventable, and work to figure out ways to prevent them in the future.