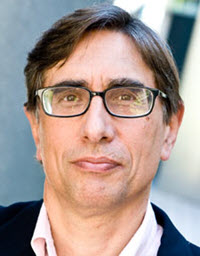 Despite their differences, they were kin of a sort-members of a small circle of Americans whose lives, in different ways, had been molded by a bizarre phenomenon: a plague of murders among black men.

Homicide had ravaged the country's black population for a century or more. But it was at best a curiosity to the mainstream. The raw agony it visited on thousands of ordinary people was mostly invisible. The consequences were only superficially discussed, the costs seldom tallied. (Pp. 3-5.)

Introduced in this short passage are the main stories that Leovy has to tell: (1) of a murder-actually several murders-and their subsequent police investigations; (2) of the devastating grief suffered by homicide's survivors; and (3) of race, violence, and criminal justice in the United States: specifically how the police failure to solve most black-on-black homicides and shootings contributes to violence in the black community.

The book centers on the murder of Bryant Tennelle, an eighteen-year-old African American shot to death on a Los Angles street by a seventeen-year-old African American, apparently to send a gang message. Tennelle was not a gang member, though he was wearing a Houston Astros baseball cap that was associated with a local gang. Much of the book focuses on the LAPD's investigation of his murder, especially as led by Detective John Skaggs. Interwoven throughout is an account of the human tragedy of homicide: the agony suffered by survivors.

Leovy is more than a storyteller here, however. She has a policy argument to make-that inadequate official response to black-on-black violence throughout American history, and continuing to this day, has been a key contributor to the disproportionate-greatly disproportionate-rates of homicide in the black community. From start to finish, Leovy hammers on the relationship between the *569 quality of homicide investigations and the value of black lives taken. She argues that to the public and police alike, some murders matter more-much more-than do others. The killing of young black males by other black males-the most common of all homicides in much of America-matter the least. She maintains that the failure to vigorously investigate all such crimes, the willingness to be satisfied with ostensible effort and not results, creates a sense of impunity for perpetrators and leads directly to retaliatory killings. An isolated, threatened community, without reliable access to legal justice, will inevitably resort to its own form of self-help justice, meaning violence, Leovy argues.

A work of high quality longform journalism, Ghettoside throws a revealing light on contemporary policing, revealing much that is not widely understood, such as serious tensions (at least in Los Angeles) between patrol officers and detectives about basic police priorities, about the challenges and possibilities of securing the cooperation of witnesses vulnerable to retaliation, and the qualities of successful homicide investigators. Readers of this journal, however, may be most interested in Leovy's policy argument: that the key to ending black-on-black violence is adequate police investigation of past crimes. In this review essay, in addition to assessing the book on its own terms, I consider the challenge that it presents to all concerned with race and policing practices in the United States.

There are not many books that even on re-reading make me want to scream or cry. But this one did. Both actually, scream and cry. As an Angelino, I wanted to scream when I read that our police department could not manage to provide some of its most overworked, most skilled, and most important investigators with vital equipment from cars to computers to tape recorders. Here are officers who have double or triple the case loads of detectives working in more affluent areas of the city, but who could not take department cars home the way detectives at headquarters could. This was a department that lacked cars with tinted windows to transport witnesses without being observed, yet had its own fleet of helicopters. (P. 68.)

I also found myself surprisingly affected by Leovy's accounts of the grief of homicide's survivors. Consider Wally Tennelle, who after the jury convicted the second of two men for the murder of his son, waited until the courtroom emptied to let tears flow down his face. Then he gathered himself, took the elevator down, and returned to his work as a detective himself, once more the consummate professional. (P. 309.)

Frankly, I am not optimistic that the message of this book will be heard by those who need to hear it. Its argument threatens contemporary cultural and political differences on race and criminal justice and what wins attention today is mostly what deepens those divides. It is also true that as a people, we seem more engaged by rage than sorrow and this is ultimately a work of tears. As Ghettoside reminds, homicide leaves in its wake a deep, deep sadness, but few have the strength, will, or courage to deal with that, if not forced to by events.

And yet there is cause for hope here. For all its well-documented faults, the LAPD of today is not the often brutal and racist force it was a generation ago. The detectives depicted here take black-on-black homicide very seriously. Leovy, a white journalist does as well. So do other white Americans. The white foreman of the jury that convicted Derrick Starks said after the trial: “There is a perception that blacks are doing it to blacks, and if I'm white, it doesn't affect me. Well, get over it. It does.” (Pp. 305-06.)

A recent photograph and story in the Los Angeles Times captured for me where we are today in Los Angles on matters of race, homicide, and justice, for both good and bad. On page five of the California (local news) section on August 27, 2015, a photograph showed two women speaking across a fence, yellow police tape in the foreground marking the boundary of a crime scene. On the left is the sister of a murder victim, her face twisted in grief. To the right, an LAPD sergeant has reached over the fence to hold her hand, seekingto comfort her. Both are young women. Both are African American. It would be hard to imagine this scene in Los Angeles twenty years ago. That's the good: a showing of police concern, which as Leovy accounts in her book, is critical to doing justice.

As for the bad, below the photo appeared the story of the murder that prompted this scene of grief. Two men were shot to death the day before on a South Los Angeles street. The paper gave the double homicide a total of six single sentence paragraphs. The story appeared in a compendium of short news items that included the death of a whale in an Oakland waterway, the theft of a gun from a police officer's car in Oakland, and a mountain lion's attack on a poodle in a Burbank backyard.

If the police can be faulted for not caring enough about black victims of homicide-and sometimes they can-they hardly stand alone in their indifference. The truth is that the general public and the media, on most days at least, care even less.