Reaction To: of Law and Black Lives, 50 Years Later: Race and Policing in the Aftermath of the Moynihan Report 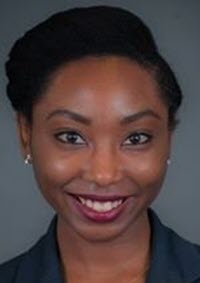 The notion that history has the potential to repeat itself rings throughout Donald Tibbs' piece concerning the dynamic between race and policing in the United States. Tibbs tracks how black lives have been treated within the U.S. legal system and subsequently by police officers throughout history. In particular, Tibbs asserts two major points: (1) “the racial virus in the American blood stream” remains prevalent in American society and (2) the racial virus has led to contemporary unimaginable treatment of black people. Tibbs highlights that black men were “regarded as legal objects” during slavery and even though legally freed at the time of Reconstruction, white civil society “invented new laws that criminalized their freedom.” Although the Civil Rights Movement gave civil rights to black men, new anti-black policies arose, like the war on drugs, and stop and frisk. These historical precursors inevitably led to some of the most unimaginable treatment of black men by the police: Rodney King's brutal beating, shooting of black looters by New Orleans Police Department in the aftermath of Hurricane Katrina, and currently killings of unarmed black boys and men like Trayvon Martin and Eric Garner. With the recent #BlackLivesMatter social media movement and series of protests against police treatment of black people, the 50 anniversary of the Moynihan Report is bittersweet. The Moynihan Report gave insight that protests would resurge should there not be a fundamental change within major American institutions that addressed a deeply rooted legacy of past racism.

I agree with Tibbs' assessment that historically the treatment of black people by police has been a painful precursor to the death sentences police have bestowed upon black men recently. However, Tibbs makes an even greater insight to which we should pay close attention. The most alarming and frightening aspect of police brutality of black people, men in particular, is not that some police are killing unarmed (and even innocent) black men, but that society, through prosecutors and jurors, enables the officers to go unpunished. This notion transforms such discrimination from being labeled only a “police issue.” U.S. citizens, holding both explicit and implicit biases, play a major role in whether the police force will change its behavior toward black men. To acquit officer after officer (or murderer after murderer) sends a strong message that it is acceptable to see a black man as an inherent threat upon which police can use excessive force to subdue.

Moreover, as Tibbs points out, America is swooned by the hero, truth-telling cop syndrome. Essentially our society views police officers as truth-telling beings--“police officers tell the truth, the whole truth and nothing but the truth when an alleged unlawful fuse of force occurs.” The “hero cop” narrative “is deeply rooted in our socio-legal psyche.” The American people have firmly latched onto the idea that cops risk their lives every day for the American people. Admittedly, police officers do face difficult tasks; however, Tibbs calls into question whether they should be deemed heroes. Tibbs further explains that, in perspective, the occupation of a police officer does not fall within the top ten list of most dangerous jobs in the U.S. Thus, although police service should not be discounted, nor its efforts undermined, such a “hero cop” narrative should not be used to “legitimize brutality as necessary ... and punish anyone who dares to question police tactics.” Policemen are viewed as heroes that can do no wrong and that do not lie, even though there have been studies showing that police have been known to lie during trial--dubbed “testilying”--in order to avoid facing criminal penalties. Such a flattering view is exploited at the expense of black men whose very skin is labeled a threat to police officers' lives.

With history showing strong bias against the integrity of black lives, how do we solicit change in the way black men are treated, from the moment they are seized alive by police officers to the moment justice ceases to exist with the acquittal of officer after officer? Bias matters. Many, if not all, Americans hold biases, whether racial in nature or not, that sometimes they do not even realize they possess. One typical example is when a woman (either black or white) clutches her purse when a black man walks past her on the sidewalk, but fails to do so when a white man passes. These types of implicit biases inevitably transfer to the justice system: when police officers decide who to arrest or kill on a given day, when prosecutors decide how they wish to prosecute an officer caught on tape murdering a black man, and whether a juror believes that an officer was reasonable in feeling more threatened by a black body. Therefore, one possible solution to promote change is to make race salient in the courtroom. What if a prosecutor can bring such implicit racial biases to the jury's attention? What if a prosecutor can ask for a jury instruction concerning the potential role race played in a case? What if the instruction could read that the jury should take into consideration what would have occurred if the victim were perhaps a white man? Would that instruction, at the very least, make a juror aware of their implicit bias, allowing her to make a more objective assessment of the case? If one guilty officer is convicted as a result, would another officer think twice or even just hesitate for a few seconds needed for a black man to show he was unarmed before the officer pulls the trigger?

It is tragic that the Moynihan Report's half-century anniversary approaches in the midst of the dire state of contemporary police brutality on black lives. However, the anniversary is also befitting to our times. As Tibbs mentions, the Moynihan Report is a reminder that while our country has overcome tremendous adversity in fighting racial discrimination, we still have an alarming emergency on our hands. Black bodies are being targeted by police officers, but ultimately black lives are succumbing to biases of our society. While a look back at the Moynihan Report allows us to see where we have come from, it also makes us painfully aware that the mile we thought we had traveled has only been but an i