Are We Nearing the End of Impunity for Taking Black Lives? 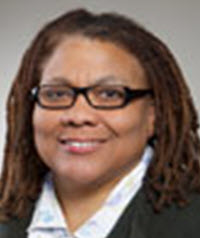 Throughout most of U.S. history, law has provided scant protection of African American lives. But is the centuries old saga of impunity for the murder of blacks and other peoples of color by whites in the United States finally approaching its end? The question may seem strange given the national controversies about decisions not to prosecute the law enforcement officers who killed Michael Brown, Eric Garner, and Tamir Rice. But the public outcry about the death of these boys and men and the insistent demands for police accountability are markedly different from the public indifference and state tolerance of killing black people in the not so distant past.

During America's colonial and antebellum eras, the killing of black people by white civilians was countenanced in code and judicial decisions. Violent suppression of black resistance was necessary to sustain systems of chattel slavery, white supremacy, and manifest destiny. Lynching and multiple murders of blacks and other non-whites dominated the post-Reconstruction era, but resulted in only a few, primarily unsuccessful, attempts to prosecute the perpetrators of these crimes. Only in the final quarter of the twentieth century did private white citizens incur a serious risk of prosecution and conviction for slaying a black person. However, even this progress is muted when law enforcement officers seem allowed to employ a continuing license to kill unarmed suspects and face little chance of punishment. The disproportionate number of minorities--particularly African Americans--counted among those killed was one of the precipitating factors that gave rise to the Black Lives Matter movement.

This Article will discuss the failure of law to protect black lives throughout the history of the United States. Part I will examine how some statutes negated common law liability for homicide, while others promised limited protection but were rarely enforced.

Part II presents an overview of how lynching and other forms of vigilantism directed at blacks defied the rule of law in southern states for seven decades following the Reconstruction.

There is a new sense of national outrage over shootings of unarmed black people, even though whites also suffer from police use of lethal force. The focus on the impact of police violence on the black community is encouraging because it seems to tacitly acknowledge that racial bias permeates our criminal justice system. The work of social justice activists and scholars such as Bryan Stevenson and Michelle Alexander has helped to draw public attention to injustices such as wrongful convictions and mass incarceration, and their disproportionate impact on African Americans. Although the protests about the deaths of Michael Brown, Eric Garner, Tamir Rice, and others have not yet resulted in the prosecution of the officers for their deaths, they have generated scrutiny in other cases.

Particularly encouraging is the emergence of a serious movement to reform police practices. Efforts such as the President's Task Force on 21 Century Policing acknowledge the gulf of mistrust between communities of color and the police. The Task Force recommends that:

Law enforcement culture should embrace a guardian--rather than a warrior-- mindset to build trust and legitimacy both within agencies and with the public. Toward that end, law enforcement agencies should adopt procedural justice as the guiding principle for internal and external policies and practices to guide their interactions with rank and file officers and with the citizens they serve.

Other, more concrete reforms are also being discussed. An article written in the aftermath of tragic shootings by police and horrific retaliatory shootings of police officers suggests:

1. Enacting a national standard for the use of force by law enforcement.

2. Collect data on the use of force by police and on police discipline.

4. Require police forces to have continuous access to mental health professionals who can advise and assist law enforcement in situations involving mentally ill or disabled actors.

If law enforcement can adopt the mantle of guardianship and protect black lives along with all other lives, our nation would move a giant step closer towards achieving its ideals. By forcing the country to scrutinize whether police in the U.S. overuse lethal force against civilians, the Black Lives Matter movement has raised questions about contemporary policing whose answers can benefit the entire nation.