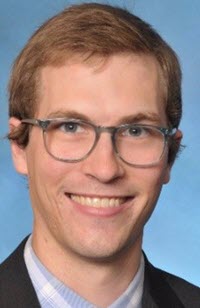 On August 9, 2014, Ferguson, Missouri, police officer Darren Wilson shot and killed Michael Brown, an unarmed, black eighteen-year-old. The killing sparked immediate and prolonged protests in Ferguson and elsewhere, with demonstrators taking to the streets to challenge what they viewed as yet another instance of police brutality against people of color. Three months later, a grand jury failed to indict Wilson for the killing, resulting in even more unrest.

Consumed by the death of Brown and other high-profile police killings of people of color, the public and the media began to focus on police-involved shootings, police use of force, police accountability, and police legitimacy. This created a tension between police and the civilians they swore to protect and serve, and an increase in public confrontation with police authority was met with “police withdrawal from proactive engagement with the public.” One approach to alleviating this tension that both the public and the police support is the implementation of police body-worn cameras (BWCs). Some groups who are concerned with police power abuses view BWCs as a means to hold officers accountable to the public. Many police think BWCs will improve community relations--particularly in communities of color--and give them more reliable evidence of their interactions. Therefore, public demand for BWCs has skyrocketed. In December 2014, the Obama White House released a report that promoted the increased use of BWCs and requested $75 million in federal funding for them. The White House claimed that BWCs “help strengthen accountability and transparency, and that officers and civilians both act in a more positive manner when they're aware that a camera is present,” and its report “signaled a major vote of confidence” for the use and future success of BWCs. Furthermore, the Obama administration's Department of Justice identified six aspects of policing that BWCs could improve: (1) trust and legitimacy, (2) policy and oversight, (3) technology and social media, (4) community policing and crime reduction, (5) training and education, and (6) officer wellness and safety.

In Pennsylvania, the growing demand for BWCs culminated in the passage of Pennsylvania Senate Bill 560 (S.B. 560) on July 7, 2017. The bill added Chapter 67A to Title 42 of the Pennsylvania Consolidated Statutes, “clearing the way for the use of police body-worn cameras.” Although Chapter 67A does not require police departments to implement BWCs, supporters of the law believe that it will encourage more departments to begin using them. But much to the chagrin of civil rights activists and organizations like the ACLU, the law also provides sweeping restrictions on public access to the resulting BWC recordings. Chapter 67A both exempts all audio and video recordings made by law enforcement from Pennsylvania's Right-to-Know Law and further limits public access by implementing a “heavily restrictive process for members of the public to obtain” such recordings.

Section II lays out the current social, political, and legal landscape surrounding BWCs, both nationally and in Pennsylvania.

Next, Section III uses a recent Pennsylvania Supreme Court decision as a framework for arguing that Chapter 67A makes public disclosure of BWC footage more difficult than the Right-to-Know Law.

Section IV contends that even if the public had easy access to BWC footage, it would not lead to increased police accountability.

Among the purported accomplishments of Chapter 67A was increased police accountability. That assertion relied on two presuppositions. First, its proponents allege that Chapter 67A created a procedure that made it easier for the public to access BWC footage. Second, and more fundamentally, the law's supporters believe that the mere presence of publicly accessible BWC footage would lead to increased police accountability.

Both of those presuppositions prove to be inaccurate. First, while Chapter 67A does create a procedure by which the public can gain access to BWC footage, that procedure is more restrictive than Pennsylvania's Right-to-Know Law, which would otherwise apply to BWC footage. Second, the idea that BWCs will increase accountability relies on the behavioral science concept that people act better when they are being watched. But in the conversation around police BWCs, an important aspect of that analysis is lost: the risk of being punished is a crucial factor in self-policing. Given the extensive history of police officers going unpunished for abuses like excessive force and even homicide, the accountability-based argument for BWCs is without merit. Police officers have virtually no reason to believe that they will be punished for the most egregious instances of abuse even when caught on camera.