Our Uneasiness with Police Unions: Power and Voice for the Powerful? 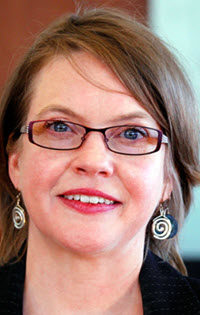 When Michael Brown was shot by Officer Darren Wilson in August of 2014 and people started to talk publicly to tell the story of what happened, to determine whether a crime had occurred, or to protest the shooting or living conditions of African Americans in Ferguson and cities like it, the two people in the best position to talk about what happened and why could not speak directly to the public. As a result, several prominent voices emerged. A number of witnesses, and the man who was with Michael Brown at the time he was shot spoke publicly about what they saw. A number of local activists and journalists tweeted and streamed video from the protests. Robert McCulloch, the St. Louis County Prosecutor was the voice of the state, and St. Louis County Police Chief Jon Belmar spoke frequently on behalf of law enforcement, primarily connected with the protests.

Absent were the voices of Michael Brown and Darren Wilson. It was obvious why Michael Brown could not speak, but maybe less obvious why Darren Wilson could not. Initially, the officer involved in the shooting was not identified. Later when he was identified, some were concerned that he or his family might be in danger, and that likely kept him from appearing publicly or speaking out. Even more likely there was simply no likely reason for Wilson to speak. As police officers know better than anyone, anything he said could become evidence in criminal proceedings, a civil action for damages, or simply in the court of public opinion. Moreover, anything he said could be used to determine his fitness to remain employed, to get a job anywhere else, and to keep any pension or other benefits he might be entitled to. Wilson had nothing to lose by keeping quiet except for the frustration that might come from not being able to publicly defend oneself from awful things others might say.

Wilson was not undefended, however. Often speaking in his defense, or at least speaking about the use of force generally from the police perspective, was Jeff Roorda, Executive Director of the St. Louis Police Officers Association. Roorda was extremely vocal, taking many opportunities to publicly support Wilson and other officers, focusing on the difficult and dangerous job police have in the face of hostility and sometimes lawless behavior. Roorda was quoted or mentioned in hundreds of stories, national and international, about the shooting, police use of force generally, the police response to protesters, the situation in Ferguson, and civilian oversight of police. He appeared on a number of national news programs, like The Lead with Jake Tapper on CNN, Anderson Cooper 360 on CNN, Erin Burnett Outfront on CNN, The Situation Room on CNN, CNN Tonight, and a variety of other shows on CNN, All Things Considered on NPR, The Today Show on NBC, Hannity on FOX, the O'Reilly Factor on FOX, On the Record on FOX, and the Kelly File on FOX. He was also the subject of stories on national news programs, like All In with Chris Hayes on MSNBC and the Situation Room on CNN. Roorda became so outspoken and such a flashpoint for conflict, that the union eventually replaced him as a spokesman on issues related to civilian review of allegations of police misconduct in St. Louis.

While Roorda was especially visible and rather controversial, police union leaders all over the country often play a role in publicly defending officers accused of excessive force or other misconduct. That was true in the death of Freddy Gray in Baltimore, in the death of Eric Garner in New York, in the death of Ezell Ford in Los Angeles, and in the death of Tamir Rice in Cleveland. It was also true, although to a lesser extent, in the death of Walter Scott in Charleston, South Carolina, in which the officer was filmed shooting an unarmed man who was running away and appeared to then place a Taser next to his body. There the union called the shooting "beyond comprehension" but defended police generally and warned the public "not [to] allow the professional race agitators to seize this moment to advance their often self-serving opinions of what is wrong in South Carolina."

A majority of the press coverage of these high profile shootings has focused on the most visible issues connected with the use of force by police. All of the victims who died were Black, and many of the officers were not. Thus, much of the outrage and protests about the shootings have focused on concerns about race and implicit or explicit bias by police officers. The "Black Lives Matter" movement was born of the sense that the shooting of young Black men by police officers or civilian vigilantes was an epidemic. The use of force in these cases and others caught on film in the last few years also highlighted training issues for police - in each of these situations, the officer involved seemed to engage in a pattern of escalation of force and seemed to interpret anything less than complete cooperation and servility as aggression and resistance that had to be overcome. The police reaction to the protests with tanks, tear gas, and rubber bullets made Ferguson look like a war zone, highlighting the effects of militarization of local police funded by the Department of Homeland Security in its zeal to fight terrorist threats, or donated as a result of the drawdown in the wars in Iraq and Afghanistan. Finally, in the broader context, the structure of St. Louis's strange proliferation of municipalities and the way those municipalities seemed to be using low level offenses and their police forces to harass Black and poor people was examined to explain the large scale hostility and suspicion towards police.

Despite the visibility of Roorda and other police union leaders, the role of police unions in these high profile use of force cases has been the subject of very little media attention. The New York Times, for example, reported on the changing receptivity of the public to instinctive union responses to defend the officers at issue at all costs. A column by Russ Douthat challenged the propriety of allowing police unions and called for reform. The Atlantic focused on how job security provisions in collective bargaining agreements protect cops accused of unlawful force. Additionally, an article in The Nation focused on the challenges posed by the division between police unions and other parts of the labor movement. Outside of those examples, the media covered comments by union leaders, but did not really focus on the effects of those comments and other union efforts or on the unions as actors themselves.

The protests that have followed high profile shootings have suggested that the relationship between many police departments and at least the Black community is broken. Non-white people have far less confidence that the police can protect them from violent crime and most people think that the police do not treat people of all races equally. There are fractures within communities and between particular communities and the police as an entity. The recognition of this problem prompted President Obama to sign an executive order establishing the Task Force on 21 Century Policing. That task force was charged with identifying recommendations for how policing practices can promote safe communities while building public trust. Interestingly, the recommendations of that report incorporated a number of ways increased involvement of unions would lead to reform, but mentioned unions only rarely.

For example, one of the recommendations was that "[l]aw enforcement agencies should promote legitimacy internally by applying the principles of procedural justice," and union leadership ought to be involved in policy development. Another provided that "[l]aw enforcement should be encouraged to explore more flexible staffing models" as a way to promote work-life balance and encourage retention. Unions were mentioned in connection with collaboration to develop policies for the uses of new technology. Finally, two entire "pillars" of the report were focused on areas unions could play a big role in: training and education and officer wellness and safety.

Like President Obama, Governor Jay Nixon established a commission to study the social and economic conditions underlying the unrest in the St. Louis region after the shooting of Michael Brown. The Ferguson Commission held hearings and issued a report in the fall of 2015 making a number of policy recommendations, but also providing a narrative to put those recommendations into context. These recommendations, like the Task Force's report, create room for including the police union as a partner, but there is no mention at all of that union explicitly. The first recommendation section of the report focuses on police reform, emphasizing reform to the use of force policies, changed training for officers, and a change to department cultures. One area that both the President's task force and the Ferguson Commission focused on that could be viewed as either public policy or a staffing/assignment matter was the use of officers to issue tickets as a way to raise revenue or for any other reason not directly related to improving public safety.

The recommendations on changing police culture, training, and practices were reiterated in a number of "calls to action," specific policy changes advocated as next steps by the commission. Community oriented policing and ways of building common community were specifically recommended, but no mention was made of the police union. Additional calls to action focused on developing policies about the use of new technology, and although soliciting input from officers was recommended to help law enforcement agencies evaluate the effectiveness of technology, that was the only mention of officer input, and the union was not mentioned at all. Specific calls to action recommended instituting peer review of critical incidents and ensuring mental health services and other supports for officer well-being, with no reference to the police union.

Particularly because of the fragmented nature of the municipal structure of the St. Louis region and the resulting fragmentation of police functions, enlisting the help of the police union to be a partner in reforming police culture and a demand for training could make those recommendations more successful. It is possible, though, that the outspokenness of police union leaders, especially Jeff Roorda, in the wake of the protests and at some of the commission meetings made any explicit inclusion of the union untenable.

Although they may sound critical, these observations about these reports are really not meant as a criticism, but merely to highlight a missed opportunity or room for future opportunities by union leaders and reformers. If the police unions in St. Louis and St. Louis County could become partners in efforts to reform our region's policing and to address the social and economic forces underneath some of the conflict, real and lasting change would be more likely.

Marcia L. McCormick is an associate professor at the St. Louis University School of Law.