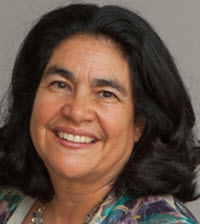 "We can't solve problems by using the same kind of thinking we used when we created them."

Eric Garner was arrested for allegedly selling untaxed cigarettes in Staten Island, N.Y. in 2014. Video emerged of the arresting officer, Daniel Pantaleo, detaining Garner in a fatal chokehold on the sidewalk as he repeatedly gasped the words: "I can't breathe." The officer involved in his death has remained on the force, despite breaching department rules by using the chokehold.

The journey of writing this article began the year after Mr. Garner's death, at a Black Caucus congressional panel on policing in Washington D.C. Some of the most prominent experts on policing were there. One person on the panel was Gwen Carr, Eric Garner's mother. She asked why the officer who breached department policy and killed her son was still employed. The question hung in the room. No one could answer it.

The death of Eric Garner occurred in the midst of heightened tensions between police officers and minority civilians and the resulting Black Lives Matter movement. Gwen Carr's question, thus, contributes to a broader discussion about problems in policing. In a recent New York Times op-ed, retired Philadelphia police commissioner Charles Ramsey said, "This is the most challenging period I have ever witnessed." As this article sets out, other senior and even rank-and-file officers feel the same. Recent high-profile deaths at the hands of police, like Eric Garner's, have preceded and followed execution-style killings of police officers. In the immediate aftermath of these events on both sides of the thin blue line, trust between officers and the public eroded. This lack of trust seriously inhibits police legitimacy and effectiveness. Specifically, when individuals distrust or otherwise develop negative perceptions toward the police force--including the belief that officers act unlawfully,--it affects their willingness to recognize its authority, report crime, and act as witnesses. This, in turn, hinders officers' ability to perform their job effectively.

The authors of this article interviewed police chiefs to understand their perspective. Why do officers who shoot civilians or engage in risky or inappropriate policing remain in the force? How do police chiefs deal with such officers? The answers were surprising, and the issues they raised are reflected in the article that follows. One police chief pithily explained: he can't hire the officers he wants, promote those who share his values, effectively discipline errant officers, and he can't fire them, or if he did, he risks having the decision overturned. The next question was obvious, "What do you do with them?" The same chief said, "I put them on the front desk." After Eric Garner's death, officer Pantaleo was put on desk duty, where he earned more money than being on the street. The former chief of the Salt Lake Police Department put it this way: "In the last four years, we've learned an undeniable truth: America's police departments do not always hire and retain the best officers. We have to make it easier to fire dangerous cops, the ones who pose a threat to communities and to the profession." About Pantaleo specifically he added, "Many would agree that Pantaleo, because he had a significant history of poor policing, should not have been working the day he approached Garner."

In Section II, we explore the contentions of these policing experts, surveying the whole existing architecture of police accountability. Specifically, we critically examine the civil service hiring process, the scope of judicial oversight, police licensure and decertification procedures, the emerging technology of body-worn cameras, the effectiveness of civilian review boards, and the role of arbitration in police discipline. This thorough review largely confirms what these police chiefs relayed and what the continued employment of Daniel Pantaleo suggests: current mechanisms of police accountability are broken and largely ineffective.

In Section III, we propose mandatory professional liability insurance for police officers as a possible solution. We discuss the history of the idea in the policing context and examine the insurance markets for lawyers, doctors, and drivers as comparisons. Our hope is that just as drivers with established histories of reckless driving can be priced off the road by insurance premiums, so too, the most dangerous officers might be forced into another profession. The idea has the advantage of being market-based, aligning the financial interests of individual officers, police departments, municipalities, and insurance companies towards safer policing. Unlike many accountability measures, mandatory professional liability insurance has the added benefit of not being solely punitive; officers with histories indicating their professionalism and excellence can be financially rewarded with lower premiums.

In short, this article is an attempt to provide point-by-point answers to the question raised by Eric Garner's grieving mother, and to provide a dynamic, innovative solution to the problem of police accountability. While believing in the potential of mandatory professional liability insurance as a solution, we acknowledge that this article must be the beginning of a substantive discussion. There is much work left to be done. However, it is our contention that the long-standing accountability problem will only be solved with new and innovative ways of thinking.

In the end, Glen Carr's question persists. How is the officer that killed her son still employed? In short, we found every major mechanism of police accountability to be substantially flawed or generally ineffective. The civil service system constrains hiring and promotion. Juries remain hesitant to issue verdicts and judgments against officers in all but the most egregious cases. P.O.S.T boards are toothless, and civilian oversight lacks evidence of effectiveness. Body-worn cameras are promising, but there are substantial implementation concerns that suggest they will never be a full solution. Arbitration agreements often block effective discipline actions by police chiefs. New ideas are sorely needed.

At the same time, department-wide insurance and municipal self-indemnification already underwrite policing. Even when the most egregious violations are proven in court, officers are unlikely to pay a dime towards the judgment. In the course of indemnifying police misconduct, cities rack up huge debts and turn to Wallstreet for financing. Unsurprisingly, the banks take their cut, perhaps more than doubling the total taxpayer burden through finance fees and interest.

In response, we propose an innovative and market-based solution: mandatory professional liability insurance. This idea has the potential to break open a stagnant status quo in which we all await the seemingly inevitable news of another tragic shooting, another needless death. Empirical, statistically rigorous research suggests that we can find the next Daniel Pantaleo or Jason Van Dyke before the nation has reason to learn their name. The objective, evidence-based rigor of the actuarial algorithm exists outside of complicated local politics and stands beyond the reach of overly protective arbitrators. Insurance companies are well-positioned to perform this risk assessment and to set premiums in such a way that the most dangerous police, the few but foul "bad apples" are priced out of the profession altogether. The time for a full embrace of this idea has come.