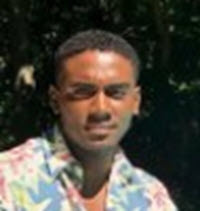 The summer of 2018 saw a legion of White persons calling the police on Black persons engaged in mundane activities. Black people had the authorities summoned for sitting in Starbucks; playing golf; eating at Waffle House; sleeping in university common rooms; eating in university class rooms; making purchases; returning purchases; smoking cigarettes; moving into apartments; leaving apartments; going for walks; doing their jobs; eating in restaurants; barbecuing; going to the gym; attending funerals; using too many or the wrong coupons; swimming in pools; playing basketball; canvassing for political reelection; doing community service; mowing the lawn; sheltering from the rain; getting into their cars; sitting in their cars; not listening to a neighbor's problems; walking their dogs; wearing costumes; wearing a bandana; and selling bottled water on a hot summer's day. The number of such reports has only grown since then.

Like the innocuous behaviors triggering these reports to law enforcement, the consequences of these calls vary widely. Some conclude constructively, such as one made by a Starbucks employee and which ended in implicit bias training for the company's employees nationwide, or another call a few years earlier, reporting a Black man entering his own home--which ended in neighborhood programing. Other reports end fatally, as the dyadic deaths of Tamir Rice and Johnathan Crawford III--both killed as the result of calls to the police--demonstrate. What remains constant, however, is that those who make such reports rarely, if ever, face legal consequences for their actions. And, despite the increasing urgency and awareness of such reports, they have received little attention in legal scholarship. This Article attempts to fill that gap.

The goals of this Article are threefold. First, I aim to describe, contextualize, and theorize the social phenomenon that this Article labels racialized police communication. As used in this Article, this term collectively refers to the practice of police reporting against Black persons who are not engaged in criminal behavior. Racialized police communication may involve calls, complaints, or reports to law enforcement against Blacks, made out of implicit or unconscious bias, or reports made out of the specific desire to leverage law enforcement mistreatment of Blacks in an effort to harm the victim. The label also extends to reports made by both private individuals and corporate actors.

Second, this Article identifies the harms of racialized police communication. Consulting shared experiences and recent social science on racialized trauma and posttraumatic stress disorder, I demonstrate that even threatened contact with the police causes Black persons physical, psychological, and intangible harms, as well as emotional distress.

Third, I propose potential solutions to the demeaning and dangerous practice of racialized police communication. To do this, I offer a high-level consideration of how the law and social movements could be used to deter and punish those who inflict harm on Black persons via the police.

Embarking on the first two of the goals outlined above, Part I describes and theorizes the phenomenon of racialized police communication. It demonstrates that the practice results in de facto segregation and exposes innocent Black people to physical, psychological, and physiological harms. In doing so, it will comprehensively detail why the practice is harmful and worthy of legal and societal censure.

Part II considers solutions. First, using the law as a vehicle, it considers various prisms of criminal and tort law that might be marshaled to punish those who mobilize the police on Blacks for frivolous or malicious reasons. It then closes with an extra-legal initiative which might deter racialized police communication, should legal efforts prove inadequate or slow-moving.

A problem which is not named cannot be solved. Violence which is neither acknowledged nor understood cannot be prevented. Hidden pain and undiagnosed injuries cannot be healed. This Article's primary task is to shine light on the experiences of Blacks who are frivolously or maliciously reported to the police. To that effect, I have taken the initial steps of documenting the social phenomenon of racialized police communication.

In comprehensively theorizing and detailing the experience of racialized police communication, this Article has shown that the practice exposes Black persons to a battery of tangible and intangible harms. As revealed, the practice of mobilizing the police on innocent Black individuals serves to maintain racial segregation, inflicts a number of intangible injuries, and exposes Blacks to physical and psychological harm. Racialized police communication is also a poison that (further) ruptures the relationship between the police and the Black community, undermining crime fighting efforts. Additionally, and perhaps most detrimentally, the practice ruptures the relationship between Black people and the state by solidifying the second-class citizenship of Blacks.

Solutions exist. Both legal and extra-legal actions present prospective routes through which the practice can be stymied. Various prisms of criminal and tort law might be marshaled to punish those who mobilize the police on Blacks for frivolous or malicious reasons. Should legal interventions prove inadequate or slow-moving, extra-legal initiatives might deter racialized police communication.

It is both reprehensible and incomprehensible that a population of citizens lives in fear that bystanders might summon the police as they simply live their lives. Black persons have had the police called on them for simply cashing a check, cheering their children on at sports games, for babysitting, and for existing--everyday activities the racial majority takes for granted. This cannot be right.

Though I have outlined a few ways in which society may address this phenomenon, they surely are not the only ones. My foremost goal here was to lay a foundation by demonstrating how reports to law enforcement are used in racially oppressive ways. My hope now is that society is able to punish those who inflict harm on Black persons via improper reports to the police, ultimately ending racially motivated and weaponized police communication.