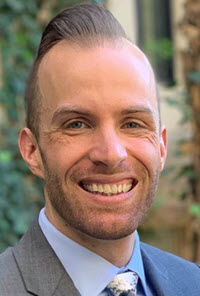 The horrifying death of George Floyd under the knee of a Minneapolis police officer has thrust police reform back into the national discussion. As it should. The deaths of Floyd and countless other unarmed Black men and women in police custody make clear that much remains to be done before the United States rights its course in a violent history surrounding race and policing. While some racial justice advocates are calling to defund police departments, others remain focused on more surgical reform efforts. As November elections loom, incumbents have responded to nationwide protests by advancing a panoply of police reform measures. Some of these proposals are gaining momentum. This Article addresses the constitutional challenges that await federal reform efforts by discussing three of the more popular proposals.

First is the abolition of qualified immunity. This judicial doctrine bars civil suits against police acting in their official capacity, except where the legal or constitutional prohibition on the officer's conduct was “clearly established” at the time of the incident and a reasonable officer would have understood such conduct to be prohibited. Engineered to insulate from liability “all but the plainly incompetent or those who knowingly violate the law,” qualified immunity purports to strike a balance between “the need to hold public officials accountable when they exercise power irresponsibly and the need to shield officials from harassment, distraction, and liability when they perform their duties reasonably.” Critics of the doctrine nevertheless contend that it effectively shields even intentional lawbreakers from liability for the most egregious wrongdoing. Indeed, even as some rightly question its actual efficacy as a defense in court, qualified immunity wields tremendous power even beyond this use--from altering modern pleading standards to discouraging untold numbers of potential plaintiffs from filing suit in the first place. Calls for its abolition, therefore, come as little surprise.

Another measure urges the creation of a nationwide police use-of-force database. While the FBI and private organizations have amassed some of this data, laws making police disciplinary records secret or semi-secret in all but 12 states have curtailed efforts to collect it. Mandatory information-sharing would make this data more reliable and more useful. Chief among such a database's promised benefits: preventing officers terminated for misconduct in one police department from moving to another law enforcement agency that isn't privy to that information. Creating a single, comprehensive database would also give the United States Justice Department a better sense of which law enforcement agencies warrant closer scrutiny, stricter enforcement through civil rights litigation, or better training.

The final measure: setting national standards for the use-of-force guidelines, many of them woefully outdated, that govern the more than 15,000 police and sheriffs' departments across the country. Federal guidelines would help to revamp use-of-force training practices. They would ban deadly police tactics, such as placing detainees in chokeholds, pressing knees on detainees' necks, discharging lethal weapons against unarmed individuals, and executing no-knock warrants. These guidelines could even curb the increased militarization of police departments seen over the past three decades, a proposal that has grown in popularity as police militarization's benefits have proven illusory.

Yet each proposed reform faces constitutional hurdles. Contrary to the blithe dismissals of its detractors, qualified immunity has arguably inherited a constitutional quality that will it make it difficult to dislodge legislatively. Absent constitutional amendment or judicial sea change, qualified immunity in some form is probably here to stay. Federal regulatory and data collection efforts, however, are eminently achievable. No doubt each will trigger constitutional scrutiny, including arguments sure to be raised by opponents of federal intervention of any kind. But so long as legislators know what they're up against, several of these challenges appear surmountable.

The primary pitfall to these and other reform proposals instead seems to lie down the road, perhaps even after some initial success against judicial scrutiny. For instance, the demise of the Voting Rights Act's coverage formula, which Congress used to determine which states required preclearance of changes to voting laws, tell us that, even if initially approved, police reforms will be subject to recurrent litigation and thus also to regular judicial scrutiny if Congress decides (or the Court requires) that reform must be administered on a state-by-state basis. Congress would therefore do well to ensure that any reform legislation that makes it to the President's desk includes periodic reauthorization at a frequency sufficient to assure the Court of Congress's ongoing assessment of the legislation's propriety, as well as provisions for the data collection necessary to make the requisite showing at each reauthorization. Otherwise, Congress will risk losing yet another umbrella for Black communities before the storm has passed.

Mr. Stanford is an attorney and senior research fellow at the California Constitution Center at Berkeley Law.