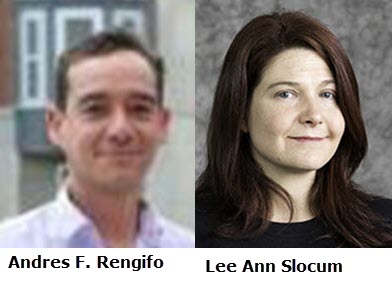 This article examines the role of racial identity in the configuration of opinions about the police. We argue that racial identity links social context to individual valuations of law enforcement, moderating the association between specific encounters and general views on police legitimacy and effectiveness. These propositions are assessed using data from a sample of 451 Black and Latino/a youth in New York City. Findings lend partial support for the hypothesis that, for youth with a strong racial/ethnic identity, the detrimental consequences of more “coercive” stops and stops seen as disrespectful are amplified for valuations of legitimacy but not of effectiveness. We discuss these findings in the context of emerging work connecting race, law, and procedural justice at the micro- and macrolevels.

It is difficult to reflect on the association between the police and the public in the United States without talking about race and ethnicity; persons of color are disproportionately crime victims and suspects, and their police-related attitudes and experiences with law enforcement often diverge from those of other groups across dimensions of underpolicing and overpolicing. Less explicitly, race also influences the discourse and practice of law enforcement tactics.

Yet, the mechanisms by which race and ethnicity shape the association between police encounters and general attitudes about the police remain underdeveloped, particularly in quantitative research. In this article, we extend prior work on social identity, procedural justice, and attitudes toward the police to propose a framework for how race and ethnicity may act as a “prism” through which people view their experiences with law enforcement. Specifically, we argue that, while social and neighborhood markers influence experiences with law enforcement, the subsequent appraisal of these contacts is sensitive to the extent to which individuals identify with their racial/ethnic group. For those whose race/ethnicity is a central part of their identity, the larger historical and social context of the group's experience with the state may influence their interpretation of specific encounters as well as the configuration of more general opinions about the police. For other individuals, race or ethnicity may be a more tangential part of their social identity, making interactions with law enforcement narrowly framed in terms of individual trade-offs or viewed as less contextualized discrete events and, as such, devoid of a collective “resonance” mechanism.

Similarly, not all types of police contact are equally likely to be viewed through the lens of racial/ethnic identification nor is this framing equally relevant for all judgments that people make about the police. Assessments of police legitimacy may be particularly sensitive given that they convey an opinion not only about the police as a key representative of the state but also about their more general role as moral enforcer and the type of order that they uphold. Conversely, racial and ethnic identification may be less relevant for assessments of police effectiveness, which reflect more narrow, uniform concerns tied to “bottom-line” functions of crime control and prevention and, therefore, are less likely to vary across group identities.

After developing our theoretical framework, we provide a preliminary test of these ideas using surveys collected as part of a multimethod study of young people in New York City (N = 451). We draw on these data to model how experiences with law enforcement relate simultaneously to key components of perceived police legitimacy and effectiveness and to explore how these associations may be conditional on racial/ethnic identification. Our emphasis is on police stops, and we include measures that capture the procedural justice or perceived quality of treatment during the last reported encounter as well as the extent to which police exerted their authority through actions that can be seen as coercive or intrusive (for example, used force, made threats, pulled their weapon). We also consider other indicators of contact between police and citizens such as the number of lifetime stops and the variety of citizen-initiated contacts.

This approach echoes new contributions that distinguish between “how” and “whether” police exercise their authority in order to more effectively guide policy, and, thus, this study contributes to efforts to unpack the underlying mechanisms that link people's lived experience to attitudes toward law enforcement. Our focus on varying forms of interactions with the law also contributes to ongoing discussions regarding the micro-macro links that connect structural racism and “institutional bias” to the lived experiences of people of color.

A number of studies have explored how identity conditions the effect of experiences with the police on legitimacy and related outcomes, although assessments of the role of racial identity remain rare. Consistent with Henri Tajfel's (1974) social identity theory, research has largely drawn on measures of group membership and sense of belonging, focusing on the extent to which individuals align themselves with the nation-state or specific institutions such as the police. Other contributions have emphasized more multidimensional approaches to social identity that emphasize heterogeneity in values and “cultural repertoires” and heightened attention to the role of neighborhood context in shaping patterns of legal socialization.

In the context of an oversized and racialized criminal justice system, such as in the United States , racial and ethnic group attachments may be more salient than other forms of identification when people frame their interactions with the police. We argue that racial and ethnic affiliation, in particular, work as a proxy for common history or experience that helps individuals make sense of police encounters by identifying reference groups and scripts. As Akwasi Owusu-Bempah notes, “race (and ethnicity) are not ahistorical essences ... but rather concepts 'rooted in a particular culture and a particular period of history’”. In this way, racial identity can be studied as a particular form of knowledge that modulates specific attitudes toward legal institutions. This may be critical in urban environments where social identities based on national affiliation are often times superseded by more local forms of identification that are actualized by routine experience and performance and by “public” narratives of the self as well as the behavior of others who may associate specific visual cues (for example, skin color) as proxies for racial or ethnic affiliation.

Our study focuses primarily on individuals who self-identify as non-Latino/a Black, Latino/a Black, and Latino/a non-Black because, aside from their disproportionate contact with the police, these groups confront a complex legacy of strained relations with state institutions that have undermined their status in society. The coercive power embodied in law enforcement has been instrumental in defining and defending these stratified spaces.

In addition, quantitative studies of legal socialization and police contact have seldom documented experiences of police contact across marginalized groups. Instead, dominant frameworks have simplified the context and consequence of encounters with law and law enforcement by pooling together “non-White” research participants, by limiting analyses to systematic comparisons to the dominant or “super-ordinate” group, or by ascribing identities on the basis of neighborhood or self-defined racial or ethnic membership. Other studies have addressed some of these issues in more detail, highlighting, for example, the importance of specific modes of appraisal, such as respect, across intersections of race and gender or the relative importance of cumulative and vicarious experiences (Solis, Portillos and Brunson 2007; Rengifo and Pater 2017). We bridge and expand these approaches to better specify how racial identity may help shape attitudes toward the police among individuals with varying experiences of exclusion and disadvantage. Thus, our study not only bifurcates racial and ethnicity membership (that is, self-identifying as “Black” or “Latina”) from racial/ethnic identity, which explicitly affirms affiliation (that is, signaling that race/ethnicity is a key part of self-image), but it does so across multiple dimensions of stratification--for example, foreign-born/US-born individuals--and across lived experiences of police contacts--for example, lifetime/most recent encounters.

We contend that ratings of police legitimacy represent individual's views of the police as well as broader judgments on the social contract that law enforcement reflects as principal “moral agents” (Fassin 2015; see also Patterson 1997). Racial and ethnic identity serves as a micro-macro link that connects these assessments to personal encounters with the police, particularly when these experiences are seen as reflective of a recurring pattern of treatment (Epp, Haider-Markel, and Maynard-Moody 2014). We hypothesize that for Blacks and Latino/as, the extent to which stops and arrests trigger these collective experiences is shaped by racial/ethnic identification. In contrast, we argue that individual ratings of police effectiveness are more narrowly bounded by law enforcement actions and expectations, and, as a result, these ratings are less likely to evoke broader or more collective appraisal frames. Beyond the specification of these relationships, our research contributes to ongoing efforts to reconsider trust in the police and police legitimacy in the context of a broader conversation about race and ethnicity, law, and the quality of citizenship and democracy.

Future research on race and policing may consider going beyond assessments of law enforcement institutions and practices as to better anchor opinions about the police with opinions about the state and other bureaucracies that also enforce a disciplinarian model. Emerging work on housing regulation and other adjacencies of the punitive turn are encouraging developments in that regard. As part of these ongoing efforts, it is critical to recall that the standard of “lawfulness” used to assess state policies and institutions not only reflects a minimum threshold for judgment but also a distinct “moral economy". The notion of legitimacy, while potentially difficult to operationalize in terms of policy, provides a key bridging role in terms of micro-macro links across domains of experience, ideology, and stratification and also a potential avenue to reconsider the role of law as a mechanism of social integration and not just as an instrument of coercion.

Andres F. Rengifo is a Professor at the School of Criminal Justice, Rutgers University, Newark

Lee Ann Slocum is a Professor at the Department of Criminology and Criminal Justice, University of Missouri St. Louis