It Should Never Be Justified: A Critical Examination of the Binary Paradigm Used to Categorize Police Shootings

Excerpted From: Allen Slater, It Should Never Be Justified: A Critical Examination of the Binary Paradigm Used to Categorize Police Shootings, 21 Berkeley Journal of African-American Law & Policy 1 (2020) (2020 Footnotes) (Full Document) 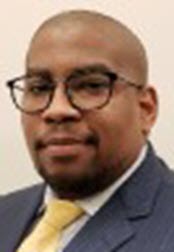 Whether the investigators are from a police internal-affairs division, a local district attorney's office, a state attorney general's office, or a federal investigation team, the reported result in a police shooting seems to be largely the same--justified or not justified. Approximately 1,000 people die yearly as a result of police shootings in the United States, and thousands more non-fatal police shootings take place every year in an infinite permutation of scenarios. People from all walks of life fall victim to these shootings, but people of color--men, women and transwomen--are the most vulnerable. Some people pose an imminent threat to the lives of officers or other people, while others pose no threat to anyone. No matter what, the circumstances of police shootings are fluctuating and multifaceted, and the victims of police violence are people no different than the readers of this Article; they are leading and trying to navigate complex lives in communities nationwide. The thread connecting them is that their lives have been irreversibly altered by police bullets. Moreover, not only are the shooting scenarios complex, so are the police officers involved--during these emotionally charged situations, the officers simultaneously undertake the role of disinterested actor carrying out the will of the State, and the role of a vulnerable, afraid, and possibly vengeful person trapped in the heat of the moment. These variables are public knowledge, and yet our system has only "justified" or "not justified" to describe all of that complexity. It is not merely inadequate to describe the most visible intersection of state power, citizens, and violence with so few words; it is also wrong.

The binary paradigm that we use to evaluate police shootings--"justified" versus "not justified"--is wrong for several reasons. First, it dehumanizes the victims of police violence. Dehumanization is inextricably linked to racial disparities among those victimized by police violence. Victims are further dehumanized when their suffering is minimized or glossed over. At its core, dehumanization is about creating in-groups and out-groups in order to justify what would normally be unacceptable behavior. The binary paradigm's lack of nuance plays a crucial role in making shooting victims part of an out-group. "Justified" tells the public and the community that the "good guys" did what needed to be done and that the victim's death or maiming was necessary to preserve order. It conveys the message that there is nothing for "regular folks" to be concerned with, because it happened to those bad "others." "Justified" implies righteousness, and thus whoever received justified punishment cannot be righteous; they are not one of "us," and we must be protected from them. Our need for protection from the out-group means that when the White officer who shoots an African-American person had a history of using racial slurs, or a history of marginalization and unprofessional behavior, those wrongs do not matter. "Justified" wipes those sins clean and places the blame on the victim; if the victim had not been "one of the bad ones," an out-group member, then they would still be alive and whole. "Justified" means that because they were not one of us, they must have deserved it. That dehumanization, and the accompanying unfairness felt by communities of color, who bear the brunt of police violence, erodes trust between the police and the communities that they serve. Moreover, the binary paradigm fails to capture the complex scenarios that police often find themselves in during shootings, further undermining their legitimacy and reducing their effectiveness.

Our system can take a step toward addressing these shortcomings by discarding the binary and employing a spectrum approach, in part drawing on the tort law concept of negligence. Negligence jurisprudence is a category of civil law used to describe and categorize a wide swath of events and behaviors, ranging from purposeful neglect to freak accidents. One feature of negligence law that makes it especially useful in evaluating police shootings is nuance-- negligence offers a legal framework to discuss complex, dynamic sets of facts, like police shootings. This Article proposes that when applying a negligence-inspired lens to police shootings, investigating authorities should classify "justified" shootings as either: (1) a non- negligent mistake; (2) non-negligent and reasonable; or (3) non-negligent and necessary. In shootings that are "not justified," the officer's actions should be described as: (1) "negligent;" (2) "grossly negligent;" or (3) an appropriate criminal charge.

Words are the most powerful tool of policy and law. After all, words form the statutes and binding precedent that generations of Americans must use to guide their behavior. Words created the unjust and inadequate legal doctrine of qualified immunity, which has placed many instances of rogue police behavior beyond reproach. We cannot dismantle the qualified immunity doctrine overnight, but if our system can at least change the way that it speaks about police shootings, it can begin the long process of rebuilding community trust and police legitimacy that is critical to effective, accountable policing. This Article aims to start that conversation.

To begin, Part I illustrates the complexity inherent in police shootings by providing the reader with four stories. All but one are based on actual police/citizen encounters, though the names of those involved have been changed to give readers a chance to draw their own conclusions about these scenarios, rather than relying on conclusions of highly publicized media accounts.

Part III examines why the binary paradigm has persisted by critically exploring different factors that shape and reinforce the binary. Part IV discusses the crucial role that legitimacy plays in effective policing. Further, it explores how the binary paradigm undermines that legitimacy and offers a proposal to replace the binary with a spectrum approach that is based on the tort law concept of negligence. This Article concludes by exploring the limits and applicability of its proposed approach.

Our culture already recognizes the need for nuance in this area. Dozens of books, movies, and television series show that law enforcement operates in shades of gray, rather than with a simple binary of black and white. The legal system should be as capable of dealing with the complexities of police shootings in a manner that is at least as competent as the entertainment industry. That the current binary approach describes police shootings more shallowly than an episode of Law and Order is evidence of its painful inadequacy; we deserve more from our government and our police.

The spectrum approach is not a panacea--it will not fix all community relations or police brutality issues. It does not tackle the abysmal state of police qualified immunity jurisprudence, nor does it uproot the reasonableness standard at the base of so many unconscionable justifications of police misconduct. But as the saying goes, every journey begins with a single step. This approach represents that small step. It is a low-cost, potentially high-impact step toward transparency and accountability in police uses of deadly force. It is a policy change, aimed at giving our system the words and concepts that citizens desperately deserve after seeing their brothers and sisters brutalized and killed, and then hand-waved out of existence with the word “justified.” Moreover, the spectrum approach is modular; a police department or district attorney's office would not need to apply every category exactly as described here in order to be effective. Implementing a classification system that applied only the Non-Negligent Necessary or Non-Negligent Mistake category to the existing framework would improve police-community relations dramatically. Both of those categories carry an implicit acknowledgement that not every use of deadly force by police is absolutely necessary or correct. That acknowledgement humbles the police, and offering nuanced explanations to the public moves the police away from being detached overseers and closer toward servants of the public.

The police and citizens are peers. One group having special responsibilities does not change that. The logic of “because I said so,” has no place among equals, and that is what the binary paradigm offers. The spectrum approach treats citizens as partners whose approval and consent is important, in accordance with the nine foundational principles enumerated by Sir Robert Peel, the father of modern policing. The people of Baltimore, St. Louis, Chicago, Los Angeles, New York City, and countless other communities have tasted the fruit that the binary paradigm offers for decades and found it bitter and unsatisfying. Why not try something new?