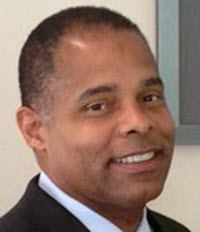 An indispensable change in the law is respectfully requested, giving American citizens a fair chance of prevailing against the State for systemic and habitual police abuse, which in certain circumstances ultimately leads to unjustifiable homicide. This change in the law should send specific and general deterrence to rogue peace officers who harm American citizens, ensuring they will be held accountable both civilly and criminally, thus meeting with justice in our courts of law. Moreover, this change in the law will help elevate the reputation of state peace officers to the highest professional standards and help ensure the policies, custom, and practice of civilian engagement is always fair and balanced--and only lethal when clearly warranted by indisputable felonious conduct threatening the lives of others.

Law enforcement is one of the most stressful occupations in our country. American citizens depend upon those sworn to protect and serve to honor their oath of office. Yet approximately 3 to 5% of law enforcement officers commit heinous crimes against American citizenry under the color of law. Moreover, through their felonious criminal actions, low percent of rogue peace officers tarnish the reputations of the 95-98% of honorable peace officers. When the criminal actions of rogue officers are condoned and accepted by other peace officers and ratified by summary dismissals in the criminal justice system, the entire criminal justice system--and all peace officers--become criminally implicated warranting appropriate indictment.

Rogue peace officers are committing unjustifiable homicides at an alarming rate across the United States with an excessively disproportionate rate of deaths for African Americans. A 2012 study showed a homicide rate of .48 per 100,000 for African Americans versus .17 per 100,000 for Caucasians, and with only 16 states participating. Thus, for that reason alone, a change in the law with the goal of reimagining the American peace officer is indeed needed, warranted, and respectfully requested.

Similarly, a change in the law is also respectfully requested to give the U.S. Attorney a fair chance to zealously represent the United States in criminal proceedings against rogue peace officers and those criminally responsible in the rogue peace officers' chain of authority, including but not limited to, the state's attorney. Over 150 years ago, Congress spoke to this issue with the passage of the 1866 Civil Rights Act, the 1870 and 1871 Ku Klux Klan Acts, and later as amended, 42 U.S.C § 1983, and 18 U.S.C § 241 and 242. Yet every day, American citizens are subjected to arbitrary, offensive, abusive, and targeted discriminatory justice, including unjustifiable homicide by those cloaked in the color of state law who are sworn to uphold the law and protect citizens.

And what has been the response by our judicial system on police abuse matters properly brought before the bench since 1871? Abysmal, varied, inconsistent rulings, leading to abject miscarriages of justice. Such miscarriages call for indictments against judicial systems for rulings that violate the rights, privileges, and immunities of American citizens, in particular, African American citizens, as articulated in the Equal Protection Clause of the 14 Amendment of the U.S. Constitution. Too long our Republic has relied upon inconsistent, unprincipled and varied judicial interpretations of clearly established Congressional legislative intent. Too many reversals, dismissals, and affirmations supporting political pressures, along with legal theories anchored in supposition and indeed academic conjecture, and, in many instances, outcomes that verge on the absurd in cases clearly warranting justice.

Furthermore, the statutory requirement of 18 U.S.C §§ 241 and 242 requiring proof beyond a reasonable doubt that an officer “intended” to violate a citizen's constitutional rights has been allowed to stall criminal cases worthy of a criminal indictment for crimes committed upon and against an American citizen. We know, for example, that in most situations, the subject peace officer has little to no intention of violating a person's civil rights while engaged in clear police abuse. For example, consider the events stemming up to an almost fatal shooting of an unarmed American in the back or the shooting of an American citizen sitting in his vehicle. In these circumstances and others, the peace officer is more than likely acting out of presumed fear, apprehension, rage, bias, racism, etc. It is exceptionally doubtful that in these circumstances rogue peace officers actually realize they are violating the Constitutional rights of American citizens; and sadly, their felonious acts characterize a marked departure from their sworn duty to protect and serve. Yet, these rogue peace officers' rightfully earned appointment with justice is universally thwarted under the specific intent to violate a citizen's Constitutional rights prong of 18 U.S.C §§ 241 and 242, again resulting in a paucity of criminal indictments for such crimes.

Our Legislative Representatives must amend the requisite statutes to strengthen the appropriate rule of law, thus reducing systemic state police abuse and helping ensure no other American citizens lose their lives at the hands of rogue state peace officers acting on their own accord under the color of state law. In addition, amending these statutes will ensure those responsible for hiring and managing rogue peace officers are equally held criminally and civilly accountable. The courts have failed the Republic in effectuating the specific legislative intent to “enforce the Fourteenth Amendment's guarantees through 'appropriate legislation.”’

philosophy is very simple - when you see something that is not right, not fair, not just, say something, do something. Get in trouble, good trouble, necessary trouble.”

Congress must amend § 1983 and §§ 241 and 242. The die is cast (Iacta alea est) with 1) Colorado's Enhanced Law Enforcement Integrity ACT, Senate Bill 20-217, which clearly redefines, reinforces and strengthens Congress's specific intent, giving little variance upon which a court can later misinterpret or misconstrue this intent; 2) Senators Kamala Harris, Edward Markey, and Cory Booker's U.S. Senate Bill calling for the abolishment of the qualified immunity defense in § 1983 cases; and 3) the U.S. House of Representatives' George Floyd Justice in Policing Act of 2020, H.R. 7120, introduced by Representative Karen Bass. Now is the time for Congress to act by introducing and duly passing federal legislation and other measures to ensure the promises of the 14 Amendment's Equal Protection Clause for all American citizens, and of emergent significance, Americans of African Descent, BlackLivesMatter.

Colonel James M. Durant III is a retired Air Force Judge Advocate; he is currently a chief counsel with the US DOE.