The Paradox of S.B. 1421: A New Tool to Shed Light on Police Misconduct and a Perverse Incentive to Cover it up

Excerpted From: Carina Miller, The Paradox of S.B. 1421: A New Tool to Shed Light on Police Misconduct and a Perverse Incentive to Cover it up, 49 Southwestern Law Review 537 (2021) (Note and Comment) (189 Footnotes) (Full Document) 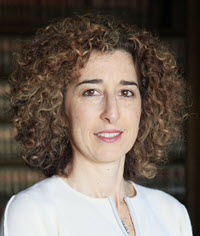 Police forces across the country have found themselves under scrutiny in recent years, often because of incidents involving shootings and use of excessive force. The media and the public often focus on whether prosecutors charge the officers involved. Lately, however, a related issue has received similar attention: the fact that privacy laws in many states severely restrict public access to police personnel records, including disciplinary records. This lack of transparency on relevant aspects of the work of peace officers undermines the openness and accountability characteristic of democratic societies, weakens trust in law enforcement, and can harm individuals who require the information in police records to pursue civil cases or to defend themselves in criminal ones.

Until very recently, California was among the states that most severely restricted access to peace officers' personnel records with laws that had serious consequences for the administration of justice. Laws protecting the confidentiality of police personnel records have required litigants to go through a time-consuming and often fruitless process in order to obtain information necessary for their cases. Prosecutors subject to the same restrictions have sometimes remained uninformed about relevant prior misconduct by officers who they call as witnesses, and have been deprived of exculpatory or impeachment information that they are legally obligated to share with the defense.

In an effort to increase transparency on misconduct by peace officers, California enacted a law that created four significant exceptions to the confidentiality of their records. S.B. 1421 came into effect on January 1, 2019 and amended the state's Penal Code to make records available for public inspection pursuant to requests under the Public Records Act (PRA) when they relate to incidents involving the discharge of a firearm or use of force resulting in death or great bodily injury, sustained findings of sexual assault involving a member of the public, and sustained findings of certain acts of dishonesty. For situations other than these four, access to personnel records still requires a special motion showing good cause and a court order, but S.B. 1421 at least has created an opportunity for the public to learn about serious incidents involving peace officers, and gives litigants a new tool to obtain relevant information.

This Note assesses the impact of the law in since it became effective, and warns that in spite of its accomplishments the law falls short in important ways, especially because it creates some perverse incentives. On the one hand, the law increases transparency and promotes the public's right to know about police misconduct by allowing public scrutiny. Also, although S.B. 1421 did not seek to facilitate the production of peace officer records in litigation, it has already spurred new case law and new practices by prosecutors that will have that effect.

On the other hand, the heightened risk that misconduct will be exposed creates incentives for law enforcement to keep evidence of misconduct away from records in the first place. The response to these incentives could take the form of destruction of records whenever saving them is not strictly and unambiguously required by law, unfinished investigations, less candor by officers subject to investigations, and hesitation by those recommending or imparting discipline. The fact that some police departments destroyed personnel files around the time of the law's passage and that peace officer unions have vigorously challenged the new law in court since its passage suggest that the concern is not idle.

Part II of this Note provides legal and historical background for S.B. 1421 and explains the effect of laws that protect the confidentiality of peace officer records during litigation, including in criminal cases where the privacy of such records is in tension with prosecutors' duties under Brady v. Maryland and its progeny.

Part III examines the impact of S.B. 1421 during its first year and brings attention to the issues that are most likely to create problems in the future. The law has given Californians and the local media a powerful tool to lift the veil of secrecy on serious incidents involving peace officers. The success of this tool will raise the stakes of placing information in peace officers' personnel files subject to disclosure, however. Some “rogue departments” might try to avoid disclosing information on misconduct, and other departments might comply with the new law more readily, recognizing that transparency and accountability are good for law enforcement agencies themselves. The incentives to avoid the full impact of the law apply across the board, however, and it will be important to deal with them. The Note concludes with a reflection on the law's impact during its first year and some steps that can mitigate its shortcomings.

S.B.1421 is an important departure from a legal regime that until recently emphasized the protection of peace officers' personnel records. The law represents a very positive change in attitude because it explicitly places value on transparency as a legislative goal. It also gives the public a new tool to find out key information about public officials, information that could also make a difference to litigants in civil cases and to both prosecutors and defendants in criminal cases. At the same time, the promise of more information both makes the law valuable and could cause trouble ahead by raising the stakes of creating records of disciplinary action and findings of misconduct.

Making sure that the law works to maximize openness will depend on multiple parties--starting, of course, with law enforcement agencies themselves. Courts will have a key role as well. Since the law came into effect, courts have generally decided cases in ways that promoted the law's interest in transparency, including by rejecting claims that S.B. 1421 could not apply “retroactively” to force the release of records created prior to 2019. By mid-2020, a court of appeal had also ruled that California's Department of Justice, and not just law enforcement agencies, may be required to provide the records that S.B. 1421 makes available if the Department possesses them, and the Supreme Court had held that agencies and not requesters should pay for the cost of necessary but expensive redactions of electronic public records. Courts will surely be called on to speak to new issues, whether they arise from lack of clarity in the law or the demands of litigation.

Ensuring that the law works as intended and does not inadvertently undermine the quality of internal investigations could also involve giving a strong role to citizen commissions and other bodies that exercise oversight over the agencies. This could require creating new such bodies, or at the very least, assessing existing ones to ensure that they are effective. Citizen commissions vary in their functions--some have independent investigatory powers, others review completed internal affairs investigations, others focus on identifying and addressing more systemic problems rather than individual investigations, and still others are hybrid. No single model guarantees effectiveness; instead, each model has potential strengths and weaknesses, from the extent of resources they need, to the level of expertise required to make them work, and the results they seek to obtain. Successful oversight cannot rest on confrontation with law enforcement, however; any model requires not only independence and authority but also full collaboration.

Last but not least, the impact of the law will be in the hands of an attentive media, watchdog groups, and Californians at large. S.B. 1421 acknowledges that “the public has a strong, compelling interest in law enforcement transparency because it is essential to having a just and democratic society.” S.B. 1421 has finally unlocked a window into the work of the state's law enforcement agencies. It is now up to the state's citizens to open the window and see what is behind it.

Carina Miller received her J.D. from Southwestern Law School, and a Ph.D. in Government with a focus on International Relations from Georgetown University.