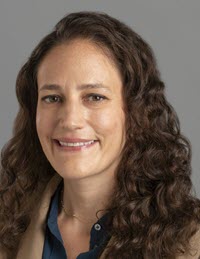 In August 2020, a summer marked by the largest protests against police brutality the country has ever seen, Linda Sarsour, a prominent activist known for founding the Women's March and supporting many progressive causes, including the Movement for Black Lives, took to Instagram to share a video. The still above is from this video. In it, Sarsour wears a sweatshirt with the words “PROGRESS NOT PRISONS” prominently displayed. In the same image, she posts one hashtag: #ArrestTheCops. It refers to the police officers who killed a young Black woman named Breonna Taylor during a “likely-illegal,” warrantless raid on the sleeping woman's home. Sarsour's post powerfully displays the tension that this paper seeks to address. In the very same moment that Sarsour advocates against prisons, she also advocates for the arrest, and, one must assume, eventual imprisonment of individual police officers.

In 2019, an academic center displayed the same tension between decarceration and punitiveness. Chicago police officer Jason Van Dyke was sentenced to eighty-one months (a little under seven years) in prison for the shooting death of Black teenager Laquan McDonald. The MacArthur Center for Justice, an organization that advocates for “the most vulnerable” defendants in the criminal legal system, wrote a letter on behalf of numerous civil rights organizations, including Black Lives Matter Chicago, and clinics at two prominent law schools. The letter argues that the sentence was illegally light because the law demanded Van Dyke serve consecutive sentences: “[T]he minimum lawful sentence that could be imposed on Mr. Van Dyke would require him to serve a sentence of imprisonment [of at least 18 years].” The letter's authors make clear that they do not believe “that mandatory consecutive sentences are, as a general matter, fair, just or good policy.” In fact, the signatories “abhor, as a general matter, the pain that extremely long terms of imprisonment inflict on the Black and Brown defendants who are the ones typically sentenced to draconian prison terms under this sentencing scheme--the result of the false premise that such sentences deter crime or make our neighborhoods safer.” Despite this abhorrence, however, the authors conclude that “Jason Van Dyke must be required to serve the sentence that Illinois law demands.”

Laid bare in these examples from the worlds of activism, advocacy, and academia are two conflicting impulses that are driving scholarship, rhetoric, and policy-making among generally left-leaning criminal legal system critics. On the one hand is the recognition that our criminal legal system is out of control, racist, ineffective, and unworkable. On the other is a renewed fervor for criminal legal solutions for the political left's most high-profile villains: police officers. The punitive impulses from progressives are also aimed at sexual offenders and privileged, cisgender, white, male bad actors, all of whom are seen as “above the law[].” To be sure, these categories of people create vast societal problems, and attention to these problems is necessary. But the reliance on the criminal legal system, by those who would otherwise see it radically reduced, is a troubling reminder of our societal addiction to criminal legal solutions and of how difficult it will be to dismantle this deeply unjust system.

This Article argues that a project to increase the harshness of the criminal legal system against police officers will, far from its proponents' goals, legitimize and increase the footprint of our current criminal legal system. Such prosecutions may also lead to the continuation of the very policies and financial incentives that lead to police violence in the first place. The piece catalogues and describes the punitive procedural and substantive legal turns that scholars, civil rights groups, public defenders, and legislators have proposed or advocated to make it easier to prosecute the police. It argues that taken together, the legal proposals and rhetoric surrounding police prosecutions are familiar tactics that have been previously deployed in earlier eras by those in favor of “tough on crime” strategies to increase the number of people prosecuted for crimes, and the harshness with which they are punished. They are failed policies, not productive solutions.

Reforms designed to prosecute and imprison more police may achieve desired outcomes for those who see the criminal legal system as functional with flaws. From this perspective, police prosecutions should probably occur more often because the perceived bias of the criminal legal system in favor of the police undermines the legitimacy of criminal law. Dismay at the number of officers who are not held criminally accountable for violent acts is justifiable. And these believers understand there to be legally and theoretically valid reasons for pursuing police prosecutions. Some believe that it will deter future bad acts by police; others believe that criminal punishment is morally just and necessary retribution for violent acts. Perhaps most saliently, many see it as a form of racial justice for over-policed, over-incarcerated communities of color. For those who are comfortable with the outlines of the criminal legal system, it is not hard to see why police prosecutions are a logical and necessary part of a system that may not be humming along as ideally as it should but is doing the work it was set out to do. Through this lens, successful prosecutions may represent the system correcting itself by holding bad actors accountable, pursuing racial justice, and punishing those who abuse their position.

But these are not the only advocates of police prosecutions. Indeed, it is hard to find anyone, other than police advocates, and a few of the most dedicated prison abolitionists, vocally opposing the prosecution of police. Moreover, many of the loudest pro-prosecution voices are those who, in other contexts, almost uniformly critique the harshness of the system--public defenders, reformist legal scholars, activists, and civil rights groups. In reaction to officers not being charged, or not being convicted, many have turned to the techniques and tools that have been central to propping up mass incarceration: dehumanizing police defendants, suggesting new and harsher substantive criminal laws, eschewing procedural rights that contribute to fewer convictions, lamenting too short sentences for those officers who are convicted, lambasting prosecutors who are seen to excuse criminal behavior, and insisting upon treating police as harshly as civilians are treated. In many cases these strategies are ones which have been clearly and persuasively shown to increase mass incarceration and to prop up the criminal legal system.

In order to re-envision the criminal legal system, we must seek alternatives, even when fairness or racial justice appears to demand a criminal legal recourse. This holds true even for those who have historically been privileged by criminal law and procedure. Scholars have done, and are currently doing, this sort of criticism in terms of carceral feminism--the impulse to increase punitiveness for domestic and sexual violence, and, in a more limited way, for wealthy defendants who are seen to take advantage of the poor, or to use their privilege to maintain their class supremacy. But the police who commit violence against citizens remain, generally, a third rail. This is particularly so as the nation continues to grapple with violence by police, violence that has existed for centuries but has gained dramatic prominence since the killing of George Floyd and the murder charges brought against the four officers involved and the killing of Breonna Taylor and the outrage at the non-indictments in that case.

This Article concludes that police prosecutions do not align with either a prison abolitionist ethic or, less radically, a desire to see the criminal legal system treat people of color fairly. While there may be certain short-term gains from showing that the criminal legal system will punish its own actors for racially biased violence, in the long-term, racial justice depends on the dramatic reduction of the criminal legal system. Indeed, anecdotal evidence suggests that, even in the short term, the system is playing out its racial pathologies in police prosecutions. The article explores the trials of Peter Liang, Nouman Raja, and Mohammed Noor. In these trials, officers of color were convicted in high profile cases, all three in jurisdictions where, up to that point, on-duty killings by white officers had not led to charges or convictions.

Moreover, a focus on criminal punishment for “bad apple” individual officers is a problematic obstacle to police reform. Allowing prosecutors and police departments to allege that individual shootings are the product of rogue or abnormal officers also allows them to claim that policing more generally is functioning well. It directs our attention away from the well-documented systemic and organizational issues that lead to violence by the police. Moreover, it ignores the fact that most police violence is not just legal but accepted with little dissent. This ordinary violence is central to the subjugation of poor people of color and does tremendous aggregate harm to whole communities.

The Article has four Parts. Part I examines the many recent suggestions by scholars and advocates to ease the path to criminalization for police. There are myriad articles on how prosecutors can and should exercise harshness against the police, and ways to change criminal procedure and substance to yield more convictions of police officers. Part II looks at prison abolitionist literature and concludes that this literature compels us to take a much harder look at the problems with prosecuting our way to racial justice. Part III argues that using the criminal legal system against police who commit violence both legitimates and replays the racial pathologies of the criminal legal system. It looks at three recent trials and convictions of officers of color to illustrate these systemic issues. Finally, Part IV highlights why police prosecutions do not aid in reducing police brutality because police violence is systemic and legal. It concludes by pointing to another way to reduce all forms of police violence: reduced reliance on the police.

Police brutality is a crisis that is intimately bound up with our criminal legal system writ large. This Article shows that using that system to resolve the crisis of police violence is both futile and counter to the larger goals of decarceration and racial justice.

The dominance of our criminal legal system, despite the overwhelming evidence of its disfunction is, at base, a political problem. Law enforcement and their supporters in government, media, and scholarship have had a vice grip on messaging and politics for decades. Recent scholarship and advocacy has, however, begun to sound a new note. In particular, scholars who focus on prison abolition or mass decarceration are focused not only on the harms of our prison-backed criminal legal system, but also the potential alternatives that exist through reinvestment in alternative forms of safety and accountability.

Yet, many of those who dedicate themselves to reducing the criminal legal system continue to rely on it to solve the crisis of police brutality. Until now, there has been no sustained work to explain why this way of thinking is an obstacle to the mass decarceration desired by many. This Article has endeavored to show why prison abolitionist scholars and decarceration advocates must reckon with the use of the criminal legal system against police officers if they are to realize their goals.