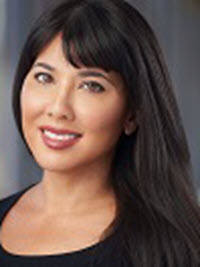 We are in the midst of a sea change.

During the summer of 2020, millions of people around the world took to the streets to express their outrage at the horrific police killings of George Floyd, Breonna Taylor, Daniel Prude, and too many others. People watched aghast as the militarized police and federal paramilitaries trained their weapons of war on peaceful protesters and disappeared civilians in a manner more befitting a dictatorship than the United States. Progressives were dismayed that police and prosecutors continued to fill overcrowded and unsanitary prisons where COVID-19 raged, thereby imposing an unofficial death penalty on thousands of detainees, many of whom had not yet been tried for misdemeanors. All this galvanized a shift in mindset, and no longer did people regard these events as disconnected points of pain. Rather, they stepped back, and Seurat-like, a picture emerged with each point a component of our intolerable system of racialized mass incarceration.

In the past, most commentators characterized police brutality as a matter of individual racist and sadistic bad cops, and many still do. Progressive carceral critics, including criminologists and law professors, have accordingly advocated for modest procedural reforms of policing and the penal system. But today, an increasing number of experts argue that changes at the margins that leave untouched the oppressive structure of policing and punishment, such as body cameras, implicit bias training, and data-driven practices, are simply not enough. In fact, ineffective and marginal reforms can bolster policing institutions by accruing to them money and thwarting more substantial interventions. After the events of the summer, many BlackLivesMatter protesters and others came to see the criminal system's tendency to wound, control, and thus maintain the subordinate status of people of color, not as a malfunction but as the system's function.

In this essay, I have the fortunate task of responding to Dean Angela Onwuachi-Willig's Frankel Lecture, From “Lynching as Status Quo” to the New Status Quo. I am delighted to engage the work of my friend and colleague, who is a luminary in the field of racial justice. Onwuachi-Willig persuasively illustrates a pattern of injustice that has been on repeat play with tragic regularity from the days of Jim Crow and before, involving state and societal tolerance for racist violence. Drawing on the theory of cultural trauma developed by sociologist Kai Erickson, she heart-wrenchingly describes how Black Americans experience intense, long-lasting, and damaging pain and trauma caused by repeatedly viewing state actors ignore, tolerate, and glorify state and quasi-state brutality against Black people. Dean Onwuachi-Willig illustrates in exacting detail how the brutal Emmett Till and Trayvon Martin killings, separated by over a half-century, both clearly reflect this recurring pattern of injustice.

I agree with Dean Onwuachi-Willig's analysis about the ubiquity and depth of racial inequality in society generally and in policing particularly. We agree that many White communities take pains to maintain homogenous racial spaces by using private patrollers like George Zimmerman and official police patrols, and exclusionary economic and social practices. We agree that implicit and explicit biases, personal frames of reference, and cultural mythologies render many people blindly trusting of law enforcement and skeptical of Black innocence. We agree that the George Floyd protests may have been a tipping point for a number of White Americans, and the newfound convergence against racist police brutality might portend a better future.

However, Onwuachi-Willig, like many racial justice seekers, emphasizes the need to hold individual police and private actors accountable through criminal prosecution, conviction, and imprisonment. To be sure, for many years, most Americans, including Black Americans, have understood justice as the incarceration of individuals deemed responsible for harm, even if that incarceration is within our racist, overbroad, and inhumane mass imprisonment system.

racialized police violence is but one facet of an American carceral state preoccupied with inflicting pain on Black and Brown bodies. Policing is the legacy of Reconstruction-era penal policies critical to the oppression of formerly enslaved Black Americans. Policing and the punishment system are primary mechanisms by which the government and powerful private actors socially control the masses, perpetuate White supremacy, and maintain the minimal size of the welfare state. As such, the cycle of racist police violence and state toleration identified by Onwuachi-Willig is not a miscalibration of the carceral system but endemic to it. And diverting more resources to that very system in exchange for the prosecution of select racist and murderous officers--a costly bargain--is unlikely to break the cycle. police violence is both institutional and structural.

I use the term “institutional” to denote that from the very inception of organized American law enforcement, racialized and classed social control was an essential part of what it means to “police.” Of course, we might imagine a brigade of friendly, race-neutral, nonviolent service providers--something like the Red Cross--but such a vision is distinctly not one of policing. I use the term “structural” to denote that racial inequality and brutal violence are embedded in and reinforced by the organization, training, and accepted practices of the police and their supporting criminal law actors. This structural analysis stands in counterdistinction to the common refrain that police brutality is the product of “bad apples” or good apples who “chok[ed],” as President Trump put it. Given the institutional and structural nature of racialized police violence, I question whether BlackLivesMatter and other police-critical movements' discourse and activism should elevate the conviction of killer cops as the highest form of racial redress. is a reason some police chiefs, prosecutors, and conservative politicians have gone on the record to vociferously condemn officers in high-profile brutality cases. That narrative affirms that police violence is a product of the rare, intentionally racist and murderous bad cop and not of the institution of policing and its entrenched structures. Indeed, the police killing anyone, especially an unarmed civilian, is statistically rare. But the regular violence and everyday indignity officers disproportionately exact on minorities--and plenty of marginalized white people--are not. Interest-convergence theory and history predict that reformers will find it far easier to succeed with an agenda of empowering prosecutors to convict a few murderous cops than with one of dismantling policing as we know it.

I begin this Commentary by disputing a narrative so entrenched in the American mindset it is rarely questioned--that the purpose of policing is to fight crime. I then proceed to examine what the institution of policing has actually proven it is wildly effective at achieving. It has succeeded spectacularly at what I call “bluelining,” that is, maintaining raced and classed spatial and social segregation through the threat and application of violence. As such, racialized brutality is foundational to the structure of organized policing and it is manifested programmatically in everything from recruiting to training and best practices. Finally, I will conclude by cautioning that, given the institutional and structural nature of racialized police violence and the inherent limitations and internal pathologies of criminal prosecution, the cop-prosecution program holds little promise of creating a more just system.

This is a moment of radical awareness in which people of all races and socioeconomic statuses are decrying the brutality of street policing and lamenting that the United States has the ignoble distinction of the most punitive nation on Earth. This moment requires activists, scholars, and reform-minded policymakers to keep up the pressure even as the twenty-four-hour news cycle moves on and to call for much more than the prosecution of individual officers. This moment necessitates the rejection of policing's organizational structures and tactics that are rooted in slavery, disciplining the poor and lower classes, and suppressing workers' demands for rights. This moment demands nothing less than a total reimagination of how the state can justly, fairly, and effectively serve and protect individuals and communities. We can make real strides and ensure that six-year-old Gianna Floyd spoke truth when she said, “Daddy changed the world.”