Death by “Protectors”: Ensuring the Human Rights and Fundamental Freedoms of Americans Against Excessive Force Used by Law Enforcement 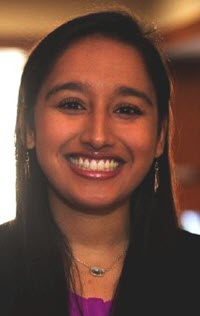 In 2020, there were only eighteen days in the United States when the police did not kill someone. Emerging movements such as “BlackLivesMatter” and “Say Their Names” have cast a spotlight on this issue, advocating for nonviolent civil disobedience in response to police brutality in the United States. Although the country is known as “the land of the free, and the home of the brave,” a question arises: How free are Americans really?

Police brutality is defined as “the use of excessive and/or unnecessary force by police when dealing with civilians.” The term originates from the Industrial Revolution in the 1870s when law enforcement physically harmed workers who participated in labor strikes. These workers were marginalized and typically belonged to the lower social and economic classes. During these strikes, police would brutalize and arrest protesters without cause. even as the economy and labor-employment policies evolve in the United States, police brutality continues to persist. Prior to the events associated with the current public outcry, the most significant reports of police brutality occurred during the Civil Rights Movement of the 1960s. During this time, police used various forms of force against protestors, including dogs, beatings, and high-pressure water hoses. Yet, despite this violent history and the legislative aftermath to curb its recurrence, police brutality, primarily against people of African descent, remains a highly contentious issue for the United States.

Part II of this Comment examines the constitutionality and legality of the use of deadly force by law enforcement under the Fourth Amendment, U.S. Supreme Court jurisprudence, and the Code of Federal Regulations. Part II also addresses the affirmative defense of the qualified immunity doctrine, which protects law enforcement officers from lawsuits.

Drawing on this failure, Part V proposes that the U.S. Government create a Domestic Commission of Inquiry to investigate its excessive force laws and practices.

With the surge in the number of allegations, protests, and movements resulting from police brutality and excessive force by law enforcement, the United States must respond promptly. The current domestic framework set out by the Fourth Amendment, U.S. Supreme Court jurisprudence, and federal acts and regulations are outdated and do not adequately provide remedy for victims. As well, the United States' passiveness on the implementation and enforcement of its obligations under international human rights law and the lack of response by the international community to the human rights crisis occurring in the U.S. is abysmal. Thus, to prevent police brutality, the United States needs to conduct a government-wide internal review of its excessive force policies and practices.

To effectively address its excessive force use policies and practices, Congress must create a Domestic Commission of Inquiry similar to the PITF. By allowing Congress to create this Commission through formal legislation, the Commission would be bipartisan, permanent, and would allow for cooperation amongst the various government agencies. The burden falls upon the United States to address and solve its deep-rooted societal problem of police brutality. Only when these issues are resolved can America be “the land of the free and the home of the brave.”

J. Shah is a 2021 graduate of Wake Forest University School of Law and is a member of the Editorial Staff of the Wake Forest Journal of Law & Policy.