The Mark of Policing: Race and Criminal Records 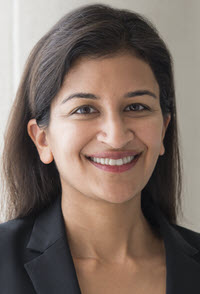 This Essay considers how a moment of racial reckoning in policing could include a focus on criminal records. In the summer of 2020, the killings of George Floyd and Breonna Taylor--coming on the heels of numerous other documented incidents of police violence against racial minorities--triggered a historic social movement in the United States. One important insight from this movement is that the most visible forms of police violence represent only the tip of the iceberg. Police violence is neither unpredictable nor episodic. It is the product of a legal system that gives the police enormous control over communities of color.

This Essay employs the sociological concept of marking to recognize how policing decisions entrench racial inequality. A marking framework treats an arrest or conviction as a form of public credentialing. The credentialing process matters because it translates a particular experience into a formally recognized status. For example, an individual could receive a world-class education through her public library, but without the credential of a degree, she would struggle to formalize that knowledge and demonstrate its value. Similarly, a criminal record formalizes the experience of being arrested. It translates a single police officer's decision to arrest into a marker that has lasting social meaning.

Framing a criminal record as a negative credential offers a way to visualize more expansive legal interventions than focusing on convictions alone. The key questions under a marking framework relate to why, when, and how negative credentials are made and used. The credentialing framework also reveals that not all credentials have the same social meaning. Racial minorities who are the most likely to be subject to criminal arrest may also experience more lasting consequences from their marks.

I. Race and the Discretion to Arrest

In the summer of 2020, seventeen-year-old Darnella Frazier recorded police officer Derek Chauvin killing George Floyd by kneeling on his neck. The video raised obvious questions about the abuse of government power. Why did the officer use such excessive force? Why did none of the observing officers intervene? Why was Mr. Floyd even subjected to a full custodial arrest for such a minor violation--allegedly paying for cigarettes with a counterfeit $20 bill?

The record of Mr. Floyd's last moments is far from alone in raising these questions. A large body of scholarship conceptualizes police violence as a problem of law. Constitutional doctrine gives police significant discretion to engage in stops and arrests. In Whren v. United States, the Supreme Court held that police officers may make pretextual traffic stops motivated by racial profiling, so long as there is probable cause for the underlying offense. In Terry v. Ohio, the Court held that police may briefly engage in a stop as long as the police officer has “reasonable” suspicion that “criminal activity may be afoot.” Beyond stops, police may make full custodial arrests for conduct as minor as a seatbelt violation that is not punishable by jail time, as the Court held in Atwater v. City of Lago Vista. The Court in Atwater justified its decision by pointing to historic practice, as well as to the presence of other institutional constraints on the arrest process, reasoning that if police made manifestly unfair or gratuitous arrests, “political accountability” or “good sense” would ultimately serve as checks on police behavior.

All too often, “good sense” and “political accountability” fail to check police misconduct, including racial profiling. Black and Latino men are disproportionately subject to criminal arrest. Overwhelmingly, arrests are for low-level offenses. Low-level arrests in particular reflect socioracial disparities in policing practices more than a reasoned response to moral culpability. As Jamelia Morgan has discussed, hundreds of thousands of disorderly-conduct arrests each year function as a way of “reinforc[ing] social hierarchies based on race, gender, sexual orientation, and disability.” Marijuana arrests are another frequently cited example. It is not just that Black people are arrested far more often than white people for low-level marijuana violations, despite using marijuana at similar rates. As Bennett Capers has observed, it is also that marijuana prosecutions can “swing like a pendulum,” with arrest practices wildly fluctuating in a short timespan. These arrest practices reflect socially constructed metrics about who appears out of place or is stereotyped as posing a danger, and they define the boundaries of who belongs along racial lines.

Racialized policing practices create the risk that police encounters will escalate into deadly violence. Philando Castile--a thirty-two-year-old cafeteria supervisor affectionally known as “Mr. Phil” by hundreds of school children--was killed by a police officer during a routine traffic stop, despite evidence that he did everything requested of him. In their discussion of Mr. Castile's killing, Angela Onwuachi-Willig and Anthony Alfieri highlighted the central role of racial bias. The officer who killed Castile “could not see Castile as anything more than a racial stereotype,” one that made the officer feel “apprehensive of Castile and [led him to] read [Castile] as dangerous almost from the beginning.” In the thirteen years before he was killed, Castile had been subjected to traffic stops approximately fifty times.

Racial disparities are particularly evident in programmatic policing practices that subject communities of color to the repeated risk of being stopped and arrested. Evidence from New York City's stop-and-frisk litigation shows how police subjected entire communities to race-based stops, as more than 80% of those subjected to stops were racial minorities. Similarly, in Ferguson, Missouri, from 2012 to 2014, “African Americans account[ed] for 85% of vehicle stops, 90% of citations, and 93% of arrests made by [Ferguson Police Department] officers, despite comprising only 67% of Ferguson's population.” The police disproportionately used force against African Americans, with “[n]early 90% of documented force used by FPD officers” being directed at African Americans. And in Los Angeles, data from July 2018 to April 2019 showed that Black and Latino drivers were far more likely to be subjected to searches during traffic stops than whites.

Beyond the empirical evidence, interview-based accounts also provide a window into how police wield their discretion. The Ferguson Report, for instance, is riddled with interviews that document how officers singled out vulnerable residents for harassment. In one case, a police officer accused a thirty-two year old Black man of being a pedophile for no reason, demanded to see his identification, and arrested him for “making a false declaration” for stating his name was “Mike” instead of “Michael.” The Ferguson Report showed how much power police have to control the narrative that emerges from police-resident encounters. But for the Department of Justice investigation, for instance, “Mike” would almost certainly not have had the opportunity to explain how he was falsely accused and arrested.

As we collectively reckon with the role of race in the criminal justice system, it is critical to recognize how police wield enormous power to create the mark of a criminal record. Criminal records--their creation, distribution, and use-- play a hidden role in formalizing social stigma. In a world where arrests create markers that last long after the criminal case is complete, the key question is why and how we permit race-based policing to live on and potentially to affect many aspects of an arrested individual's life. Racial reckoning in criminal justice requires recognizing that the problem of policing is not confined to the police; a host of other actors rely on criminal records in ways that entrench inequality. A key question should be whether and when a police officer's decision to arrest should automatically serve a credentialing function in the first place.