The Invisible Rules That Govern Use of Force 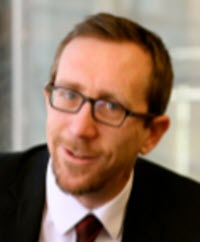 Command staff with years of policing experience were asked the same question: Is it possible to regulate use-of-force practices by hard and fast rules that limited officer discretion? The response: No. The resistance to a rule-based approach was virtually universal, as was the rationale. From a departmental perspective, a hard and fast rule would prevent an officer from appropriately responding to a fluid, potentially dangerous encounter. “Every situation will have countless variables.” “[Y]ou can have two really similar incidents lead to two totally different outcomes.” “[It's] [impossible to have a set of rules that will anticipate a particular situation.” “Because of a totality of the circumstances, you have to consider a range of options in any scenario.” The understanding among officers seemed to be that, unless a practice is prohibited (like a bar on chokeholds), use-of-force practices could not be subject to rigid rules that flatten out the factual variability an officer confronts in the field. According to departments, requiring officers to engage in certain protocols during an encounter would result in an officer using too little force (losing control) or using excessive force (causing unnecessary harm to meet policing objectives).

If one accepts this rule-resistant view of policing, calls for sweeping reform face an existential obstacle. The departmental narrative requires that any attempted intervention by the public must preserve officer discretion. Under this view, hard and fast rules are not just unwise but also inapplicable to the realities of policing the street. This narrative, if accepted, serves to dilute and deflect public attempts at ex ante intervention. In theory, a community that was able to impose hard and fast rules would permit a more robust disruption of the status quo and an exertion of public control over policing practices. But the authority of the rule-resistant narrative seems to be holding. A community furious over quickly escalating encounters might demand change; according to the departmental narrative, such demands might, at most, result in a policy addendum saying officers should “attempt to use time and distance” in approaching a scene. Such changes, however hard-fought, leave officer discretion intact; the department remains in control over the interpretation of what it means to use time and distance and when doing so is appropriate. In this way, the rule-resistant narrative helps maintain departmental control over use of force practices and deflect the consequences of public outrage.

This Article does not question whether officer belief in the rule-resistant narrative is genuine. Quite the opposite; command staff and officers seem convinced of its veracity. The narrative is rooted in the Supreme Court decision in Graham v. Connor, which only reinforces the narrative's legitimacy. What this Article does question, however, is whether departments actually practice what is preached. Though departments believe officer discretion must be preserved, this Article finds that departments, however blindly, in fact impose rules that significantly limit officer discretion before an officer goes out in the field. Departments do not write these hard and fast rules down. Rather, these rules of engagement are embedded in departmental trainings. Training content is typically unscripted and unavailable for public review. Thus, rules exist, but in a double-blind setting: the police are unaware they are erecting and following rules; and, so, from the public's point of view, they do not exist. This Article, however, makes efforts to excavate these otherwise hidden rules from two sources: one, a single departmental press conference regarding a police-involved shooting that presented trainers to the public and in doing so, revealed a number of hard and fast rules that dictated the officer's actions; and two, a broad survey of transcriptions of training videos typically intended for officer-only viewing.

In the press conference following a tragic encounter in Madison, Wisconsin, hard and fast rules can be extracted from the trainers' presentation to the public. These trainers would surely deny the existence of any rules. But there were hard and fast rules that could be extracted from their presentation--rules that, when written down, significantly limit officer discretion and apply to a whole host of potential incidents. The Article then “zooms out.” We transcribed and analyzed sixty internal training videos produced over the last ten years by Lexipol, the largest provider of police training in the United States, that relate to use of force. The takeaway? Though training videos reinforced the rule-resistant narrative, trainers--however unknowingly--repeated rules that limited officer discretion. In short, despite claiming they were not telling officers what to do, trainers do exactly that. From these training presentations, it becomes clear that, though departments publicly contend that officer discretion cannot be limited, departments internally create decision trees that instruct officers when and how to act when certain conditions are present. From this analysis, the Article observes that hard and fast rules already govern use-of-force training.

In Part I, the Article discusses the findings of an original study that involved interviewing the majority of representatives from State Peace Officer Standards and Training (POST) agencies about the question of whether use of force can be subject to rules. Virtually all representatives refused to consider the possibility of a rule-based regulatory approach to use of force.

Part II turns to police training content, revealing that, despite what departments represent to the public, they internally limit officer discretion and create a body of unwritten rules that direct officers to act in certain ways, regardless of the factual variability of incidents. First, the Article presents a case study of the Madison Police Department that reveals how an officer was directed, by way of departmental policy, to fatally shoot a civilian. The Article then presents its findings from the analysis of over sixty use-of-force videos produced by Lexipol. The Article suggests that, from the themes and discussions within these videos, officers leave training with a set of rules that they will abide by, regardless of what situation they find themselves in.

Part III reveals that the rule-resistant view adopted by departments is institutionally accepted by courts and legislatures, thereby validating and strengthening this deceptive and false narrative. Part IV discusses what is at stake: The rule-resistant narrative serves departmental interests to remain insulated from public interventions and to maintain control over use-of-force practices.

Part V addresses some objections and concerns raised both by police and by critiques of current use-of-force practices if, in fact, we were to embrace the use of rules in the use-of-force space.

Finally, Part VI proposes what a reform effort might achieve through a rule-based approach to regulating use-of-force practices.

Justice Scalia announced that there is no “magical on/off switch that triggers rigid preconditions” of use of force. He was wrong, as is the rule-resistant view, a view embraced by every branch of government. There are, in fact, on/off switches--rules--that are triggered by preconditions and that, despite denials of their existence, have already been adopted by many departments. These unwritten rules have not been subject to public scrutiny or comment, despite their importance: As Professor Harmon observes, any discussion of policing is inexorably linked to violence. The public has not weighed in on what values should inform encounters between civilians and officers. This absence of public interrogation is reflected in many of the sub silentio rules adopted by departments that protect officers at the expense of civilian safety. What is stunning about many departmental training modules is an atmospheric commitment to the advocation of violence within the portrayal of a dystopic society. Many in law enforcement believe a force-forward approach provides the safest environment--that such conditions facilitate peaceful submission by subjects who know that resistance will be met with force--an argument made, for example, by the city in its briefs to the Court in Garner. Yet, after the Court rejected the city's arguments in Garner--the high-water mark of judicial enforcement--police violence significantly dropped in jurisdictions most affected by the Court's new restrictions. Prohibiting the use of deadly force to prevent the escape of someone who does not pose a risk of serious injury or death to anyone, as the Court did in Garner, resulted in no correlative uptick in police killings.

This Article attempts to excavate and reveal departmental rulemaking not only to challenge claims that rules are incompatible with regulating use of force, but also to suggest that departmental claims to expertise are overblown. Surfacing the rules that limit officer discretion shows that these rules not only are accessible to the layperson to consider but also could facilitate a broader conversation as to their justification and the values they reflect. Police have insights to contribute but are unequipped to unilaterally assume this responsibility. Civilians, psychologists, behavioral health professionals, civil rights attorneys, statisticians, sociologists, and historians have much to contribute, too. Unless the community served by officers is comfortable with the implementation of these rules, these rules should not govern police encounters. As the ABA Standards from forty years ago stated, “Decisions regarding police resources, police personnel needs, police organization, and relations with other government agencies should ... be made in a way that will best achieve the objectives and priorities of a particular locality.” The movement to make law enforcement democratically accountable--part of a larger project to disrupt features of the criminal system that contribute to structural oppression and social harm--can and should insist on public participation in the formation of rules, and any standards as well, to govern use-of-force practices.