Exploring a “Necessary Standard” for the Use of Excessive, Deadly Force by Law Enforcement: A Flawed Solution with Positive Potential 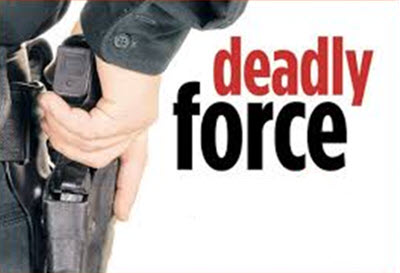 While the use of deadly force by police officers is an inherent practice within their profession, an unfortunate number of officers utilize inappropriate and unnecessary amounts of force, leading to unwarranted losses of life. With only a few officers being held legally accountable each year, such violence is predominately left unchecked. In the 1980s, the United States Supreme Court ruled that law enforcement can utilize deadly force in circumstances in which it is reasonably believed that the officer or another is in imminent danger. While this is an objective standard, the reasonableness of an officer's actions is judged from the viewpoint of a reasonable officer under the same circumstance. In application of these decisions, a high volume of police officers have still not been held accountable for their arbitrary uses of force. While there are many factors that lead to the lack of accountability, prosecutors and jurors simply have a difficult time finding officers liable under the Garner & Graham standard.

Until 2019, no state had made an attempt to revise or implement a standard that could produce better accountability for such officers. In fact, twenty-two of the states have adopted the reasonableness standard, while the other twenty-eight have failed to update their laws to the standard set forth in Garner & Graham or altogether failed to implement legislation of permitted uses of force. In 2019, California's legislature passed a new law that requires officers to use deadly force only when it is a necessity, an attempt to eradicate the failing reasonableness standard. California's reaction to excessive force by officers is the country's first attempt to implement stricter standards since the Supreme Court decided Tennessee v. Garner and Graham v. Connor.

Under this new standard, the California legislature has attempted to create a more stringent requirement than what was created by the Supreme Court. Instead of assessing a police officer's conduct under the reasonableness test, California has implemented a necessary standard, only allowing officers to utilize lethal force when it is a necessity. While this new law is appealing on its face, the reality is that this law likely will not produce a result different from that of the reasonableness test. In its application, the legislation lacks clarity and fails to define what California intended to be “necessary.” Rather, the legislature used the term “reasonable” several times in the law's explanation, simply just reiterating the already-utilized reasonableness standard. Instead of creating a workable standard, California has only muddied the current law, compelling courts to implement the antecedent standard or interpret “necessary” as they deem appropriate, which has led to inconsistent results. Further, the ambiguity fails to notify law enforcement on how they can lawfully implement force.

Due to the imprecise nature of the law, both large advocacy groups and family members of excessive force victims pulled their sponsorship and support of the “necessary” standard before it was even passed. Specifically, advocacy group BlackLivesMatter, an original sponsor of the law, removed its support following numerous amendments to the bill that resulted in “meaningless” legislation. Family members of police violence victims also noted that the vagueness of the new law requires judicial interpretation, requiring more citizens to fall victim to excessive force before a viable standard is created. The brother of Stephon Clark--the victim who inspired the legislation--indicated how watered down the new law is compared to the original proposed bill. Disapproval by the advocacy groups and the general public clearly indicates the probable failure of section 835 for curbing excessive lethal force.

Furthermore, section 835 implements a standard already rejected by the Supreme Court. Within the new law, California has attempted to resurrect a provocation standard, allowing judges to consider the officer's actions leading up to the use of force. Thus, courts can find the officer guilty of excessive force-even when the force on its own was determined to be necessary--if the officer “provoked” the situation. The Supreme Court has already expressly rejected California's attempt to create a provocation rule in 2017. There, it found that a court can base its finding on the force used alone, as the actions of the officer prior to the force is incompatible with an excessive force analysis. Thus, California's new legislation violates the Supreme Court decision that already rejected such judicial considerations.

Instead of focusing on producing an after-the-fact standard, states should focus their resources on reducing excessive force before it occurs. Rather than solely relying on deterrence, states and localities should be equipping officers with the proper training, support, and knowledge to utilize other tactics before implementing deadly force. This includes mandated de-escalation training, psychologist services and training, and pre-employment screening. After implementing resources to stop police violence before it happens, the California legislature should amend section 835 to better define and separate the necessary standard from the reasonableness standard. Then the legislature should create special prosecutors and civilian boards to ensure responsible officers are held liable and biases are not allowed to hinder an equitable result. Overall, because the law has only been applicable for a limited time, there is no accurate way of knowing the implications and accurate results of the new standard. While predicted to fail, the law will likely still have a positive effect, motivating the rest of the Nation to create a workable standard that could have beneficial results.

In regard to current literature, this article is the first to discuss and criticize the newly passed California law and the first to offer a solution to correct the flaws within the legislation. Part I provides the historical background of the use of police excessive force, discusses two contrasting examples of lethal force by recent officers, and offers statistical evidence to present the current problem of excessive force by police officers in the United States. This section also discusses the legislative reaction by the states and the federal government that has attempted to curb this rising and prominent problem, including California's specific legislative and judicial history as well as California's new excessive force standard.

Part II discusses the new California law, considering how the law provides a current and efficient standard for police misconduct but also illustrating the shortcomings of the bill. Such shortcomings include (1) the legislature's failure to adequately define the new standard, which will lead to inconsistencies in its application, (2) the number of amendments prior to the bill's passage, which led to removal of significant support, and (3) the prior rejection of part of the new standard by the Supreme Court. Part II then proposes creating comprehensive before-the-fact solutions before a shooting occurs and then amending the California legislation to create a better standard. The California legislature should focus on measures to reduce deadly force before it occurs, in addition to introducing a standard to be used to judge deadly police force after the fact. California should revise the standard to provide a definite guideline and appoint special prosecutors and civilian review boards.

It is clear that the necessary standard in section 825 likely will not result as California intended. However, since the law has only been in effect since January 2020, it is difficult to speculate what the actual outcome will be. Unfortunately, until an officer utilizes excessive deadly force within California, or departments use the law to train officers, there is no accurate means to predict results. However, section 825 is the Nation's first attempt to implement a more restrictive law than what was established in Garner and Graham. Hopefully, others will begin to follow in suit and create a workable standard that is likely to establish a significant decrease in the use of excessive deadly force.