Trapped in the Shackles of America's Criminal Justice System 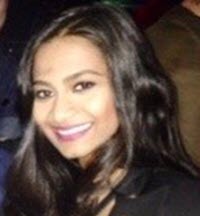 The United States has the highest rate of incarceration in the world. However, mass incarceration does not affect all communities equally. Socioeconomic inequity fueled by the history of racial bias in the United States combined with policy changes from the “tough on crime” era further fragmented and destroyed black communities. Fifty years after passing the Civil Rights Act of 1964, black men are more likely to be institutionalized than they are to be employed. According to a 2013 Pew Research Center study, black men are six times more likely than white men to be incarcerated in federal, state, and local jails.

This Comment focuses on structural barriers resulting from incarceration for minor offenses in the State of Texas, and the disparate effects of those barriers on the African-American community.

The Thirteenth Amendment of the United States Constitution was ratified in 1865 and provides: “[n]either slavery nor involuntary servitude, except as a punishment for crime whereof the party shall have been duly convicted, shall exist within the United States, or any place subject to their jurisdiction.” The “prisoner-labor exception clause” and the 2.2 million prisoners in the current American justice system have an interrelationship that is traceable to codified policies intended to serve the needs and objectives of political elites.

Who is a criminal? Perhaps the answer is an unoriginal idea that has been manufactured over time to be interpreted in a negative way as applied to a particular group of people. This Comment explores the collateral consequences resulting from racially motivated legislation and policy-making aimed at criminalizing African-Americans and other minority members of our society.

After the passage of the Thirteenth Amendment, four million enslaved people were freed, representing the end of an integral component of the Southern economic system. To perpetuate the exploitation of freed slaves, white male businessmen created many myths of the black males. Films, such as The Birth of a Nation, glorified the Ku Klux Klan and portrayed black men as animalistic cannibals who were a violent threat to white women, furthering the dangerous Negro male stereotype. Historians identify this “Southern strategy” as an effort, devised by the Republican Party, to win votes from poor Southern whites to transform blatant racism into legally enforceable segregation. As a result, many African-Americans migrated to northern cities as refugees of racial terrorism in the South. Since the migration was forced by terrorism rather than economic opportunities, their community needs were never addressed by local authorities, ultimately leading to generational poverty. African-Americans became second-class citizens, bearing a burden that was so injurious to economic development within their race. [. . .]

The War on Drugs was the beginning of America's draconian approach to illegal drugs, resulting in mass incarceration of American citizens. The “war” was started by President Nixon from a compelling urge to fight back against black activist groups in the 1970s. Continuing the “tough on crime” platform, President Ronald Reagan and First Lady Nancy Reagan launched the “Just Say No” anti-drug campaign. The campaign promise was implemented through a national drug education program called Drug Abuse Resistance Education (DARE) founded by Los Angeles Police Chief Daryl Gates, who believed “casual drug users should be taken out and shot[.]” Because federal policies target illegal drugs, federal and local law enforcement focus on non-violent drug possession offenses.

For over a century, the dissemination of violent atrocities allegedly committed by African-Americans permeates and conditions society to perceive African-Americans as a threat. Subsequently, instead of addressing this unfounded fear, the destructive misperception fueled legislative action for decades. Although the Civil Rights Act was a major step toward equality for the African-American community, systematic barriers to progress sparked protests in Ferguson, Missouri, and were later substantiated by the Department of Justice findings.

Although the Thirteenth Amendment abolished slavery and the Civil Rights Act encouraged equality, the gains are offset by misperceptions of African-Americans. When so many opportunities, benefits, and punishments are disparately affected based on one's immutable racial trait, the collateral consequences of conviction are recurring examples of injustice. Not only does this become a social problem, but a constitutional problem as the American legal system weighs heavily on precedent, further supporting what was once said by Martin Luther King Jr., “injustice anywhere is a threat to justice everywhere.”

Criminal punishment is generally based on four theories: deterrence, retribution, rehabilitation and incapacitation. Most of America's criminal justice policies are rooted in deterrence, incapacitation, and retribution, which contribute to establishing the U.S. as the nation with the highest rate of incarceration. Shifting the criminal justice theory to rehabilitation, with emphasis on integrating ex-offenders into society, can limit collateral consequences of incarceration and reduce recidivism rates. It is pertinent to remember that ex-offenders are human; equipping them with transferrable employable skills enables them to escape the trends of recidivism and subsequently benefit society as a whole.

Ex-offenders, by definition, served their time. Therefore, ex-offenders should not be punished with collateral consequences following the successful completion of their sentence. Without skills and opportunities that provide an alternative to recidivism, the cyclical criminalization of African-American men will perpetuate. Until public officials recognize the effect of short-sighted enhancements of particular (and unnecessary) criminal laws that have a disparate impact, African-Americans will continue to suffer social, economic, and political losses.