Do I Look like I Have an Attitude? How Stereotypes of Black Women on Television Adversely Impact Black Female Defendants Through the Implicit Bias of Jurors

Excerpted From: Fanta Freeman, Do I Look like I Have an Attitude? How Stereotypes of Black Women on Television Adversely Impact Black Female Defendants Through the Implicit Bias of Jurors, 11 Drexel Law Review 651 (2019) (Law Student Note) (349 Footnotes) (Full Document Not Available) 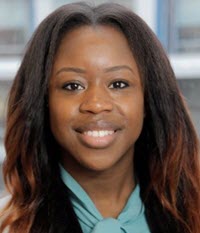 You've seen her: the eye-rolling, head-bobbing, finger-wagging black female who can't seem to get along with anyone. The woman who can't keep her fists to herself and calls every other person a bitch. If you have caught a glimpse of reality television, you are probably familiar with this “SWA” (Sista with an Attitude). Reality television shows reach millions of viewers each week, but are far from reality. These shows are often heavily scripted and then heavily edited to present narratives that yield high ratings by eliciting drama, often at the expense of black women. By amplifying and highlighting negative stereotypes of black women as combative, argumentative, and loud, reality television creators have successfully attracted viewers and increased exposure to these negative stereotypes. While viewers invest themselves in what they know to be a contrived reality, “their gaze is focused on Black women,” and they may be subconsciously internalizing stereotypes, leading viewers to create or affirm beliefs about black women in society.

Reality television is defined as “programm[ing] about ordinary people who are filmed in real situations, rather than actors.” It has become a sinful pleasure, providing viewers the “ultimate escape” and allowing them to live vicariously through reality television stars. Reality television-- which depicts anything but reality--has the potential to seem more believable than reality, especially because of its ability to respond to social issues and its purported purpose of broadcasting the “real” lives of its cast members. Despite its problematic nature, reality television has a large fan base, which suggests that the shows appeal to many different types of people--people with different levels of exposure to diverse people, experiences, and opinions.

This Note argues that the unconscious absorption of negative stereotypes concerning black women may leave a black female defendant more vulnerable to preconceived judgment if jurors with inaccurate beliefs are not either (1) made aware of their biases, or (2) filtered out prior to sitting on the jury. Therefore, this issue can be mitigated not only by identifying potential jurors who may have developed biases due to their television-watching habits and do not interact with black women on a regular basis, but also by creating awareness of those biases.

The jury selection process does not target implicit bias in an effective manner. If a juror believes black women are hot-tempered, combative, and uncooperative, that juror may import his or her bias, and believe punishment is appropriate without giving credence to the facts of the individual case. As it stands, the jury-selection process does not target implicit bias to the degree necessary to identify jurors who--due to great exposure to stereotypes and limited exposure to black women--may be biased during decision-making.

If the judicial system does not work to identify and strike jurors with deeply-engrained biases about black women, it is violating black female defendants' constitutional right to an impartial jury. Black women have a unique history due to the intersectional nature of their identity. This history has led to the development of pervasive and harmful stereotypes that are unique to black women, and for that reason, the issues facing black female defendants because of their identity warrant special attention. If implicit bias is tolerated, black women are being failed by the legal system and denied justice. Voir dire must evolve to target implicit bias in order to ensure more impartial juries.

Black women account for 13.7% of the U.S. population, yet constitute 36% of female inmates in prison. Research has not explicitly correlated negative perceptions of black women with higher rates of imprisonment and longer sentences. The racial disparity demonstrated statistically, however, suggests that factors other than the facts of a case-- such as societal perceptions of black women, as argued here--contribute to the racial disparity in the prison population. Although the rate of imprisonment of black women has decreased overall, black women are still imprisoned at twice the rate of white women. Black women are also given sentences that are, on average, four to five months longer than those given to white women. Although this Note does not focus on the harsher sentencing of black women, these statistics demonstrate the importance of exploring the intangible factors that impact black female defendants' liberty.

Statistics demonstrate that white Americans support harsher punishments for black Americans due to their perceptions concerning the amount of crime committed by black people. In fact, one report found that “[w]hite Americans consistently overestimate the proportion of crime committed by persons of color.” Further, black people are more likely to be considered “violent, hostile, and aggressive” by white people. The fact that non-black individuals harbor these perceptions about black people emphasizes the need for voir dire to identify potential jurors who harbor implicit biases.

This Note discusses how narrating black women through two contrived stereotypes--the “Jezebel” and the “Sapphire”--can have a detrimental effect on black female defendants. Part I explores current images of black women on television and the stereotypes explicitly perpetuated through black female characters. It then discusses the television-watching habits of Americans and how these habits relate to the internalization of stereotypes and the formation of implicit bias. Part II provides a brief history of how the legal system has treated black women, including past and current case law about juror bias. It goes on to explain how discriminatory legal precedent relates to the current voir dire process. Finally, Part III of this Note analyzes how voir dire fails to attack implicit bias to the degree necessary to protect black female defendants, and argues that change is needed in the voir dire process to ensure that black female defendants are not unjustly evaluated.

While there is potential for lawyers to abuse their ability to eliminate jurors based on implicit and explicit racial bias, this Note suggests that any information revealing juror bias not be a determinative factor for excluding a person to serve on the jury, but rather be used to identify potential jurors who may have biases toward black women. The revelation of these biases and the identification of these jurors should be followed by questions to gauge jurors' ability to be impartial, while educating them about the impact of their implicit biases. These additions to the voir dire process would not only inform jurors about biases they may possess, but also challenge jurors to hold themselves accountable when evaluating the defendant.

Black women are situated in a unique position in society and regarding the law. They have been hailed into a position in society which originates from a time in which they did not have control over their bodies, actions, or lives. The stereotypes derived from that era continue to plague them, even when they are productive members of society. The portrayals of black women on television contribute to these beliefs, and although research has established a connection between television-watching habits and stereotyped notions of reality, little has been done to mitigate against these stereotyped views. Consequently, it is imperative that the voir dire process incorporate techniques to reveal prospective jurors' consumption of stereotyped portrayals of black women.

Television exemplifies how black women have been categorized into blunt stereotypes that do not show complex individuals. Recall Amos n' Andy, a television show which portrayed a black woman as the “Sapphire” stereotype. Sapphire is brash, loud, emasculating, and angry. Today, the Sapphire stereotype is most palpable in reality television shows like Bad Girls Club, where the black cast members are portrayed as rough and violent in juxtaposition to the sweeter and kinder white cast members. Even when stereotypes are not as explicitly embodied, shows like Scandal reveal that the Sapphire and Jezebel remain a subtle specter of historical oppression. The consumption of television with these stereotypes provides a skewed sense of black femininity to viewers who do not regularly interact with black women.

Black women are not just poorly portrayed on television--they suffer immensely when these stereotypes are incorporated into the legal system. History shows that black women have faced difficulty in bringing claims against sexual violence, as the Jezebel stereotype made claims of rape difficult to believe. Instead, the sexual proclivity of the Jezebel seemed to justify the abuse suffered by a black woman. Not only are black women not believed when victimized, but they are also not believed when they are defendants. Black women face more frequent conviction and harsher sentences. When considering the cultural stigma imposed upon black women, and the disadvantaged position they occupy in the legal system, confronting implicit juror bias in an inexorable necessity.

The voir dire system can, and must, be modified to more meaningfully address the implicit bias of jurors. The present voir dire system does little to truly reveal critical racial prejudices harbored by prospective jurors. The system as currently practiced asks jurors un-insightful or cryptic questions and expects jurors to provide introspective responses in return. Instead of adhering to this system, open-ended lifestyle inquiry can alert judges, lawyers, and jurors alike to previously unknown or unacknowledged racial bias.

As demonstrated in this Note, black femininity is a complex, ever-evolving paradigm. The fact that white women have set the standard of femininity throughout generations requires black femininity to be analyzed on its own, Sapphire, Jezebel, and all. For that reason, this Note focused not on the stereotypes themselves, but rather on the dangers of imbalanced portrayals of a people. Although there is a deficit in the research conducted about black female defendants, there is a surplus of history which demonstrates the harsh realities black women face in American society and in the justice system. Black women's lives hang in the balance, making it imperative to understand how television-watching habits might help reveal the implicit biases of a prospective juror. If America is truly about “liberty and justice for all,” that will entail a closer look at a group of mistreated, forgotten citizens and, more importantly, action to restore them to their rightful status as citizens deserving of liberty.