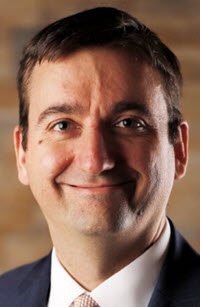 At 9:05 p.m. on July 6, 2016, Officer Jeronimo Yanez with the St. Anthony, Minnesota, police department activated his squad lights to pull over a vehicle driven by Philando Castile. Officer Yanez stopped the vehicle because he believed that Castile matched the description of a suspect from an armed robbery about a week prior. Officer Yanez later explained his suspicion was based on the facts that Castile was African American, appeared to have dreadlocks, and had a “kind of a wide set nose.” After stopping Castile's vehicle, Officer Yanez approached and smelled what he believed to be burnt marijuana. He also noticed that the passenger was a female and that a young child was in the back. Officer Yanez informed Castile that he was stopped due to a broken taillight and asked for his license and registration. Castile informed Officer Yanez that he had a gun and reached between his right leg and the center console. Officer Yanez suspected Castile was reaching for his gun, in part because of the burnt marijuana smell, and informed Castile to stop reaching several times. Both Castile and his passenger responded several times that he was not reaching for his gun. Officer Yanez then fired seven shots at Castile. Castile died about twenty minutes after the shooting. The entire traffic stop lasted less than one minute.

Prior to his fatal traffic stop, police officers had stopped the thirty-two-year-old Castile forty-six times, all pursuant to traffic stops. According to an analysis performed by National Public Radio, only six of these traffic stops stemmed from suspicions that could have been observed from outside of the vehicle. Castile's history with law enforcement and his subsequent death at the hands of the police highlight the issue of racial bias in traffic stops. This article asks what allows police officers like Officer Yanez to make traffic stops based on their suspicion that drivers like Philando Castile share a hair style and a broad nose with an armed robbery suspect? What consideration, if any, is given or should be given to the personal experiences of the driver in how the police officers conduct traffic stops? If the United States Supreme Court sanctions such racial bias in traffic stops, could and should states abandon the Supreme Court's framework and protect their own drivers from such racial bias?

These issues of race and police activity are especially relevant in North Carolina where the racial disparity in traffic stops and subsequent searches is dramatic. After a series of racially charged traffic stops in the 1990s, the North Carolina legislature mandated that police departments report racial data involving each effectuated traffic stop. Social scientists recently aggregated this data and found that over a twenty-year period in North Carolina, blacks constituted about 22% of the population but accounted for 32% of all traffic stops. In 2010 alone, the odds of a given white person being stopped by police were 13.4% whereas blacks' 21.9% chances of being stopped were much higher. Once stopped, blacks then faced a much higher likelihood than whites of being searched. Over the twenty-year timeframe, North Carolina police conducted 700,000 searches pursuant to a traffic stop. White drivers were searched 2.35% of the time they were stopped. Black drivers were searched 5.05% of the time. The disparity becomes even greater when the traffic stop was made for investigatory purposes as opposed to safety purposes. For investigatory stops, black drivers faced a 170% increased chance of being searched compared to whites.

These studies reflect that the social phenomenon of “driving while black” is a reality for North Carolina black drivers. Black drivers are disproportionately stopped and searched as compared to white drivers. Acknowledging that there are cultural, sociological, and structural issues that account for the problem and the solution, this article instead focuses on the legal frameworks in place to govern traffic stops and the normative legal alternatives available to address it. Specifically, the racial disparity found in the amount of traffic stops and searches in North Carolina is largely the result of a conflicted traffic stop framework established by the U.S. Supreme Court and that a solution may be for North Carolina to abandon that framework and establish its own.

On one end of the framework, the U.S. Supreme Court created a seemingly objective-based standard throughout the traffic stop process that gives deference to the subjective beliefs and experiences of an individual police officer. On the other end of the framework, the U.S. Supreme Court minimally considers the historical and personal experiences of the driver. Here, the U.S. Supreme Court fails to make a simple recognition: the black experience with police is different and unique from the white experience. It is impacted and formed by the historical legacy of slavery, Jim Crow, and the era of mass incarceration. It is defined by the constant and repeated traffic stops incurred by today's black drivers. The traffic stop framework must reflect that difference in experience, but it does not. Instead, it treats drivers as colorless non-entities, all sharing the same life experiences and expectations of encounters with police officers. When the two ends of the framework intersect, behavior on the part of black drivers that reflects historical and personal experiences with police officers then provides a reasonable basis for a police officer to stop the driver and to escalate the stop to a search of the vehicle.

North Carolina serves as an example of both the potential successes and downfalls of traffic stop federalism as a normative solution to the U.S. Supreme Court's conflicted framework. As the ninth most populous state, North Carolina has a growing minority population, and a history that encompasses the black experience in America. Its courts have recognized that it has the authority to interpret its own constitution independently and more broadly than the U.S. Supreme Court's interpretation of the Fourth Amendment.

While this article focuses on North Carolina to address the legal frameworks in place to govern traffic stops and the normative legal alternatives available to address the racial disparities in stops and searches, the lessons learned from North Carolina are applicable nationwide. The driving while black phenomenon is not limited to North Carolina. A study focusing on Kansas City traffic stops found that police officers stopped 24% of all black drivers per year compared to 12% for whites, while a Missouri investigation revealed that blacks were 85% more likely to be stopped by police. Additionally, social scientists surveyed 2,324 drivers and found that black men are “by far the most likely to be stopped for investigatory reasons.” Their study concluded that over the course of a year, an African American man who is less than 40 years old and is driving an older luxury car has a 44% likelihood of an investigative stop. A similar white man driving any other vehicle has an 8% chance of such a stop, and a white woman has only a 4% chance.

This nationwide problem devolves to the majority of states with traffic stops being a predominately state function. Equipped with their own constitutions, cultures, and experiences, states are then presented with the opportunity to exercise traffic stop federalism to protect their own black drivers. North Carolina's consideration and rejection of such a normative approach can guide these state Supreme Courts in their own consideration of adopting a broader traffic stop framework that better protects their black drivers. Perhaps, too, an increase in states exercising traffic stop federalism may trigger the U.S. Supreme Court to reconsider its own framework.

This article proceeds along the progression of a traffic stop.

Part I discusses the U.S. Supreme Court's framework for the initiation of the stop, North Carolina's interpretation of this framework, and how this framework intersects with the black experience to legitimize racially based traffic stops.

Part II transitions from the initiation of the stop to the police conducting an investigation of the driver and the vehicle. This part focuses on the U.S. Supreme Court's framework for using drug dogs to establish probable cause to search a vehicle, and the use of reasonable suspicion to continue holding a driver past the purpose of the traffic stop. After discussing North Carolina's interpretation of this framework, this part next analyzes how the framework affords deference to the subjective beliefs of law enforcement and no such deference to the black experience.

Part III concentrates on consent-based searches and the framework established by the U.S. Supreme Court and North Carolina Supreme Court to assess whether consent is voluntarily given. This part concludes by examining how these tests fail to consider black experiences with police in determining the voluntariness of consent.

Black drivers are disproportionately stopped and searched by police officers. While this is a nationwide problem, the racial disparity is especially prevalent in North Carolina where black drivers are stopped disproportionate to their population and are subsequently searched more than twice as often as white drivers. The legal cause of this racial disparity is the conflicted traffic stop framework established by the U.S. Supreme Court. Throughout the traffic stop framework, the U.S. Supreme Court endorses the subjective beliefs of a police officer by allowing the police officer to follow a vehicle based on a “hunch.” An officer's history and background turn innocent factors into suspicion, which support the initial stop, prolong the stop for a drug dog, and leave it to the individual police officer to determine whether to use a drug-sniffing dog. Meanwhile, this framework does not consider the subjective beliefs, formed by the black experience in the United States, of the black driver. It fails to consider a black driver's inherent nervousness and fear of police officers and how it may impact their driving, their behavior during the stop, and his or her willingness to consent to a search. When these ends of the framework intersect, it results in the behavior of the black driver who is impacted by his or her subjective beliefs and fears of police officers forming the basis for additional police interference.

The appropriate normative legal solution to fix this problem is traffic stop federalism. North Carolina courts could interpret its state constitution and ask the following questions to protect its black drivers: Whether a reasonable police officer would have made the stop? Whether the conduct deemed suspicious by the police officer was instead innocent conduct reflecting the subjective fears of the black driver, only made suspicious by the officer's implicit racial bias? Whether reasonable suspicion supported the use of a drug dog? Whether there was probable cause to prolong a stop to wait for the drug dog? And, whether some suspicion must be required to ask for consent or even whether a black driver could ever truly consent to a police officer's request?

North Carolina courts repeatedly refused to ask any of these questions and instead blindly acquiesced to the conflicted framework established by the U.S. Supreme Court. The result is that black drivers will continue to be stopped and searched and that cycle of negative police encounters with black drivers will continue. Blacks will continue to be fearful and distrustful of the police in North Carolina, and the outward manifestation of these subjective beliefs will subsequently provide more objective support for police officers to continue with the constant stopping and searching of black drivers.

Although North Carolina courts appear to reject traffic stop federalism, its experience is relevant to its legislature, other states, and the federal judiciary. The U.S. Supreme Court framework is failing black drivers and perpetuating distrust between law enforcement and the black community. Through seeing the failure of its court system, the North Carolina legislature can abandon the U.S. Supreme Court's framework through legislative reform. Other states can heed North Carolina's warning call and implement traffic stop federalism when their constitutions make it appropriate. Lastly, the federal judiciary should look at the North Carolina experience to see the failure of its framework and to instead endorse the rights of black drivers, which they should have been protecting all along.