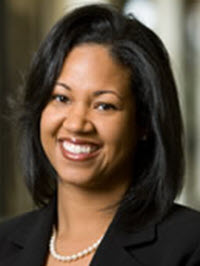 Each author featured in this issue of the Wake Forest Journal of Law & Policy explores different aspects of the criminal justice system in the United States, and they come to the same conclusion that there is widespread consensus that in order for our system to fully embody the ideals of our nation and our great Constitution, critical reforms must occur at every stage within the criminal justice process.

There is currently strong momentum and bipartisan support to encourage changes that will impact not only those currently imprisoned, but also those in the pipeline to prison, and recent policy shifts suggest that we are at a crossroads in criminal justice. However, meaningful reforms will occur only with bold and innovative solutions at each stage of the criminal process, beginning with policing, which represents the entry point into the criminal justice system. Ensuring humane treatment of those convicted and sentenced to prison for their crimes, as well as providing needed services to ease the transition of those reentering society from prison, are all on the reform agenda. Policymakers have announced several important criminal justice policy changes that signify that the nation is indeed in the midst of a “criminal justice revolution.” My introduction will contextualize the articles and discuss how the proposals they analyze compliment these recent policy shifts and embody the types of changes needed to ensure sustainable and effective criminal justice reforms.

Calls for criminal justice reform reached a fever pitch over the last several years. While many criminal justice advocates have long argued that the United States incarceration rate is unsustainable, the publication of Michelle Alexander's book, The New Jim Crow, in 2009 broadened the audience for this position and arguably generated a greater awareness of these issues among the general public. In 2014, after Ferguson police officer Darren Wilson shot and killed unarmed teenager Michael Brown, protestors demanded justice. The heavy-handed police response to those initial protests sparked another debate about aggressive police tactics used in communities of color. Similarly, the police response highlighted local police departments' increased access and use of military equipment. After Michael Brown's death, a series of high-profile deaths of unarmed black boys and men, including Tamir Rice, Eric Garner, Freddie Gray, and Walter Scott, as well as the suspicious death of Sandra Bland in Texas, dominated the news cycle. No longer could the nation ignore the crisis occurring within the criminal justice system. Thousands of protesters marched nationwide to demand a more democratic and impartial criminal justice system. It has long been established that when citizens do not believe in the legitimacy of the criminal justice system, there is a profound impact on the ability to form valuable, mutually beneficial relationships between law enforcement agencies and citizens. Thus, the nature and tenor of these protests, as well as the sophisticated level of organized activism, signaled that the status quo in the criminal justice system was nearing an end.

Over the last several years, the federal government has played an important role in setting the tone for criminal justice reform. The U.S. Department of Justice (“DOJ”) undertook an extensive review of the Ferguson, Missouri, and surrounding police departments and also examined the local court system. The DOJ findings revealed some of the most unconscionable and egregious practices currently prevalent within the criminal justice system. These practices that cause low-level, non-violent offenders to spend months or years in jail not only contribute to mass incarceration, but also take a detrimental toll on the communities by exacerbating tensions between citizens and police. Unfortunately, the practices elucidated by the Ferguson report are not limited to that jurisdiction. Many court systems employ such practices, and on March 14, 2016, the DOJ issued a “Dear Colleague” letter highlighting the harms that illegal enforcement of fines and fees exacts on individuals and communities, such as “escalating debt ..., unnecessary incarceration for nonpayment despite posing no danger to the community,” and job loss. The letter provides guidance to judicial actors, central among which is the admonition that “courts must not incarcerate a person for nonpayment of fines or fees without first conducting an indigency determination and establishing that the failure to pay was willful,” as well as the requirement that “[c]ourts must consider alternatives to incarceration for indigent defendants unable to pay fines and fees.”

The federal government also took the lead in exploring the underlying causes of community-police tensions. In a direct response to the spate of police shootings beginning with Michael Brown, President Obama convened the President's Task Force on 21st Century Policing to address community-police tensions. The Task Force addressed ways in which local police departments could implement community policing as well as build the trust and legitimacy that was so clearly lacking in many communities. President Obama also signed an important Executive Order that signaled a policy shift in addressing aggressive police tactics that might alienate community members. On January 16, 2015, Executive Order No. 13688 placed limits on the types of military equipment local law enforcement agencies could use as well as a requirement that local jurisdictions promulgate guidelines on their use. Finally, in order to increase transparency and accountability, the federal government announced that it would provide over $70 million in funds to be distributed to local government to buy police-worn body cameras and train police officers in their use. In limited studies, police-worn body cameras have been linked to a decrease in complaints against police officers.

There have also been important advances in the treatment of juveniles. For example, President Obama issued a statement in January 2016 that he was adopting the Attorney General's recommendation to ban solitary confinement for juveniles. The Supreme Court has announced decisions that signal small, incremental improvements for juvenile justice. In Miller v. Alabama, the Supreme Court prohibited mandatory life sentences for juveniles. The Supreme Court's recent decision in Montgomery v. Louisiana announced that this rule would apply retroactively, so those who had already been sentenced would have the opportunity to challenge their sentences.

In addition to governments and courts, the public has used the power of the vote to address concerns within the criminal justice system, and local communities delivered a clear message in several recent local elections. In October 2014, Officer Jason Van Dyke fatally shot LaQuan McDonald, who was armed with a small knife. McDonald was shot sixteen times in fifteen seconds. Nearly a year passed before Cook County State Attorney Anita Alvarez brought charges against the officer, and the charges came only after the release of video footage capturing the shooting. Allegations of a citywide cover-up followed, and Alvarez failed to win reelection on March 15, 2016. Similarly, Tim McGinty was not reelected as prosecutor after handling the case of the officers who shot twelve-year-old Tamir Rice only thirty seconds after responding to a call about a man with a gun; Rice was actually carrying a toy gun.

The contributions in this issue focus on some of the most salient issues facing the criminal justice system, and they offer proposals aimed at unraveling the tapestry woven by the failed policies and unsound practices that foster aggressive police tactics, mass incarceration, and the harsh treatment of prisoners.

The disparate impact that many current practices prevalent in the criminal justice system have upon racial minorities cannot be ignored. William Chin explores the significance of the cumulative impact of racial discrimination and the dangers this poses on racial minorities. Chin argues that “racial bias occurs at multiple stages of the criminal justice system,” and he explores these stages beginning with the school-to-prison pipeline and ending with capital punishment. Chin argues that in order to remedy this pernicious discrimination that has become entrenched throughout the system, remedial measures must be considered at each stage, and states must begin to require racial impact statements to discern the impact of certain policies. Finally, Chin argues that because of the racial bias within the context of capital punishment, the death penalty must be abolished.

The federal government's substantial infusion of funds directed toward local communities for the acquisition of police body-worn cameras and officer training related to their operation ensures that these cameras will become standard issue in many departments over the next few years. While these cameras have the potential to increase accountability, Ryan Pulley provides keen insights into the use of technological advances and how these advances, including police-body worn cameras, might help citizens preserve their rights. Pulley also considers the shortcomings of some technological advances and concludes that the federal government can and should play a role in training local communities with respect to these new technologies.

Routine stops by police officers have also come under scrutiny. Madison Coburn argues that states should not adopt the holding of Heien v. North Carolina--that a law enforcement officer's mistake of law constitutes reasonable suspicion--and instead should extend greater individual privacy protections. Coburn considers the incompatibility of Fourth Amendment jurisprudence and governmental separation of powers with the holding of Heien.

Finally, Jeffrey Wennar offers a thoughtful counterpoint to the chorus of voices calling for reform. Although Wennar agrees that the nation's “criminal justice system is in need of restoration through adjustment in order to assuage those who have lost faith in the system's ability to carry out its objectives,” he maintains that, despite certain polarizing events with respect to policing, the “democratic ethos” of the United States--demonstrated in its constitution, elected legislatures, and judicial oversight--prevents the United States from becoming a police state. Wennar offers a critique of the shortcomings of pending legislation entitled the Safe, Accountable, Fair, and Effective (“SAFE”) Act of 2015. The purpose of this Act is to “improve safety, accountability, transparency, and respect” for federalism through application of the bipartisan Over-Criminalization Task Force. Wennar's article describes how several features of the SAFE Act fail to meet the objectives of the legislature, and he includes several proposals including increased training to meet the objectives.

As the nation grapples with the complex problems to restore trust and legitimacy to law enforcement and our criminal justice system, there are myriad reforms for policymakers to consider. The reforms must be bold, innovative, and most importantly, comprehensive in order to touch all aspects of the criminal justice system and ensure meaningful changes. The proposals these authors have offered for reform will make a substantial contribution as criminal justice advocates continue to strive for effective and sustainable reform.

Professor of Law and Director of the Criminal Justice Program, Wake Forest University School of Law.