Excerpted From: Deionna Ferguson, That's the One!: An Analysis of Eyewitness Identifications in Missouri and Their Impact on Cross-Racial Identification, 63 Washington University Journal of Law & Policy 357 (2020) (234 Footnotes) (Full Document) 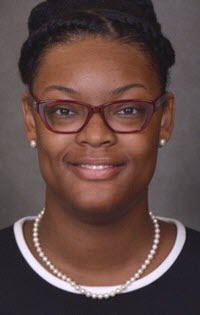 On August 9, 2014, Michael Brown, Jr., an African American man, was shot by Darren Wilson, a police officer, in Ferguson, Missouri. Ferguson is located within St. Louis County. A grand jury was called to determine if Officer Wilson should be indicted. Robert McCulloch, then the St. Louis County Prosecutor, provided the grand jury with evidence that included multiple eyewitness accounts. The eyewitnesses' accounts of the shooting were inconsistent, and at least one was motivated by racial biases. For example, Sandra McElroy testified that Michael Brown beat Darren Wilson before the officer shot him. But testimony later revealed that McElroy may not have been at the shooting and that she was biased against African Americans. Overall, the eyewitnesses were not credible, and some even admitted that their stories were false. In November 2014, the grand jury declined to indict Officer Wilson.

After Officer Wilson shot Michael Brown, activists began using the slogan “#BlackLivesMatter” to advocate against a police officer shooting an unarmed black teen. The term “#BlackLivesMatter” was used to protest police brutality and was expanded to include protesting the unjust treatment of African Americans in the criminal justice system. A report by the United States Department of Justice released shortly after Michael Brown's death supported that African Americans were being treated unfairly. The report showed how Ferguson's police department and municipal courts disproportionately discriminated against African Americans.

Lastly, Part III of the note suggests reforms that Missouri's enforcement agencies should adopt, which include creating a set of procedures for using double-blind administrations, providing instructions to eyewitnesses, using non-suspect fillers that are similar to the suspect's description, collecting confidence statements from eyewitnesses, and recording identifications.

In a dissenting opinion, Justice William Brennan wrote, “[T]here is almost nothing more convincing than a live human being who takes the stand, points a finger at the defendant, and says 'That's the one!”’ Justice Brennan's comment shows not only the strength of an eyewitness's testimony but also how dangerous it can be. Safeguards need to be put into place to prevent the impact that eyewitness misidentifications have on innocent people's lives, especially African Americans who have an increased likelihood of being misidentified by an eyewitness.

There are various factors that can contribute to wrongful convictions in cross-racial cases, most notably cross-racial bias. Since the advent of DNA evidence, large rates of African Americans have been exonerated because of eyewitness testimonies. Wrongful convictions decrease African American exonerees' participation within society, ruin their family ties, create psychological and economic problems, and decrease their trust within the legal system. Race has caused many African Americans to lose most of their lives in prison because of false eyewitness identifications. The fact that there is no coherent system in place to prevent this from happening in Missouri is a miscarriage of justice.

While states like Kansas, Arkansas, and Nebraska have recommended eyewitness identification reforms, Missouri has failed to adopt any reform measures. This is problematic because Missouri has seen bountiful evidence that reforms in eyewitness identifications are needed. Through Darren Wilson's indictment proceeding in Ferguson, the state of Missouri has learned that eyewitnesses are unreliable. This has also been evidenced by exonerations of innocent people who were wrongfully convicted due to eyewitness misidentifications. Since there is inconsistent research on how to eliminate or control cross-racial bias, my proposed reforms do not involve changing the eyewitness. Instead, my proposal suggests that the reforms involve preventable sources of error at the investigational level of an eyewitness's identification. These changes meet the aims of the #BlackLivesMatter movement by decreasing the disparity of African Americans treated unfairly by law enforcement due to eyewitness misidentifications. Therefore, Missouri law enforcement agencies should be mandated to create a set of procedures for using double-blind administrations, providing instructions to the eyewitnesses, using non-suspect fillers that are similar to the suspect's description, collecting confidence statements from the eyewitnesses, and recording identifications. All these reforms have been scientifically proven and adopted by others to act as a safeguard in protecting African Americans, and all other suspects, from being falsely convicted through cross-racial identification.