Filming the Police as Citizen-Journalists--A Tale of Two Heroes: What They Did, Why They Could Do It, and the Consequences for the Racial Divide in this Country

Excerpted From: Kermit V. Lipez, Filming the Police as Citizen-Journalists--a Tale of Two Heroes: What They Did, Why They Could Do It, and the Consequences for the Racial Divide in this Country, 22 Journal of Appellate Practice and Process 29 (Winter, 2022) (88 Footnotes) (Full Document) 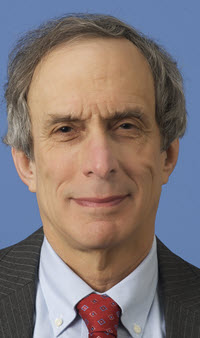 On Yom Kippur I gave a talk at the Etz Chaim synagogue in Portland, Maine, discussing a decision I wrote about ten years ago for the First Circuit, Glik v. Cunniffe. Although discussing an appellate opinion during a religious service on the holiest day of the year might seem an odd choice, I thought it was appropriate for several reasons. The Glik decision helped establish the right of a bystander in Minneapolis to take the shocking video of Officer Derek Chauvin killing George Floyd. That video, and others like it, have changed the nature of policing in this country, and they have intensified the debate about racial injustice.

We say this prayer on Yom Kippur:

The Glik case, and its implications, are all about justice--for individuals treated unjustly by the police, for those challenging the conduct of the police in the courtroom, and for a Black minority struggling with racism in this country. These issues are closely connected. As I explain those connections, I wish to emphasize that I have enormous respect for police officers and the indispensable work that they do. But I cannot tell the story that I wish to tell without casting a harsh light on some aspects of police work.

Of course, the videos taken by Darnella Frazier and Simon Glik were not inevitable. They could have looked away. They could have kept on walking. But they did not, and that is why they are heroes. They saw people suffering at the hands of the police and they felt an obligation to act, whatever the risks to themselves, by making a record of what they saw. For her heroism, Frazier was awarded a special citation by the Pulitzer Prize Board “[f]or courageously recording the murder of George Floyd, a video that spurred protests against police brutality around the world, highlighting the crucial role of citizens in journalists' quest for truth and justice.” Glik received a settlement of $170,000 from the City of Boston, and he changed police behavior when the City created a training video instructing police officers not to arrest people who openly record what the police are doing in public. Most importantly, Glik's heroism led to the court decision that said Darnella Frazier had a First Amendment right to be the citizen-journalist honored by the Pulitzer Board.

The examples of Frazier and Glik should be instructive for us, even if the consequences of our actions are more modest. We, too, should not walk away in the face of injustice. We should follow the command in Leviticus: “Do not stand idly by while your neighbor's blood is shed.” Elie Wiesel has elaborated on this command:

When you hear of a person or a group being persecuted, ... [w]hen there is something wrong in the community around you--or far [a]way--do not stand idly by. You must intervene. You must interfere.

As I have suggested, the problem of racial injustice in this country demands our intervention, our interference. There is so much unfinished business that requires our attention and our action. We should pledge that we will not “stand idly by.” That biblical command is the burden and blessing of our humanity.