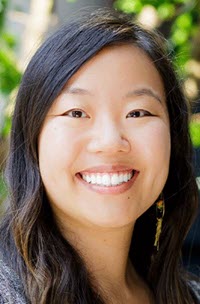 In 2011, Willie Ray Banks pleaded “I can't breathe” after the police repeatedly tasered him and pinned his body to the ground. One police officer responded, “If you're talking, you're breathing--I don't want to hear it.” Another officer denied that Banks was dying and offered to “give a damn trophy out if he does.” Banks became unresponsive before the police delivered him to the jail in Burnet County, Texas, and he was soon thereafter pronounced dead.

This choice echoes across the history and institution of policing. Pointing to the failure of traditional reforms to abate the brutality of policing, organizers have turned to abolitionist frameworks to guide their communities' demands for transformative change. Calls for police abolition grew in fervor after the 2014 police killings of Black community members inspired mass uprisings, and they surged when the 2020 police killings of George Floyd, Breonna Taylor, Tony McDade, and Rayshard Brooks sparked a renewed reckoning.

In the wake of the growing power of abolitionist organizing, more legal scholars are analyzing abolitionist frameworks in their critiques of traditional reforms. However, many voices continue to disregard police abolition as an unrealistic demand. Critics have dismissed abolition as “naive,” nothing more than a “snappy slogan” incapable of soliciting broad support, or a “pie-in-the-sky imagining[]” unrooted in reality. Such criticisms reveal a misunderstanding of a demand thoughtfully crafted by the people most directly impacted by state violence, and ignore a rich history of successful abolitionist organizing that demonstrates the practical necessity and viability of this demand.

This Essay highlights one historical example that reduced the scale of policing in a meaningful way. In the not too distant past, the police functioned as ambulance drivers (what I call “ambulance policing”) in regions across the country. Pittsburgh, Pennsylvania was one such city. The racialized violence and neglect that accompanied policing in Pittsburgh manifested into a Black public health crisis, and sustained investments in ambulance policing failed to remedy its well-established harms. Driven by a need to secure the safety and health of their neighborhoods, Black Pittsburghers catalyzed the creation of a new civilian ambulance program, Freedom House Ambulance Service, that largely existed outside of policing infrastructures. For the years during which it was allowed to operate, it was a triumph. Despite fierce resistance from the police and the program's premature end, the success of Freedom House would go on to transform the practice of emergency medical care and precipitate the end of ambulance policing.

Today, it would be unfathomable to replace existing civilian paramedic services and ambulances with police officers and paddy wagons. After all, the institution of policing has manifested a refusal to care for victims even when they beg for something as basic as air. But just a few decades ago, when confronted with the harms inherent in ambulance policing, advocates of traditional reforms insisted that improved ambulance policing was possible-- that additional training and resources would remedy the injustices. Now, with the advent of modern civilian ambulances, we can acknowledge the futility and danger of reinvesting in police ambulance drivers. Ending ambulance policing was the only pragmatic solution.

Through the history of Freedom House, this Essay illustrates the viability and practical necessity of abolition. Part I provides a brief introduction to police abolition and the demonstrated need for transformative change. Part II outlines ambulance policing in Pittsburgh and the Black public health crisis it created, details the history and success of Freedom House, and explores the city's destructive response to this revolutionary program. Part III then applies the abolitionist framework introduced in Part I and the history of Freedom House chronicled in Part II to analyze current efforts of police reform.

Decades after the eradication of “paddy wagon” ambulances in Pittsburgh, the people continue to mobilize against the violence of policing. In the summer of 2020, protests swelled in Pittsburgh as they did nationwide. Crowds in Pittsburgh reportedly chanted: “They don't lynch us in the trees, they kill our babies in the street.”

There is, of course, much more work to be done. But the lifesaving efforts of Freedom House paramedics helped galvanize a new era of civilian paramedics that, in an incremental but meaningful way, reduced the scale of policing in Pittsburgh and beyond. Fundamentally, the history of Freedom House emphasizes the enduring need for transformative imagination. Although the call to abolish ambulance policing was initially dismissed as unrealistic, it eventually reduced the footprint of policing and transformed our modern understanding of emergency medical care. What abolitionist demands are ignored today as too radical but can, in the near future, be universally essential to our understanding of community care and safety?

J.D. 2015, Stanford Law School. At the time this Essay was written, I was a Senior Attorney at Advancement Project's National Office in their Justice Project and Immigrant Justice Project Programs.