Expanding Public Safety in the Era of Black Lives Matter 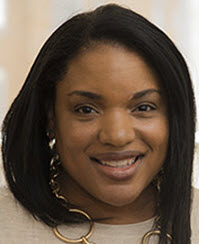 Criminal justice reform may substantially scale back the nation's reliance on mass imprisonment. In recent years, the pace of change has been fairly modest, although it has been reinforced by a shift in consciousness. Today, there is a growing coalition of interests, from Michelle Alexander to Newt Gingrich, working to challenge the rate of incarceration in the United States and promoting strategies and practices that expand the framework of public safety beyond arrest and prison.

A salient part of the national dialogue addresses racial disparities present from the point of arrest to post-incarceration experiences for persons sentenced to prison or jail. Justice-involved individuals experience cumulative disadvantage through each criminal justice interaction, often resulting in racial disparity for African Americans and Latinos, who comprise fifty-six percent of the incarcerated population, yet only thirty percent of the United States population. Some factors that exacerbate racial disparity happen outside the criminal justice system and include structural inequality that is central to conditions for high rates of violent crime in some communities of color.

Conversations, animated by recent police killings of unarmed black men, women, and children, have led to a national dialogue on the fundamental strategy of public safety. Current approaches rely on reinforcing the law enforcement apparatus from the point of arrest to sentencing to supervised release for individuals in the criminal justice system.

Yet, the narrative of “Black Lives Matter” offers a new framework for policymakers, activists, practitioners, and other stakeholders to think about a public safety strategy not solely defined by arrests and admissions to prison. Evidence-based research strengthens awareness that public safety interventions can exist outside of law enforcement interactions.

The idea that persons convicted of violent offenses may age out of crime has particular relevance in the era of Black Lives Matter politics. Many of the youth sentenced for homicide and other violent offenses were raised in areas of concentrated poverty and personally experienced violence themselves. The underlying structural issues that lead to violent crime require policy solutions outside of the criminal justice system. However, policymakers, practitioners, and other criminal justice stakeholders should consider solutions that align to not only decrease contact with the criminal justice system but are demonstrated to reduce criminal offending and severity of punishment. There are current opportunities for criminal justice reform that support the broader framework of Black Lives Matter and may influence new approaches to public safety. The political environment to address criminal justice policy has shifted over the past twenty years to recognize that the scale of incarceration has diminishing returns and there are moral and fiscal reasons to reduce the nation's prison population.

At the federal level, Congress reduced the quantity-based sentencing differential between federal crack and powder cocaine convictions that resulted in significant racial disparities and excessive penalties. According to Cracked Justice, “[t]he bipartisan measure addressed the 100-to-1 disparity that punished defendants with five grams of crack cocaine (also known as cocaine base) with the same five-year mandatory minimum penalty imposed on powder cocaine defendants with 100 times that amount,” and reduced the disparity to 18-to-1. Several states have reformed laws impacting admissions to prison and length of confinement in an effort to control correctional spending and manage prison populations.

Reducing the scale of the nation's prison population may free up resources to prioritize interventions that strengthen public safety. In recent years, several states have moved to shut down prison facilities following declines in the incarcerated population and the need to reduce correctional spending.

Director of Advocacy for The Sentencing Project.