The Thirteenth Amendment, Prison Labor Wages, and Interrupting the Intergenerational Cycle of Subjugation 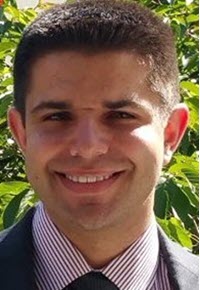 On September 9, 2016, more than 24,000 prison inmates and even some corrections officers across twelve states began a weeks-long protest. This protest took the form of the largest prison strike in U.S. history and was commenced to organize "against slavery in America"; the protest brought attention to prison labor conditions, with prisoners hoping to find protection from the exploitation of the Thirteenth Amendment to the United States Constitution. The strength of the strike prompted prison officials to withhold newspapers, shut down prisoners' access to social media accounts, and place prisoners on lockdown in an attempt to disrupt the organizing efforts and end the strike.

The Thirteenth Amendment states, "Neither slavery nor involuntary servitude, except as a punishment for crime whereof the party shall have been duly convicted, shall exist within the United States, or any place subject to their jurisdiction." Our Constitution banned slavery of all men, women, and children more than 150 years ago but preserves it for those who committed a crime. Convicts may be forced into labor without compensation.

According to data collected by the Bureau of Justice Statistics, the prison labor industry consists of 870,000 inmates. For those inmates, earning minimum wage would constitute a windfall. On average, prisoners earn $0.20 per hour if held in a state prison and $0.31 per hour in a federal prison. For reference, a day of work might earn a prisoner enough to buy a bar of soap or make a short phone call. One might justify compensating prisoners with such low wages by citing the high cost of incarceration. In fact, the cost of incarceration has become so burdensome that forty-three states have laws authorizing prisons to charge inmates fees for room and board.

The justification for charging inmates room and board fees and paying them pennies on the dollar turns on whether one believes that the criminal justice system is, in fact, just. If criminals deserve to be punished for their crimes, then surely they should contribute to the cost to literally repay their debt to society. However, if the efficacy of our criminal justice system comes into doubt, so does the justification for charging men, women, and, in some instances, children for the privilege of incapacitation.

Regrettably, our criminal justice system wants for criticism like its cells want for residents. The U.S. is home to 25% of the world's prisoners despite having only 5% of the world's people. We incarcerate 693 out of every 100,000 people in our country. That amounts to more than 2.2 million people. The only country with a higher incarceration rate is Seychelles, an African country with a population fewer than 100,000. When comparing our incarceration rate to our more comparable North Atlantic Treaty Organization (NATO) allies, our rates dwarf theirs. Great Britain is the NATO country with the next highest incarceration rate, and our rate is more than four times as large. Russia incarcerates its citizens at a rate almost 40% lower than the United States. Despite having the second-highest incarceration rate, our country is only forty-fourth on the crime index ranking.

Further, evidence suggests that imprisonment does little to reduce the crime rate. Other evidence shows that prison has a criminogenic effect, meaning that imprisonment can actually lead people to commit more crimes after release. Prisons offer little rehabilitative programming and often release individuals back to communities without money, job prospects, access to social safety nets, or funding to pursue higher education leaving them vulnerable and likely to recidivate. Research shows that 39% of the prison population is incarcerated despite presenting no threat to public safety, and alternatives to incarceration would be effective for 25% of the prison population. As a result, incarceration can increase recidivism and, at times, offers no benefit to public safety.

This Comment argues that meager or no compensation for prisoners, who are disproportionately black and other persons of color, entraps them and their children in a cycle of subjugation that dates back to the days of slavery, and this Comment proposes to interrupt this cycle by setting a minimum wage for prisoners and creating college savings accounts for their children. As part of the cycle, when people enter prisons and the doors behind them close, so do their families' bank accounts and the doors to their children's schools. At the same time, the cells next to them open, ready to welcome their children.

Part I of this Comment argues that the history and exploitation of the Thirteenth Amendment and laws leading to mass incarceration have led to the targeted and cyclical imprisonment of people of color, particularly the black community. This history must be considered when examining the harms of prison and possible remedial policies because it shows how the cycle deliberately entrapped its victims.

Part III argues for a two-tiered approach to interrupting the cycle of subjugation: paying prisoners real wages for their labor and allowing them to create savings accounts for their children's education.

The intergenerational cycle of subjugation, based on racially targeted criminal laws, has created racial disparities in the prison population. Meager or no compensation for prisoner labor harms both the prisoners and their children. It harms prisoners who, upon release, have no resources and often have substantial debt. These factors lead to recidivism and further incarceration. It harms prisoners' children because the children are deprived of an income source, subjecting them to factors that increase the likelihood of their own incarceration.

Unless active measures are taken to help those within the cycle of subjugation, the cycle will continue as it has for centuries, uninterrupted. Allowing prisoners to pay down debts, build savings, contribute to their families, and save for their children's education would interrupt the cycle and give children the opportunity to find a way out.