Why the Black Man Is Really Gray 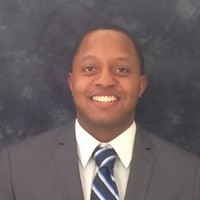 It is no secret that racism and discrimination have an extensive, divisive history in America. From slavery to Jim Crow to the recent string of shootings of unarmed Black men, America has been riddled with issues involving racial prejudice and inequality. Although our national history of racism has improved immensely, there is still much progress to be made before "all men are created equal" is a factual reality.

Today, there are more Black adults incarcerated and under correctional supervision than were enslaved in 1850. According to the 2010 U.S. Census, Black individuals comprise thirteen percent of the nation's total population, but account for forty percent of the nation's incarcerated population. Mass incarceration, while a result of racism, also causes it. In her groundbreaking book The New Jim Crow, author Michelle Alexander likens the mass incarceration of Black and Brown men today to the Jim Crow laws that enforced racial segregation and nurtured inequality in the 1950's. The War on Drugs, along with modern-day debtors' prisons and private prisons, also nurtures mass incarceration, in turn furthering racial inequality.

The publicity of extensive police brutality toward Black individuals also reflects present-day racial oppression. In 2017, there were 987 individuals fatally shot by the police. Of these, twenty-three percent were Black. Further, Black men are about three times more likely to be shot and killed than their White counterparts. What is most outstanding about this oppression is that the officers involved are rarely held accountable for their misconduct. As noted by CNN, in the twelve-year span between 2005 and April 2017, only eighty police officers were arrested on "murder or manslaughter charges for on-duty shootings." During this same period, there were roughly 12,000 police shootings. And of the officers charged, only "[thirty-five percent] were convicted, while the rest were pending [conviction] or not convicted."

The entertainment and sports industries also have a long history of perpetuating racial oppression. From the Negro leagues to the use of "blackface" in theatrical performances to the recent allowance of rap lyrics as evidence in criminal proceedings, racism in the entertainment and sports industries seems to be ever-present. For example, Black, first-time NFL head coaches are hired less than White first-, second-, third-, and fourth-time head coaches. In fact, "teams had hired [W]hite head coaches 120 times in 141 chances over the past two decades ... [s]econd-, third- and fourth-time white head coaches outnumber all minority hires by a 40-21 margin during that span." The entertainment industry is no different in this respect. Less than one percent of television stations are owned by Black individuals. Specifically, only ten television stations are owned by Black individuals, which is an increase from last year's figure of two.

This Article discusses the reasons for the pervasive discrimination in modern society, and how the constant depictions of negative racial stereotypes in the news, sports, and entertainment industries have fueled the mass incarceration of, and police brutality toward, Black individuals.

Part II examines the root causes of police brutality against Black individuals and highlights the low rates of convictions for police shootings.

Part III parallels the depictions and treatment of Black individuals in sports and entertainment with the racial inequalities faced in the criminal justice system. The conclusion provides recommendations and solutions to promote change in a racist society.

"No consolation prize for the dehumanized. For America to rise it's a matter of Black Lives. And we gonna free them, so we can free us. America's moment to come to Jesus"

First, the vestiges of the Jim Crow era, maintained through various institutions, must be abolished. There must be a shift in the criminalization of drugs and addiction, which disproportionally targets minority communities. There must be a robust federal and state public defender system. This system should be adequately funded by the taxpayers and organized regionally. Likewise, modern-day debtors' prisons must be done away with. Community service, like clearing trash and cleaning up parks, is a better way for debtors to pay off their fines. "Michigan, in some cases, allows people to reduce their debt by meeting education requirements like getting a GED diploma." This is a much better alternative. Private prisons should also be abolished. Alternatively, private prisons need meaningful oversight and accountability, improvement of safety conditions, and better training for staff and guards.

Second, there needs to be meaningful police training and accountability. Police need training on implicit bias. Understanding and being aware of possible unconscious biases will likely help police perceive real threats and simply not "Black" threats. In addition, homicidal officers need to be convicted at higher rates, because convictions and sentencing provide for greater accountability and deterrence. Additionally, the media needs to focus on the actual circumstances surrounding police shootings, and less on the characteristics of the victims. Put in a nutshell, victims should not be demonized.

Lastly, the sports and entertainment industries must provide more opportunities for minorities and these opportunities should not simply be in usual or stereotypical positions, but in leadership and executive roles. It is also time to give awards to Black actors and directors for movies and roles other than those depicting negative racial stereotypes. Specifically, the association of criminality and Black needs to stop; there cannot be advancement if all a Black individual will ever amount to is a "thug." These changes would ideally help shift the cultural depictions of Black men and women and would aid in the eradication of racism and discrimination.

Meikhel M. Philogene is a graduate of American University Washington College of Law.