Speaking of Prosecutors: Deceptively Descriptive on the Surface with a Heavy Normative Undertow 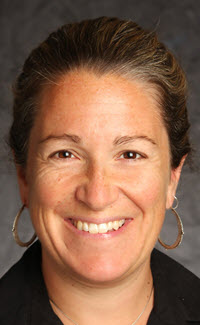 The American mass incarceration crisis and the collateral consequences that flow from it are long standing and well documented, but the United States has only lately begun grappling with its international leadership in political penal punitiveness. Going to back to William Stuntz's groundbreaking discussion of the Pathological Politics of Criminal Law in the United States, both the scholarly literature and the popular dialogue surrounding mass incarceration have largely focused on the role of legislatures or the police in driving the incarceration crisis, ignoring the role that prosecutorial politics and power have played in it or alluding to it only in passing. It is for this reason that Maximo Langer and David Alan Sklansky's edited volume, Prosecutors and Democracy, which contains comparative perspectives about the respective roles that prosecutors and democracy have in shaping one another, is so timely.

I have previously written about the conflicts of interest that conviction-based performance measures in American prosecutors' offices create, by incentivizing prosecutorial overcharging, a leading--but often unexplored-- contributor to mass incarceration in the United States. Recent media coverage of the so-far stalled attempts at national criminal-justice reform have hinted at the role that prosecutors have played in the dysfunctional politics of crime in the United States. That is why it is so exciting to see a comparative scholarly perspective on prosecutorial accountability at this moment in time.

While dedicated to the role of prosecutors in international contexts more broadly, much of the sprawling collection of book chapters sheds light on both the role of prosecutors in driving dysfunctional penal policies and their insulation from accountability for that role in the United States. While the collection is framed as a comparative study and appears, on its surface, to be a descriptive comparison of various prosecutorial models of accountability, taken together, many of the chapters read more like a collective critique of the dysfunctional politics of American prosecution. As David Sklansky notes in his final chapter of the collection: "Europe relies on hierarchical oversight to guide prosecutors and to keep them in check. Americans prize local democratic control, so we [attempt to] do with elections what Europeans do with multi-tiered bureaucracy." He describes the resulting contrasting views on the role of prosecutors in the United States and Europe, with the traditional American prosecutorial archetype being an adversary, working closely with the police, and exercising a great deal discretion and the traditional European prosecutorial archetype being an inquisitor or adjudicator, and officer of the court, and an agent of the law.

The study of prosecutorial discretion and accountability is a sprawling and well-canvassed field and a challenging one in which to find fresh, original contributions. There is a wide variation in the way that different countries organize and regulate their prosecutors and in the national legal cultures in which those prosecutors operate, and the contributors to this collection explore democratic values that affect the prosecution function around the democratic world. In doing so, they focus on themes that bear on the role of prosecutors in shaping criminal-justice systems at the macro level: discretion, supervision, oversight, accountability. One of the themes of the edited collection is the tension between prosecutorial independence and accountability, which has already been explored extensively in the literature of criminal-law theory.

What the insights in this collection of essays contribute to this discussion is in their sometimes explicit and sometimes unspoken links to the tough-on-crime electoral politics of American prosecution, a particularly salient topic at this moment in time. None of the book chapters explicitly discusses the fact the United States is alone in the developed world in electing most of its prosecutors (and mostly in partisan elections in which the incumbent runs unopposed for reelection) because this fact is well known to any student of comparative criminal law. Nonetheless, recognizing the dark side of "accountability" efforts, particularly when accountability comes in the form of electoral politics or hierarchical prosecutorial decision making, is an important first step to unpacking the magnitude and quality of prosecutors' contributions to deeply punitive American carceral state.