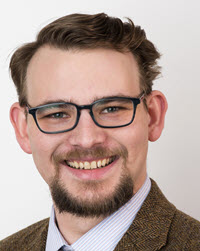 The State of Texas carried out more than one third of all executions since 1976, when the Supreme Court ruled that capital punishment did not necessarily violate the Eighth Amendment. It is not so surprising that some critics gave the Lone Star State a new moniker: "Death Penalty Capital of the World." Much more remarkable is the extent to which a single jurisdiction contributed to Texas's notoriety. Harris County is responsible for 23 percent of all executions in Texas as of December 16, 2017-- a far greater share than any other county. But to stop at this statistic would understate its significance. Having put 126 prisoners to death, this single county in Texas has executed more people than any state in the nation. Perhaps the most striking aspect of this aberration in justice is the banality of its cause: this county sent dozens to the proverbial gallows pole simply because a single District Attorney, exercising his discretion selectively and systematically for decades, made it so.

If nothing else, the case of Harris County, Texas, warrants a broader examination into the exercise of prosecutorial discretion at the local level. Although relatively few states currently struggle with disproportionate executions, the practice of mass incarceration exacerbates racial disparities in prison populations nationwide. The Midwest's most extraordinary outlier is the State of Iowa, which in 2016 had the third-highest rate of adult black male incarceration--one in every 17--and the fourth-worst black incarceration rate overall. Just as Harris County contributed heavily to Texas's reputed propensity for capital punishment, could it be that a single Iowa county is largely responsible for that state's disparity in prison population?

This Note suggests that the deliberate policy of the Black Hawk County Attorney's Office has made that county the largest disproportionate contributor to racial disparities in Iowa prisons. If this is the case, it is an injustice that stems from a consistent pattern of filing more serious charges against a relatively high proportion of African-Americans and convicting on those charges at elevated rates. Iowa's prosecutors, legislators, and judicial authorities have always had the power to address this ongoing issue; the solution lies in building incentives for them to do so.

First, in Part II, this Note surveys the demographic makeup of Iowa's prisons relative to the state's overall population, provides some historical context to the largest source of the racial imbalance, and summarizes competing perspectives on the prosecutors' role in the criminal justice system.

In Part III, this Note evaluates the hard data on convictions in eight of Iowa's largest counties to draw conclusions about how prosecutors in different jurisdictions are exercising their discretion.

Finally, in Part IV, this Note discusses the possibility for reform through electoral politics, the need for comprehensive data collection, and the role other authorities in Iowa could play in ending the disproportionate incarceration of African-Americans.

Data on county-level patterns of charges and convictions strongly suggest that the disproportionate racial makeup of Iowa's prisons is rooted deeply in the prosecutorial discretion exercised by a few of the state's County Attorneys. The disparity appears to arise from jurisdictions such as Black Hawk County, where the complex intersection of race and class has increased the majority-white community's tolerance for selective prosecution of African-American defendants for more serious offenses. Though the possible election of reform candidates could be a mitigating factor, the ultimate resolution of this problem requires strong legislative and judicial oversight